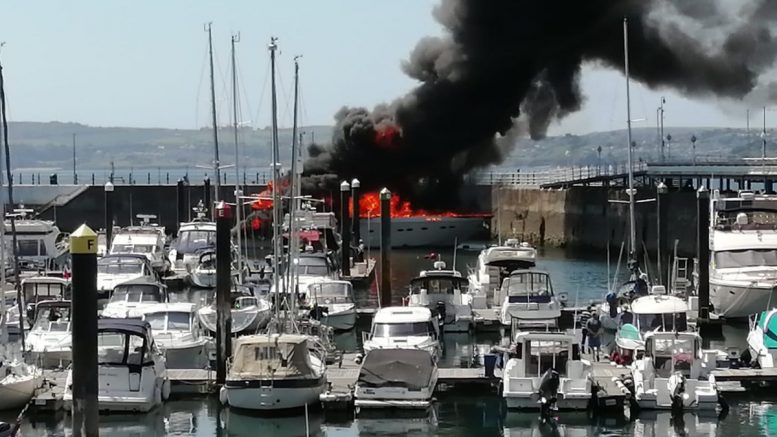 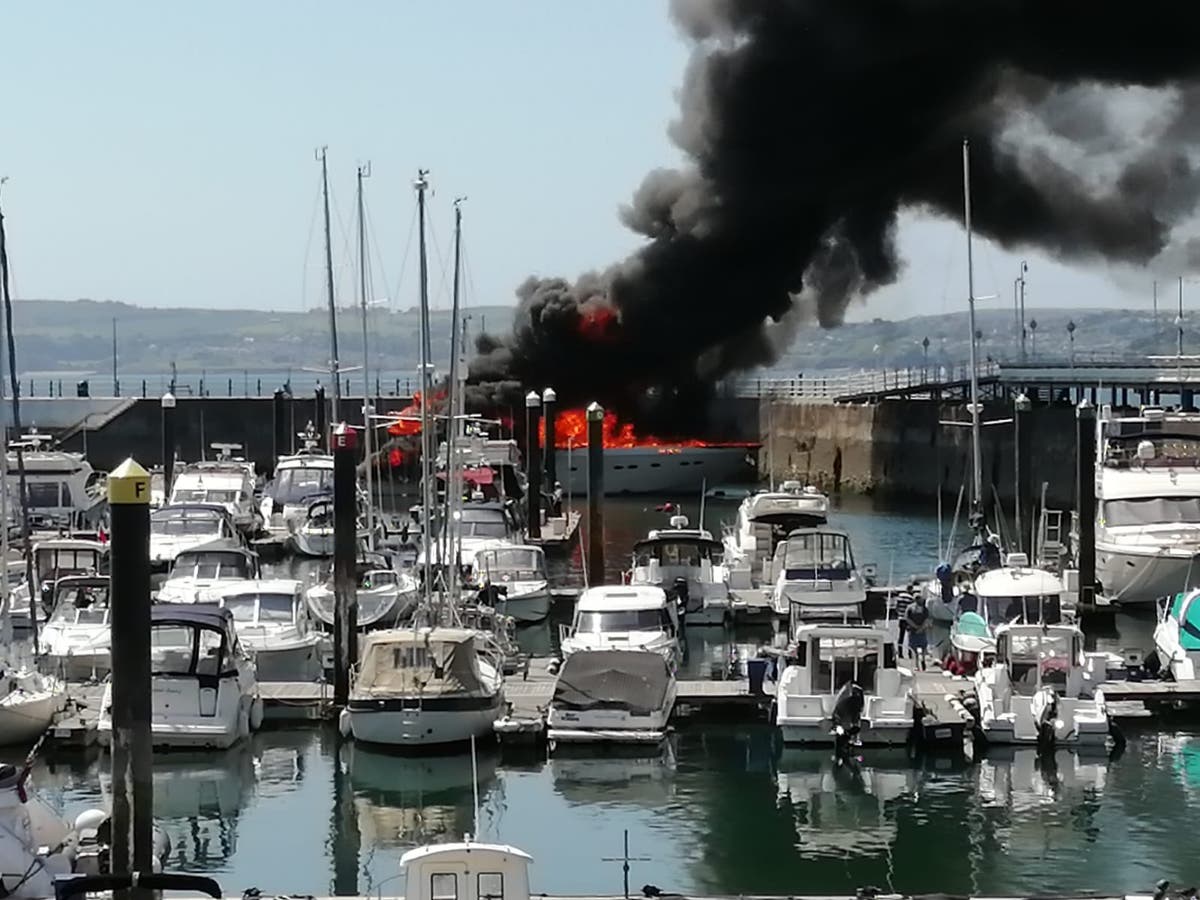 Devon and Somerset Fire and Rescue Service says it has five fire appliances at the scene of the blaze, which has ripped though the 85ft vessel.

A Devon and Cornwall Police spokesman said: “Police were called at 12.10pm today to Princess Pier in Torquay following reports of a fire on a yacht moored in the marina.

“The boat is believed to be well alight and had broken from the mooring. It has now been secured by the Fire service near the pier.

“There have been no reported injuries at this time.

“Emergency services remain at the scene where the incident is ongoing.

“Due to levels of smoke and fumes we are asking residents in the area to keep their doors and windows shut at this time.

“Members of the public are also urged to avoid the area and beaches are being cleared by officers for public safety.”

Drew Parkinson, Coastguard area commander for South Devon & South-East Cornwall Coastline, tweeted: “We currently have Coastguards from across Devon and Cornwall assisting (police) with a full closure of Torquay seafront.

Cat Jones,  a Liberal Democrat member of Torbay Council who witnessed the blaze, tweeted: “A yacht is on fire by Torquay marina it’s like a fire ball!”

UK Covid news LIVE: Researchers working towards one vaccine for many variants