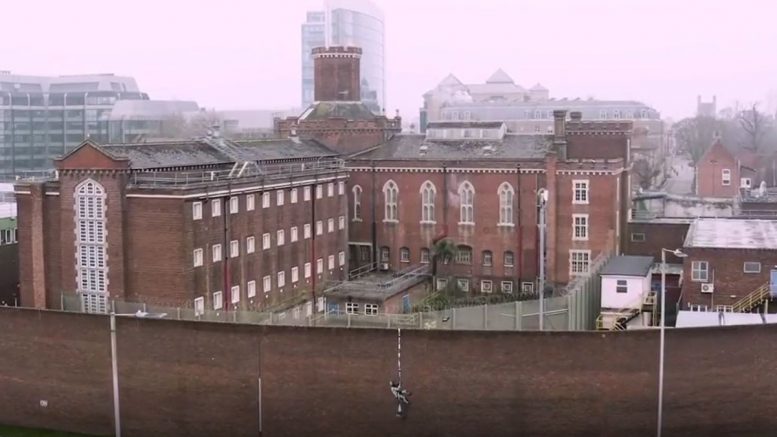 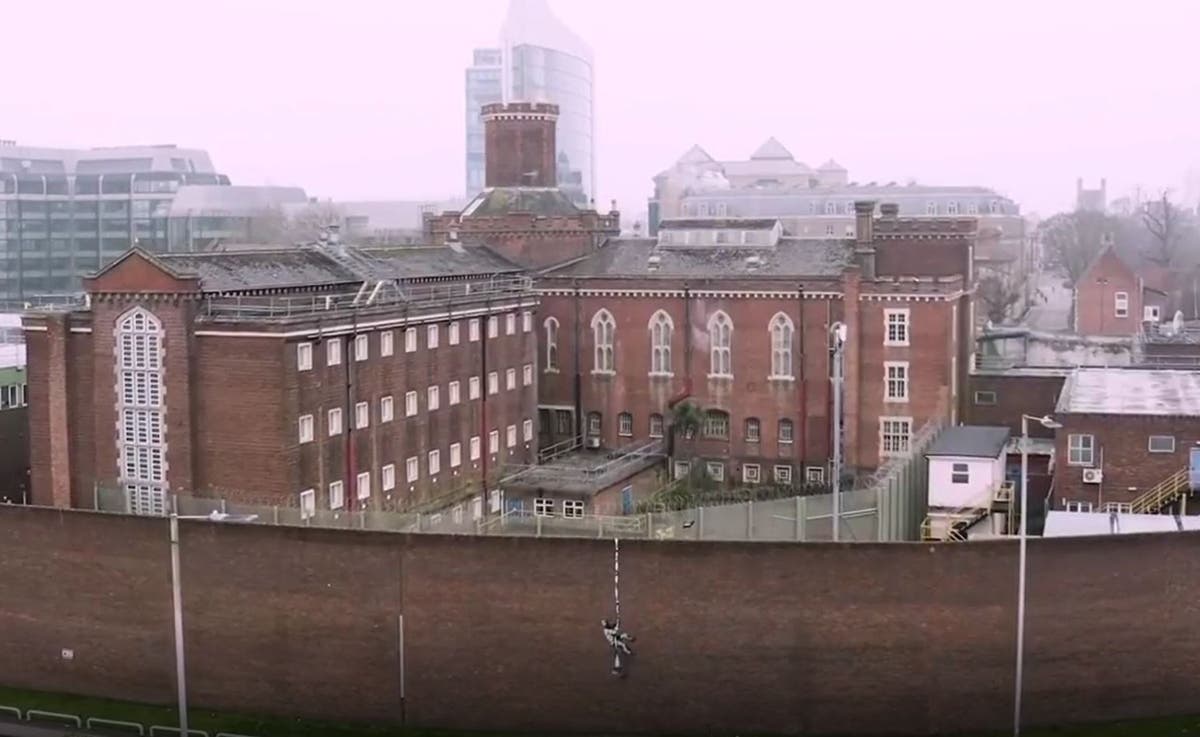 anksy has offered to raise millions of pounds to boost a bid to transform a prison which once held Oscar Wilde into an arts centre.

Campaigners hope the move will prevent the Grade-II listed HMP Reading from being sold to housing developers.

The anonymous street artist hopes to transform the Berkshire prison into a “refuge for art” with a possible £10 million from the sale of a stencil used for the artwork he painted on the side of the prison in March, the Sunday Times reports.

His contribution, together with Reading Borough Council’s, would bring the offer for the former jail to an estimated £12.6 million.

Banksy said: “I had very little interest in Reading until I was on a rail replacement bus service that went past the jail. It’s rare to find an uninterrupted 500m-long paintable surface slap bang in the middle of a town – I literally clambered over the passenger next to me to get a closer look.

“I promised myself I’d paint the wall even before I knew what it was. I’m passionate about it now, though.

“Oscar Wilde is the patron saint of smashing two contrasting ideas together to create magic. Converting the place that destroyed him into a refuge for art feels so perfect we have to do it.”

The Bristol-based artist’s mural depicted a figure, considered to be Wilde, abseiling from the perimeter wall from bedsheets with a typewriter.

The stencil went on display at Bristol Museum and Art Gallery earlier this month as part of an exhibition by the artist Grayson Perry for his Channel 4 series Grayson’s Art Club.

Wilde was held at the prison, formerly known as Reading Gaol, between 1895 to 1897 after being convicted of gross indecency when his homosexual affair with Lord Alfred “Bosie” Douglas was exposed.

While incarcerated, Wilde wrote De Profundis, his letter to his former lover and, after his release, recounted his time there in The Ballad Of Reading Gaol.

The jail was built on the site of the medieval Reading Abbey, a monastery founded by Henry I – son of William the Conqueror.

Henry is believed to have been buried under the altar, now thought to be under the prison car park or walls.

Matt Rodda, Labour MP for Reading East, said the concept of using the prison to house arts has been proved by past exhibitions and he planned to raise an urgent question in Parliament this week to put ministers “on the spot” with the offer.

“For so many reasons it’s absolutely right this building is preserved and used in a constructive way rather that just being gutted and turned into flats or some other thing.”

Jason Brock, Reading Borough Council leader, said: “We very much welcome the attention that Banksy’s interest in Reading Gaol has placed on both the MoJ’s (Ministry of Justice’s) sale of the vacant prison and on the council’s ambition to transform it into an hub of arts, heritage and culture of local and national significance.

“The council has had only informal approaches from representatives of Banksy to date, but no detailed discussions.

“Our bid remains firmly on the table and has widespread support – both from within the community here in Reading and from the wider arts, heritage and cultural community – all of whom recognise the prison’s huge historical and cultural value.”

The Ministry of Justice said: “The deadline for bids has passed and we are currently considering the ones we received.”

Thousands queue overnight in Edinburgh to pay respects to Queen