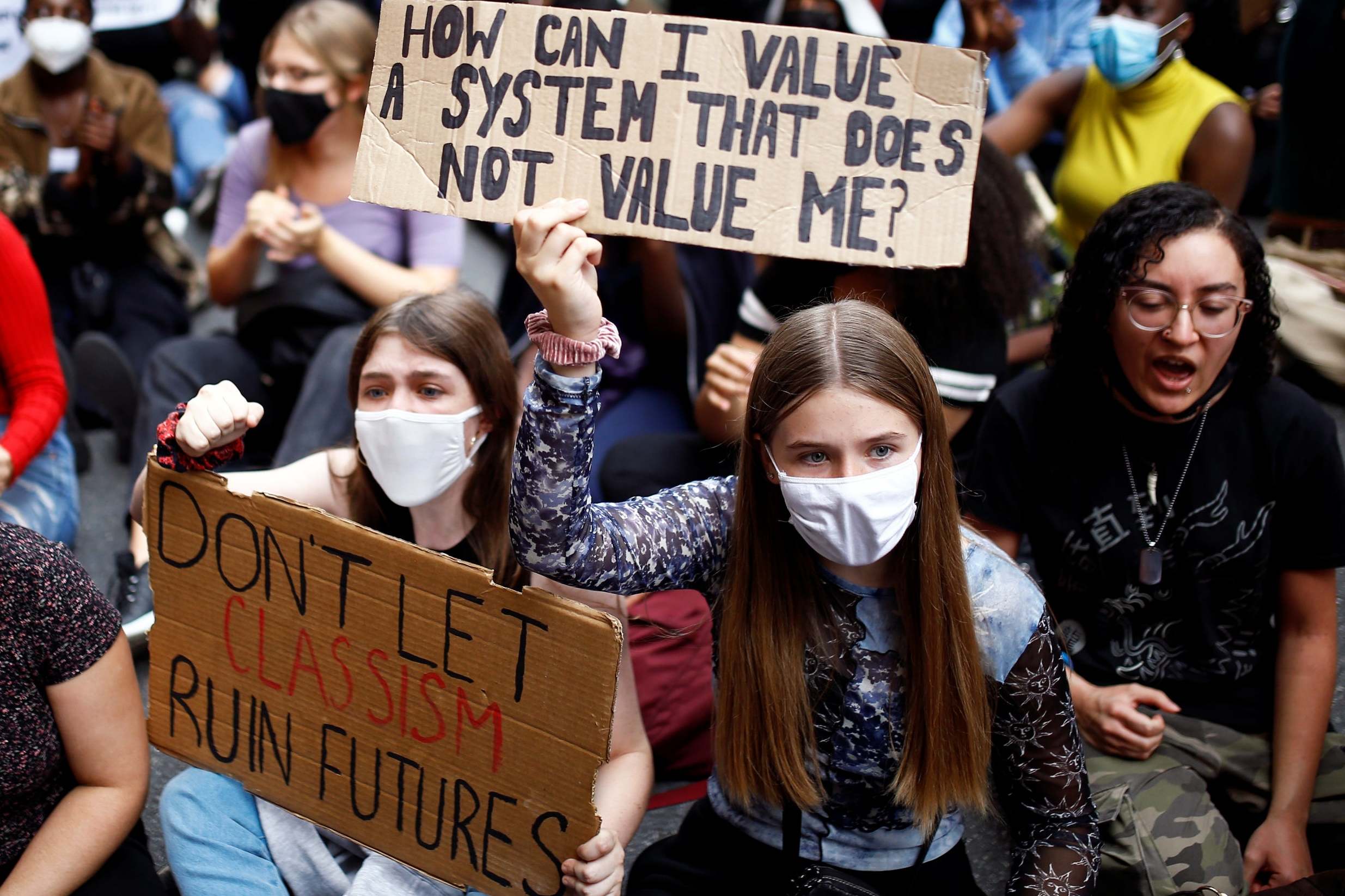 Boris Johnson was today given a 24-hour deadline by furious Tory MPs to sort out the A-levels “shambles” amid public criticism of the Government from the exams regulator Ofqual.

The political crisis deepened as members of Ofqual’s advisory group appeared to blame Education Secretary Gavin Williamson for the unprecedented blighting of tens of thousands of students’ academic records.

Professor Tina Isaacs, a member of the group, claimed the regulator’s job was made impossible “when policy shifts every 12 to 24 hours” and warned that Thursday’s GCSE results would see “another wave of…potentially student grades that did not reflect the grades their teachers awarded them”.

Mr Johnson was understood to be in Scotland this morning at the start of his holiday but was being kept briefed of the situation.

Back in Westminster, pressure on him to break off from his holiday and take charge increased as:

Today’s outcries came after a shambolic weekend in which Ofqual published details of an appeals system based on mock exams, only to withdraw it eight hours later.

Professor Isaacs told BBC Breakfast: “Ofqual’s role is to carry out government policy. And when policy shifts every 12 to 24 hours, Ofqual then has to deal with it as best as it can.”

“It is up to Ofqual and especially the Government to try to put in place something that will claw back some of that public confidence.”

Mr Halfon also said that if Ofqual and the Government failed to make “robust” improvements then they should follow Ms Sturgeon.

“It needs to be sorted out within the next 24 hours,” he told the Evening Standard. “Pupils, schools and parents cannot wait any longer. Otherwise there will be no option but to go down the Scottish route.”

He called on Mr Johnson, who was due to start his holiday today with fiancée Carrie and their baby Wilfred, to take charge of explaining the changes to the public.

“I think the Prime Minister should today or tomorrow get out there and set out how the system is going to be sorted out,” he said. 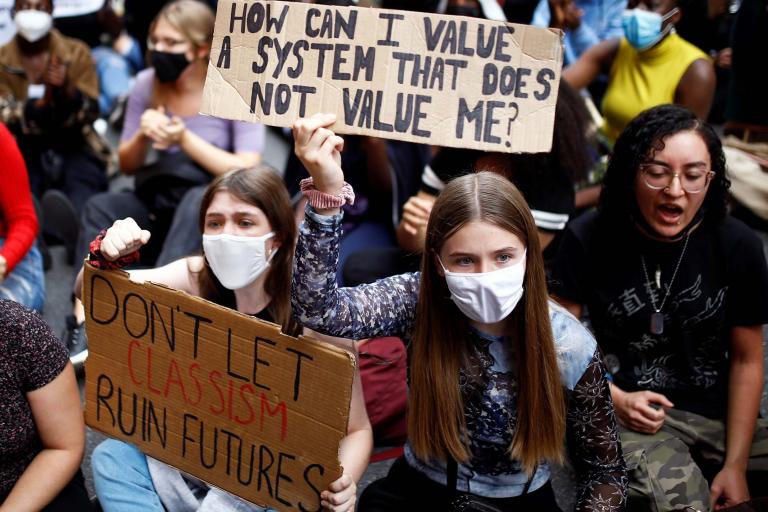