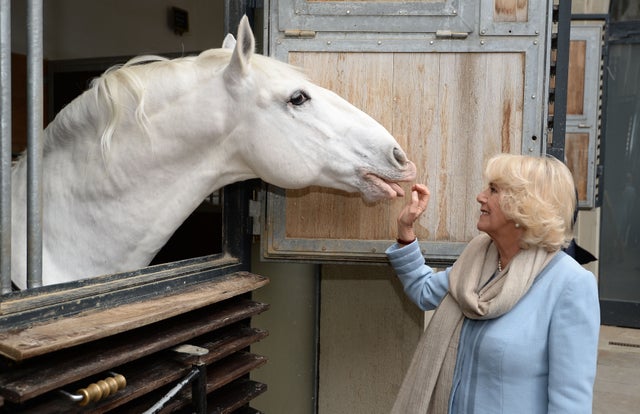 he Duchess of Cornwall is the former royal mistress who will now stand shoulder to shoulder as Queen with the Prince of Wales when he becomes King.

Camilla’s public image has been transformed after she was initially cast as the third person in the Prince and Princess of Wales’ marriage, before becoming a campaigning member of the monarchy prepared to serve the nation.

Underneath, she was the down-to-earth Sussex girl who grew up with a love of horses and happened to fall in love with a prince.

During the 17 years she has been married to Charles, the duchess has grown into her role and is now an assured royal host when staging events at Clarence House and a confident representative of the Queen when invited to foreign lands.

She is patron or supporter of a number of literacy charities, speaks out in support of victims of domestic violence and champions several animal welfare organisations.

But her most significant role is supporting the prince and being the comforting presence at home that enables him to take on the role of heir to the throne.

Born on July 17 1947 in London, Camilla is the daughter of Bruce and Rosalind Shand.

She grew up in rural Sussex and was educated at the Queens Gate School in South Kensington, before finishing school in Switzerland and France.

The prince first met fun, confident Camilla on Windsor Great Park polo field in 1970 when he had just left Cambridge University, a year before he joined the Royal Navy.

Legend has it that she was the one to remind him of a long-standing liaison between her great-grandmother Alice Keppel and King Edward VII.

When “My great-grandmother was your great-great grandfather’s mistress – How about it?” she is supposed to have asked.

No marriage proposal came despite the closeness between the pair and in 1971 Charles joined the Navy. The relationship cooled as he dedicated himself to duty and long periods away at sea.

Camilla subsequently wed cavalry officer Andrew Parker Bowles in 1973 and Charles married Diana in 1981 – but at some point in the 1980s it is thought their romance resumed.

In 1994, Charles had confessed to adultery in a TV interview with broadcaster Jonathan Dimbleby, but only after his marriage had “irretrievably broken down”.

The following year Diana made the revelation in the BBC Panoroma documentary “Well, there were three of us in this marriage, so it was a bit crowded,” a reference to Camilla.

After Charles and Camilla both divorced – and Diana died in l997 – the duchess’ emergence as the prince’s long-term partner was part of a carefully planned PR campaign masterminded by the heir to the throne’s spin doctor Mark Bolland.

Their first public appearance together was outside the Ritz hotel in London in 1999, dubbed Operation Ritz, where the mass of waiting photographers had been tipped off.

The culmination of the romance was a marriage between the long-time lovers who wed in a civil ceremony at Windsor Guildhall on April 9, 2005.

With Camilla by his side, Charles appears more relaxed and many times during royal events she has cajoled and encouraged him to try something new or have some fun.

Now the Queen’s wishes have bestowed upon Camilla the ultimate accolade in recognition of her importance to Charles and the monarchy.