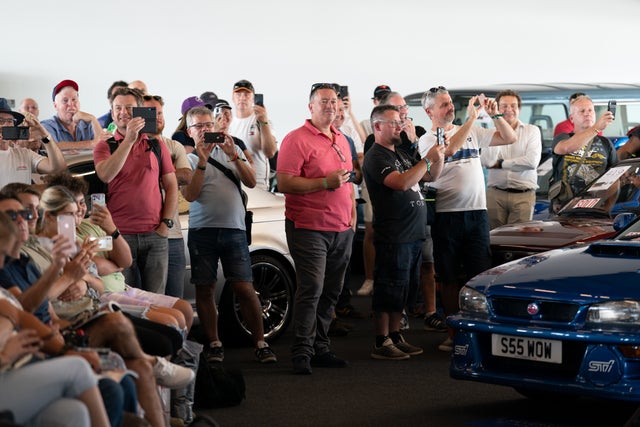 The black Ford Escort RS Turbo, driven by Diana from August 23 1985 to May 1 1988, sold to a UK buyer at the Silverstone Auctions sale on Saturday.

Diana was previously pictured with the RS Turbo Series 1 outside the boutique shops of Chelsea and the restaurants of Kensington.

She preferred to drive her own car and had a member of the Royalty Protection Command (SO14) in the passenger seat.

The car is believed to be unique as the first and only black RS Turbo Series 1, as agreed by S014 and the Ford PR department for reasons of discretion, instead of the only-white manufactured model.

The Ford factory’s special vehicle engineering department was tasked to supply the car and it fitted a regular five-slat front grille to assist in the “stealth makeover”.

There was also a secondary rear-view mirror for the protection officer with a radio in the glove box, with the cable still visible.

Arwel Richards, classic car specialist at Silverstone Auctions, said it was “an incredible result” with “fierce bidding” and a packed room.

“The car exceeded all expectations,” he said, adding that it was a “top ten world record for its type”.

Mr Richards said: “The selling price of £650,000 plus 12.5% buyer’s premium shows that a unique Ford can sell for supercar money.”