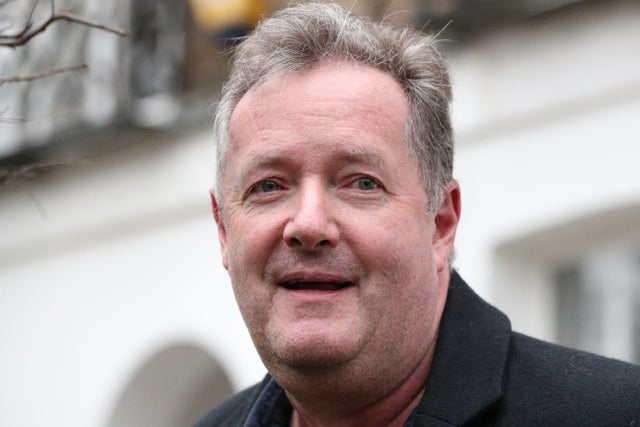 ormer US president Donald Trump has slammed Piers Morgan after an edited clip promoting an interview appeared to suggest he had stormed out.

The 57-year-old TV presenter posted a dramatic video trailer for his interview with Mr Trump, which will air with the launch of his show, Piers Morgan Uncensored, next week.

The 30-second advert shows the pair clash over Mr Trump’s baseless claim that the election was rigged, and appears to show him storming off camera in what is dubbed, “the most explosive interview of the year”.

But in a statement, Mr Trump alleged the clip was doctored to make him look bad.

“Piers Morgan, like the rest of the fake news media, attempted to unlawfully and deceptively edit his long and tedious interview,” he said.

“He wanted to make it look like I walked out on the interview when my time limit of 20 minutes went over by an hour.”

It added: “The interview was actually very strong on the 2020 Election Fraud, with me calling him a “fool” if he truly believed those results”.

During the interview, the former president, 75, appears to become angry when Morgan tells him that the 2020 election was “free and fair” and “you lost”.

Mr Trump responds: “Only a fool would think that”.

Morgan then asks Trump if he thinks he is a fool, to which he responded, “I do now, yeah.”

Morgan made his return to ITV on Thursday, a year after storming off Good Morning Britain during a discussion about the Duchess of Sussex.

Morgan arrived on the set of Lorraine to the sound of Guess Who’s Back by Eminem before discussing his new interview with Trump.

He said of Mr Trump: “He says it was a rigged election and he now says I have a rigged promo. All I would say is watch the interview – it will all be there.

“We won’t be doing any duplicitous editing. The president, I am afraid, got very heated with me because he thinks that he should have won the last election.

“He has taken it very badly that he didn’t and he has concocted a story with no evidence so far that it was all fraudulent, that the voting system was fraudulent and that he somehow had it stolen.

“I said to him, ‘I don’t believe that, I think you lost’ and he didn’t like that, so we had a very animated and heated discussion about it, which I think people will find fascinating.”

Morgan then pretended to storm off the set of Lorraine, echoing his surprise departure in March last year.

The 75-minute interview will be screened via TalkTV on Monday at 8pm.