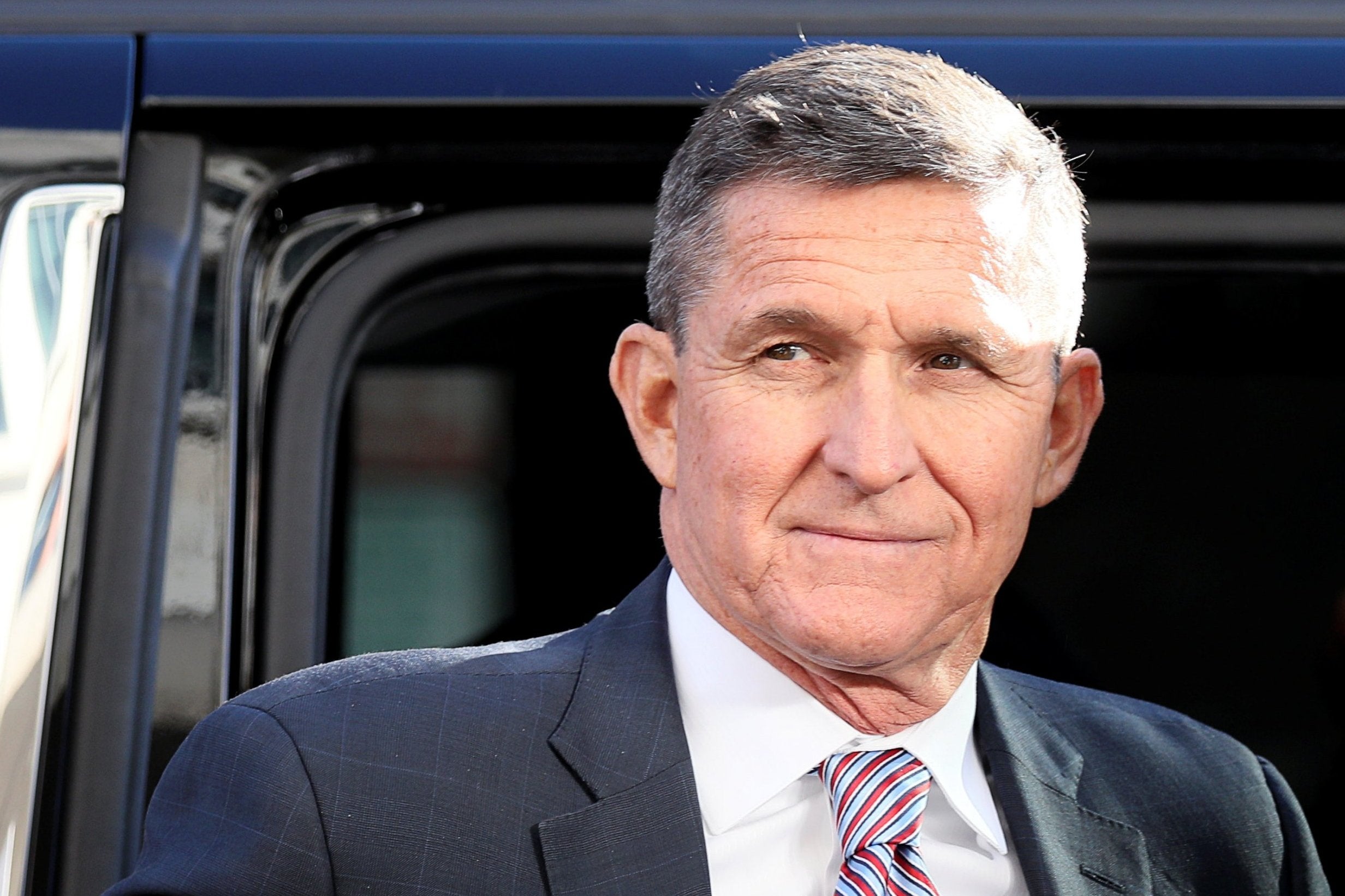 onald Trump has pardoned his first national security advisor Michael Flynn who pleaded guilty to lying to the FBI about clandestine contacts with a Russian official.

Mr Trump announced the pardon in a tweet in which he said he was honoured to exonerate the retired general. Flynn had not been sentenced following his conviction.

The message said: “It is my Great Honor to announce that General Michael T Flynn has been granted a Full Pardon.

“Congratulations to @GenFlynn and his wonderful family, I know you will now have a truly fantastic Thanksgiving.”

Mr Trump is expected to offer pardon to a string of key aides before he leaves office on 20 January.

Mr Stone was sentenced to more than three years in prison, after being found guilty of obstruction, lying to Congress and witness intimidation.

But he served just 24 days in the White House before Mr Trump fired him for lying to Vice-President Mike Pence about a conversation in which he told Russian ambassador Sergey Kislyak Moscow should not respond to sanctions imposed by the Obama administration.

As part of a deal with Mueller, Flynn pleaded guilty to lying to the FBI.

In January this year Flynn sought to withdraw his guilty plea, prompting a drawn-out legal battle between the presiding judge and the Department of Justice during which Trump repeatedly voiced his support.