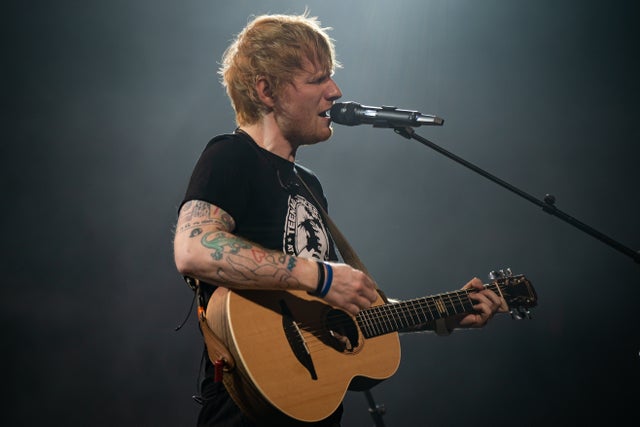 now Patrol’s John McDaid has said there are “obvious holes in the system” after winning a lengthy High Court copyright battle alongside Ed Sheeran for the song Shape Of You.

McDaid, who co-wrote the 2017 hit with Sheeran, said legal actions brought against musicians for copyright infringement “creates a culture where it can be used as a threat”.

The pair faced accusations that they ripped off 2015 track Oh Why by Sami Chokri and Ross O’Donoghue, when writing Shape Of You.

But a judge on Wednesday concluded Sheeran “neither deliberately nor subconsciously” copied a phrase from Oh Why when writing his number one hit.

Speaking to BBC Newsnight on Friday evening following the verdict, McDaid said: “There’s obvious holes in the system at the moment.

“If I can go to a musicologist and get a report and then take that report to society and then they freeze someone’s income based on that, that’s a problem.

“It creates a culture where it can be used as a threat. And I think that is where we have to be having conversations with societies, with managers, with artists and songwriters and say this isn’t okay for anybody.”

During the High Court trial, musicology experts gave contrasting views on whether they believed the two songs were similar, with American forensic musicologist Anthony Ricigliano concluded that is “objectively unlikely” that any similarities were a “result from copying”.

But another musicologist, Christian Siddell, reported he found melodic similarities were “so numerous and striking that the possibility of independent creation is… highly improbable”.

Sheeran and his co-authors originally launched legal proceedings in May 2018, asking the High Court to declare they had not infringed Chokri and O’Donoghue’s copyright.

Two months later, Chokri – a grime artist who performs under the name Sami Switch – and O’Donoghue issued their own claim for “copyright infringement, damages and an account of profits in relation to the alleged infringement”.

The pair alleged an “Oh I” hook in Shape Of You is “strikingly similar” to an “Oh why” refrain in their own track.

All three Shape Of You co-authors denied allegations of copying and said they did not remember hearing Oh Why before the legal fight.

Seated alongside McDaid during the Newsnight interview, Sheeran said the case had been about “honesty” and not money.

He said he was “happy it’s over, I’m happy we can move on, and get back to writing songs” but that the episode had made him “sad” and changed how he views songwriting.

The Suffolk singer-songwriter, 31, also referenced a previous claim he said had been made in the US about his song Photograph in 2017 and explained that he now films all of his songwriting sessions to protect against future claims.

The singer said he “personally” regretted settling over Photograph, saying he did not play the song for a long time, explaining: “I just stopped playing it. I felt weird about it, it kind of made me feel dirty.”

McDaid also spoke of the toll the case had taken on their mental health, saying: “In the last year, it got really heavy and it was consuming. The cost to our mental health and creativity was really tangible.”

Harry and Meghan branded ‘troubled couple’ who are ‘irrelevant’ to UK