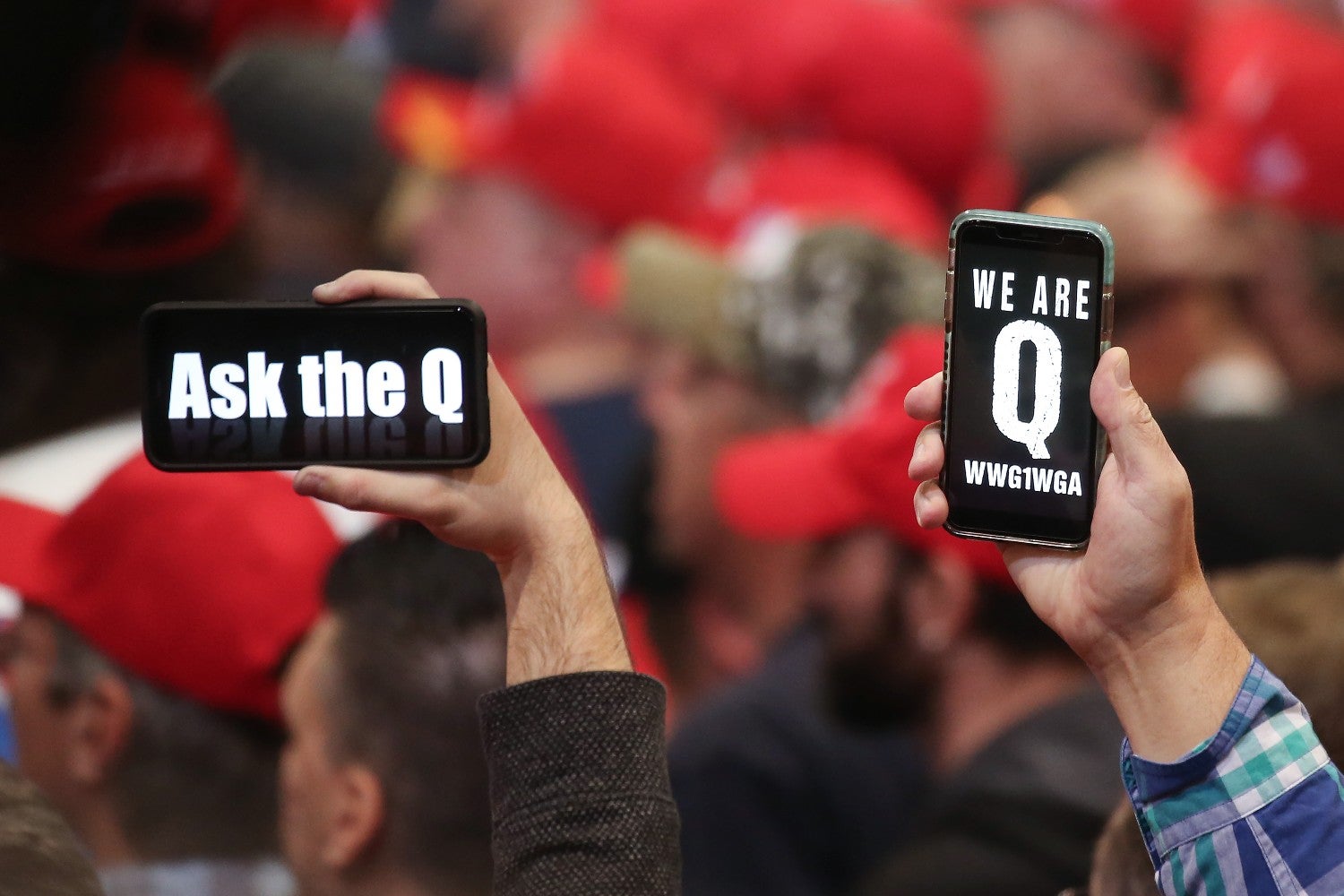 Facebook has banned all groups, pages and Instagram accounts linked to the QAnon conspiracy theory, as fears grow over online misinformation ahead of next month’s US election.

The social media giant said it had begun removing accounts “representing” QAnon on Tuesday, but warned that “this work will take time and need to continue in the coming days and weeks”.

It comes weeks after Facebook labelled the cult-like community — which claims that Donald Trump is waging secret warfare against a satanic child sex trafficking ring — a “militarised social movement” and banned QAnon groups that promote violence.

In a statement the company said it will consider a variety of factors to decide if a group meets its criteria for a ban, including its name, the biography or “about” section of the page, and discussions within the page, group or Instagram account.

Mentions of QAnon in a group focused on a different subject will not necessarily lead to a ban, Facebook said, though administrators of banned groups will have their personal accounts disabled as well.

Since Facebook first announced its clampdown in August, more than 1,500 QAnon pages and groups have been removed.

But some groups have added members, and others used coded language to evade detection, Other adherents have worked to integrate themselves in other groups, such as those concerned with child safety and those critical of restrictions on gatherings due to the coronavirus, according to researchers at Facebook and elsewhere.

“While we’ve removed QAnon content that celebrates and supports violence, we’ve seen other QAnon content tied to different forms of real world harm, including recent claims that the west coast wildfires were started by certain groups, which diverted attention of local officials from fighting the fires and protecting the public,” Facebook said in a blog post.

“QAnon messaging changes very quickly and we see networks of supporters build an audience with one message and then quickly pivot to another.”

Recent QAnon posts have spread false information about voting and about coronavirus, researchers said, even claiming that US President Donald Trump faked his Covid-19 diagnosis in order to orchestrate secret arrests.

Jonathan Greenblatt, CEO of the Anti-Defamation League, said: “Now that they have announced that they will treat the QAnon ideology like the very real threat that it is, we hope that they will follow up with some modicum of evidence showing how the ban is being enforced and whether it is fully effective.”