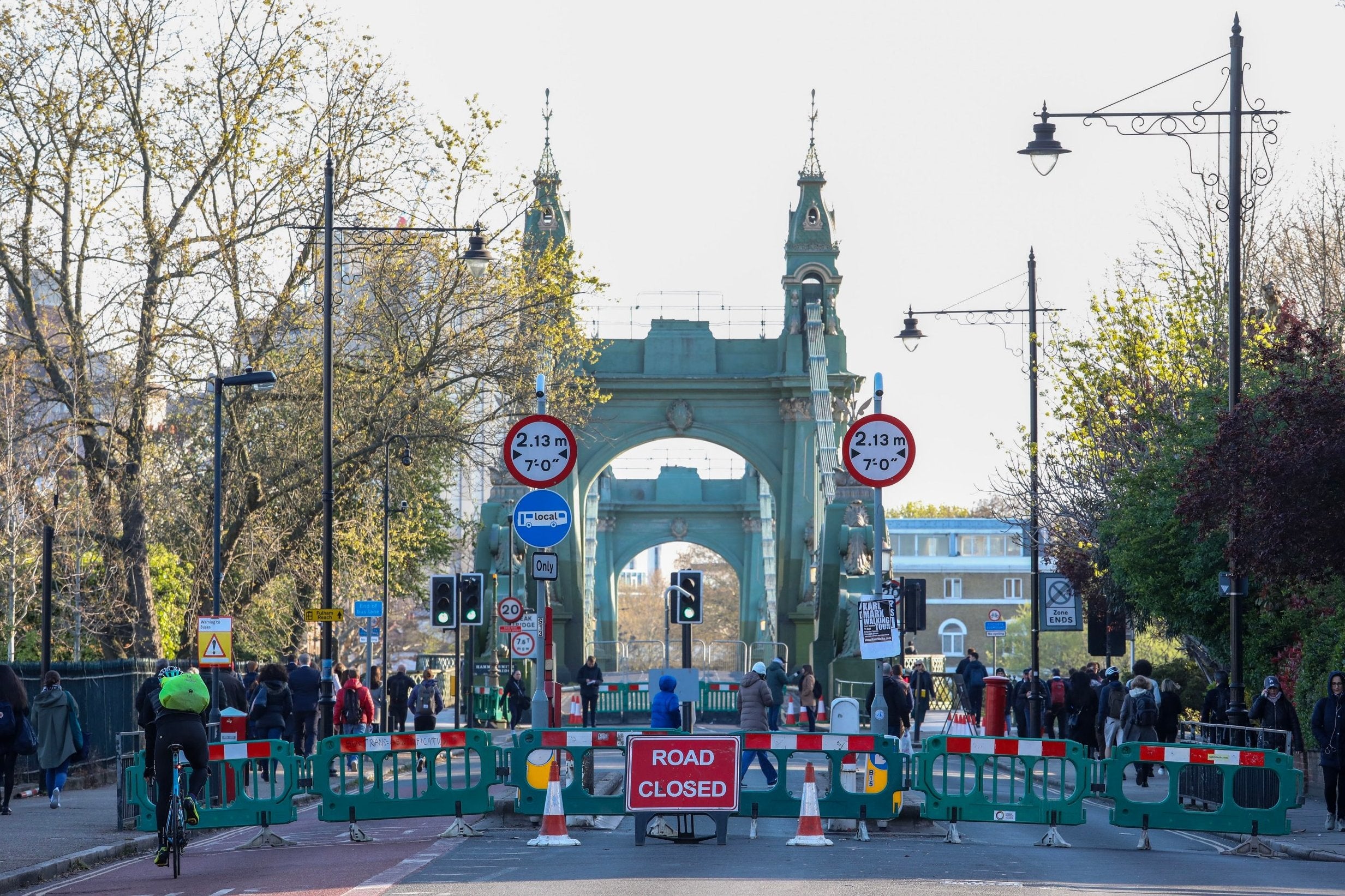 The service will allow pedestrians and cyclists to travel point to point after Hammersmith Bridge in west London was shut due to structural concerns in April 2019. An August heatwave caused damage to the 133-year-old cast-iron bridge to increase significantly and a taskforce was set up to provide alternative travel solutions.

The Government has now insisted that TfL commences work on the promised temporary ferry service and establish how the bridge can be brought back into use as part of the bailout package agreed on Saturday.

The transport service’s finances have taken a severe hit from the collapse in fare revenue during the coronavirus pandemic, resulting in the need for an extra £1.7 billion funding. The bailout secures the running of public transport in the capital until March 2021.

The Department for Transport (DfT) said procurement for the project would start this week and the ferry service would be active in the new year.

Transport Secretary Grant Shapps said: “For too long residents have suffered as those responsible have failed to deal with this issue.

“I’m pleased to say that, following our funding deal with TfL, alongside the excellent work of our Hammersmith bridge taskforce, this first step is becoming a reality.

“We must, of course, crack on with longer-term solutions and that’s why I also insisted TfL allocate part of the bailout to examining how the bridge can be brought back into use.

“I look forward to seeing this work in the not too distant future.”

Baroness Charlotte Vere, who is chairing the taskforce, said: “As chair of the Hammersmith bridge taskforce, I am pleased to oversee this important step.

“The taskforce quickly identified a ferry service as the most rapid solution available in the short-term and that’s why we made it part of the TfL deal.

“I look forward to working with the taskforce to progress this as well as establishing how the bridge can be brought back into use.”

Michael Gove has poured cold water on any suggestion that the Government is planning to create “vaccine passports”.   Evening Standard – News…

England could face a third coronavirus wave if ministers fail to “get the balance right” with restrictions, the Foreign Secretary has warned. Evening Standard – News…

Donald Trump has pardoned his first national security advisor Michael Flynn who pleaded guilty to lying to the FBI about clandestine contacts with a Russian official. Evening Standard – News…

Boris Johnson could be facing a Tory rebellion over his plans to replace the second national lockdown with a tiered system of restrictions. Evening Standard – News…