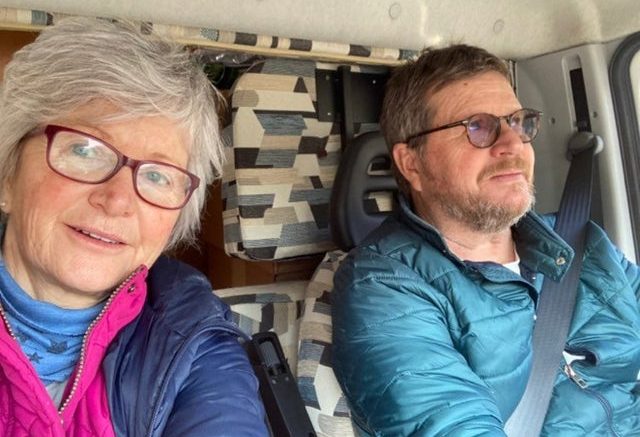 Hampshire couple have set off in their motorhome with “literally a tonne of sweets” to offer assistance to people fleeing Ukraine.

Laura Rice, 62, and her husband Ken, 65, from Andover, set off in Molly the motorhome on Saturday with the intention of reaching the border between Ukraine and Poland.

They have taken tea, coffee and food as well as warm clothing, and said they will offer lifts as well as the use of their shower to those who need it.

“We’ve always said to each other we’d love to give back to society,” Laura told the PA news agency.

“Because we feel that we’ve really had a lovely life. And life has been good to us.

“Why don’t we just go and take our motorhome, which is called Molly, (and) the three of us go and see what we can do?

“We also do have a hot shower in our van – we want to get there and say to people ‘what is it that you’re needing at this moment in time?’

“Whatever they need or transportation they want, to get from one site to another place in Poland, we put them in the van and take them.”

More than 1.5 million refugees have now crossed from Ukraine into neighbouring countries since the Russian invasion began, the head of the UN Refugee Agency has said.

Filippo Grandi, the UN high commissioner for refugees, tweeted on Sunday that it is “the fastest growing refugee crisis in Europe since World War II”.

Laura and her husband, who are aiming to reach the city of Przemysl in south-east Poland, contacted Veterans In Action – a charity which helps veterans – to get an idea of where to go and what to take.

With the help of neighbours they have been able to get hold of plenty of warm clothing such as hats and scarves to distribute.

The couple also work as directors at their son’s confectionery outlet – he donated so much in the way of chocolate and sweets that they now have “over 1,000 kilos” of treats in the back of their vehicle.

While the pair are self-funding their trip, they have organised a GoFundMe page with all money going towards helping Ukrainians once they arrive – it had raised around £3,500 by midday on Sunday.

Laura said they will stay for up to two weeks before they have to return, but said there is “no reason” they would not come back.

“If I could see somebody just having a hot shower (who) for a week hasn’t seen a shower (or) hot water, it would make both of us so happy,” she said.

“What will happen when we get there, it’s unknown to all of us. But if we can help a couple of families along the way, you know, success.”

To find out more about the couple’s GoFundMe, visit www.gofundme.com/f/direct-help-to-the-ukrainians.