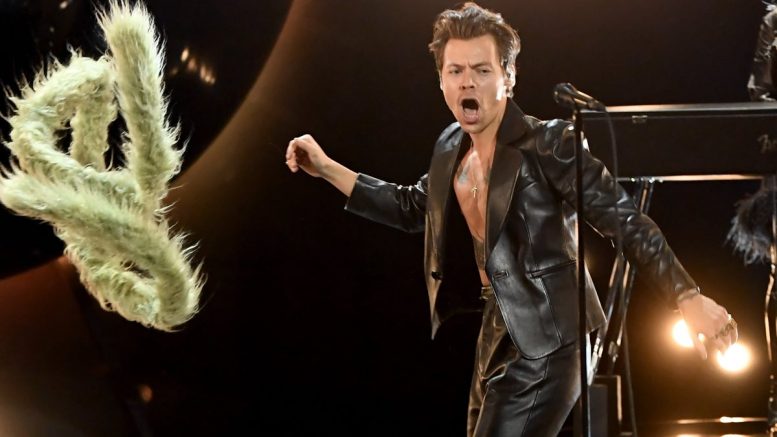 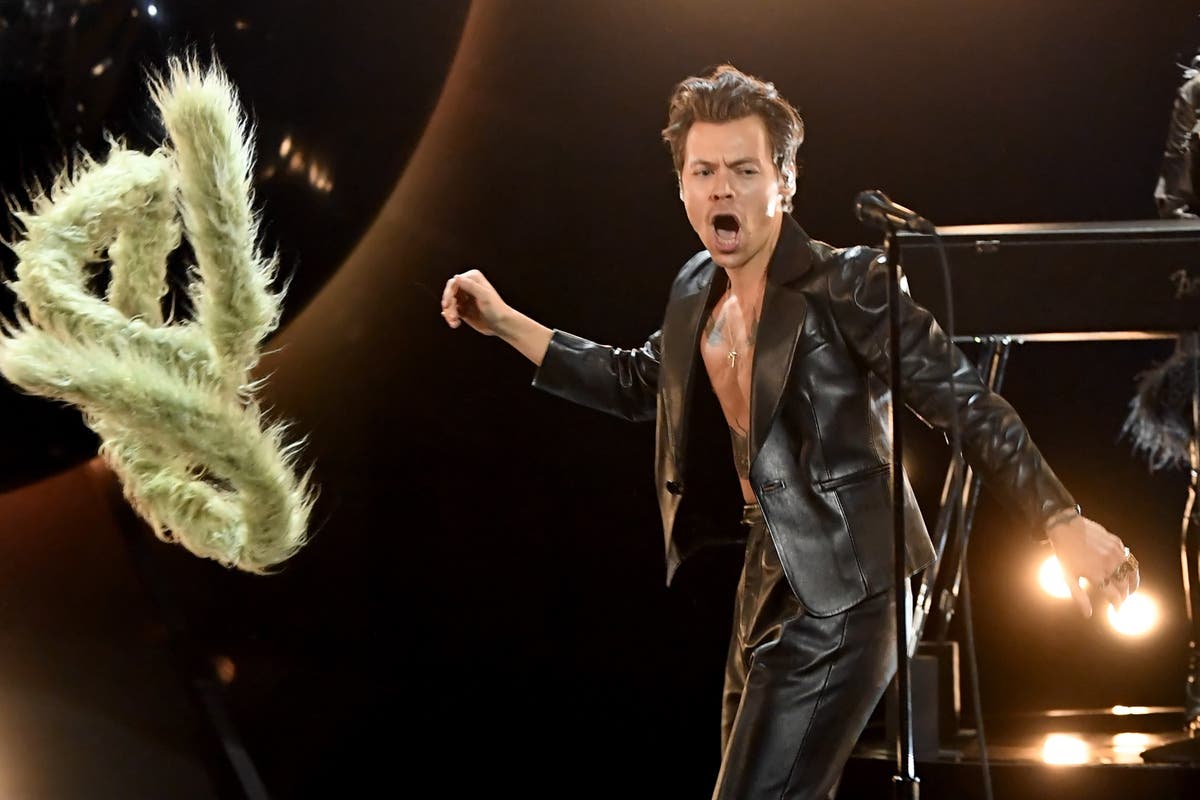 Accepting his award at the socially distanced event at the Los Angeles Convention Centre, the former One Direction star said he was “very honoured” to be recognised alongside his fellow nominees.

Speaking to reporters after his win, Styles thanked his fans.

He said: “I feel incredibly lucky to get to work in music and make music as my job every day and this is an incredibly sweet icing on the cake of what I get to do everyday, so thank you so much.

“And I want to thank my fans for giving me an environment to be free to make the music that I want to make and supporting me along the way over the last 10 years.

His win came after he started the show with a rendition of the hit, which he performed wearing an open leather jacket and trouser combination with a green scarf.

Host Trevor Noah joked that “the UK is diverse” after noting that Styles is from the same country as Boris Johnson.

Fans on Twitter were quick to note the reaction of Swift was when Styles was announced as the winner. The singer was seen clapping and nodding her head as Styles made his way onto the stage to accept the award.

Others were more focused on his performance and his choice of attire.

“If a year ago you told me i’d be having a breakdown over a 27 year old man singing in a leather outfit and a feather boa I would have probably believed you because harry styles is gorgeous,” one user said.

Another wrote: “I want this video to play on a loop at my funeral. there will be no sadness and pain. just harry styles dancing with his tits out.”

One fan said that Styles “was born to become a rockstar,” while another wrote that they had been waiting in anticipation to see what the singer would wear for his first performance.

The 27-year-old is known for his androgynous fashion sense.

Although Lizzo, 32, was not nominated for any Grammy this year, she still attended the outdoor festivities and celebrated Styles’ big win with him backstage.

She later posted a picture with the caption: “Harry won a Grammy!”

Styles was nominated three times at the event – including best pop vocal album for Fine Line and best music video for Adore You. One Direction, who are on hiatus, have never been nominated at the US event across their five studio albums.