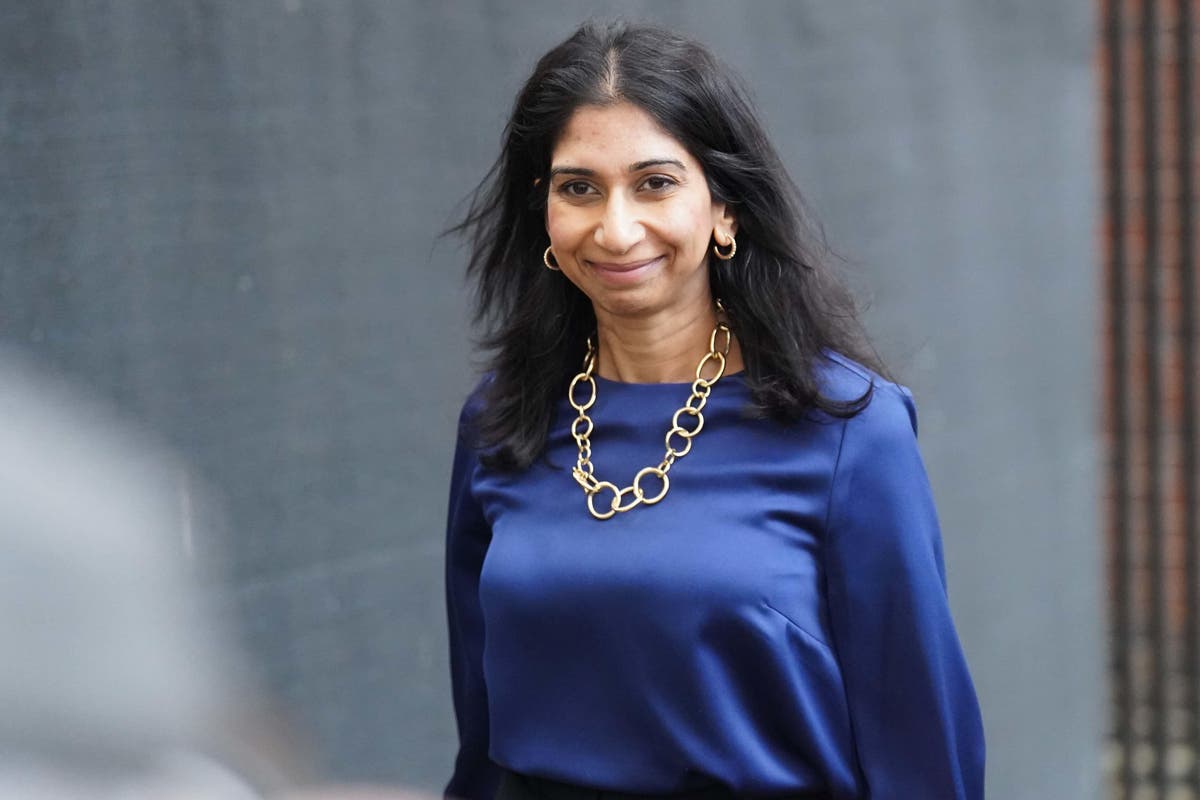 he Home Secretary is set to ditch some of the reforms promised following the uncovering of the Windrush scandal, according to reports.

The Guardian said it had been told by sources that Suella Braverman intends to renege on a Home Office pledge to create the post of migrants’ commissioner.

The role, recommended following a scathing review into the culture at the Whitehall department, was due to see someone appointed who would be responsible for speaking up for migrants and flagging systemic problems within the UK immigration system.

Ms Braverman also intends to abandon the post-Windrush reform of increasing the powers of the independent chief inspector of borders and immigration (ICIBI), the newspaper reported.

Reconciliation events with members of the Windrush generation, due to be attended by ministers and Home Office staff, will reportedly no longer take place.

The Home Office said it does not comment on leaks.

The reports, with an announcement said to be due to be made next week, come as the Windrush community prepares to celebrate the 75th anniversary of their arrival in Britain this year.

The scandal erupted in 2018 when British citizens, mostly from the Caribbean, were wrongly detained, deported or threatened with deportation, despite having the right to live in Britain.

Many lost homes and jobs, and were denied access to healthcare and benefits.

Wendy Williams made a raft of recommendations for change in a scathing 2020 report into how the Windrush scandal happened, concluding that it was “foreseeable and avoidable”.

Reviewing the progress made by the Home Office on those recommendations, the solicitor in March said she was “disappointed” that only eight out of 30 had been implemented in full.

In her initial report in 2020, Ms Williams, an inspector of constabulary, recommended appointing a migrants’ commissioner in order to “signpost systemic risks”.

She warned that without one, the department “risks undermining its stated commitment to transparency and effective policy making, as well as the efforts to rebuild its reputation”.

A Home Office spokeswoman said: “We have already made good progress against the recommendations, including establishing the Office for the Independent Examiner of Complaints and appointing an independent examiner, and as of the end of October 2022 had paid out or offered £59.58 million on compensation claims.

“We have also held over 200 engagement and outreach events and delivered 120 one-to-one surgeries.

“We know there is more to do.

“Many people suffered terrible injustices at the hands of successive governments and we will continue working hard to deliver a Home Office worthy of every community we serve.”

Home Office officials, however, said Ms Williams’s follow-up two years later had stated that some of her initial recommendations for improvement would never be met.

Last year, Ms Williams said some recommendations might “never be fully implemented” because they would “need to be continuously reviewed” to ensure they were having the “desired effect”.

The reports come in the same week that Prime Minister Rishi Sunak pledged to pass new legislation to “stop small boats” filled with migrants from crossing the Channel, saying his administration would “swiftly remove” those arriving in the UK unlawfully.