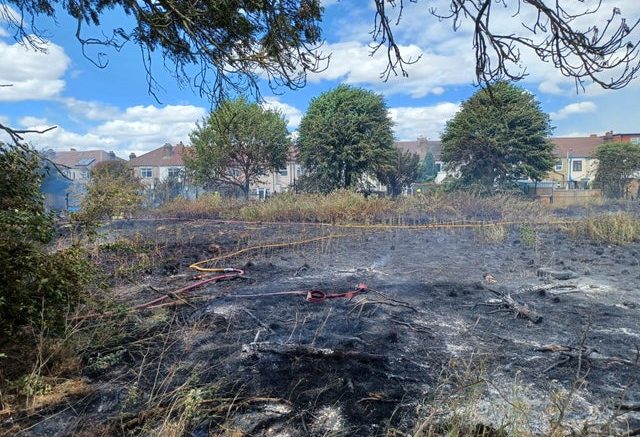 school playing field was swallowed up by a wildfire that charred six hectares of grassland in south London.

Plumes of smoke darkened the London skyline for miles around after the fire took hold in the Norbury wastelands at 12.30pm.

A hundred firefighters are still tackling the blaze after taking around 70 calls to the fire that broke out near Turle Road.

Locals were told to keep their windows and doors closed as temperatures hit 22C on Sunday.

The force added cause of the fire is not known at this time but reinforced advice on the safety of barbecues on dry grass.

Station commander Keith Sanders, who is at the scene, said: “The fire is producing smoke in the local area and the direction of the wind is blowing smoke towards local terraced houses.

“Please avoid the area and if you live nearby, keep your windows and doors closed.”

Gabrielle Petito: Boyfriend of missing YouTuber is a ‘person of interest’