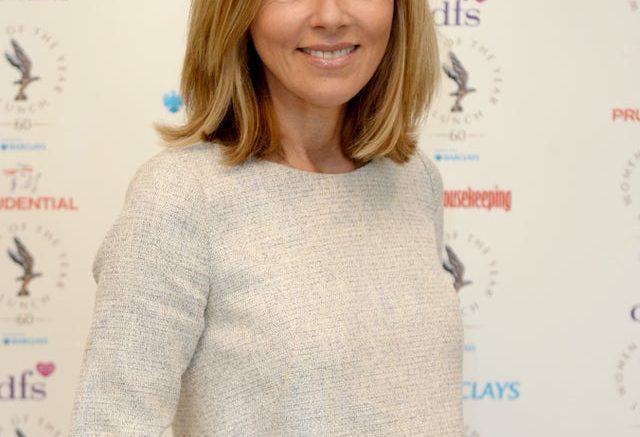 TV is extending its national and international evening news bulletin to an hour-long programme from March 2022, the broadcaster has announced.

The revamped bulletins, which will run from 6.30pm to 7.30pm, will bring more live coverage and a greater focus on reporting from outside of London to reflect the whole of the UK, ITV has said.

The changes, which ITV has said are to “bolster the key programmes in its pre-9pm schedule”, will also see the broadcaster’s flagship soap Coronation Street moving to hour-long episodes on Monday, Wednesday and Friday at 8pm, while Emmerdale will move to a 7.30pm slot.

“Our evening news programme reached an impressive 35.6 million viewers in 2021. We are very excited to be announcing this investment in what is an important public service strength of ITV – high-quality, impartial, trusted broadcast journalism – at a time when it could not be more important.”

He continued: “The nation’s two most popular continuing dramas, Coronation Street and Emmerdale, are fundamental to the success of ITV, and we know that, as with all dramas, viewers increasingly watch them whenever, and however they choose.

“The new scheduling means that viewers can watch them live on TV in one go in a continuous soap fix, as well as on ITV Hub where they are regularly in the most watched shows every month.”

ITV’s new schedule will see the broadcaster output 90 minutes of continuous news programming with their nations and regional news shows still airing at 6pm ahead of the new hour-long programme.

The broadcaster is also due to recruit a host of new talent, including 27 new journalists, producers and multi-skilled camera operators/video editors, to accommodate the expansion.

The new appointments include correspondents being taken on in Wales Scotland and the north of England.

ITV’s director of news and current affairs, Michael Jermey, added: “The expansion of the network evening news programme and the investment in new roles is an enormous vote of confidence in ITV News’ journalism, which has continued to deliver strong exclusives and insightful reporting year after year, with 2022 so far being no exception.

“ITV’s news on television and digital platforms informs millions of people every day.

“It sits alongside strong current affairs output such as the Tonight programme, Peston, The Martin Lewis Money Show and the Bafta and Emmy award-winning Exposure strand.

In a press call following the announcement, Jermey noted that 20 years ago some people believed news channels would die out as more people chose to get their news digitally, but he explained that their traditional news programmes have remained popular.

He said: “The audience, certainly in that six to seven news hour, have been holding up. Not just in share terms, in absolute numbers, the audience for ITV evening news is greater in 2021 than it was five years ago.

“That isn’t true of every genre on every channel as people later in the evening turn to the streamers. As people get more used to digital, some shows have fallen off.

“But well invested, high quality, impartial news on ITV in peak hours has been very resilient so we’re in a sense investing further and offering more of that.”

He added that the broadcaster did see an audience increase during 2020 due to coverage of the pandemic, but believes the news viewing figures will remain strong once the topic of the pandemic subsides within the news cycle.

The broadcaster’s managing director of continuing drama, John Whiston, said that with Coronation Street “bursting at the seams with fantastic story and character, the new format gives the show a brilliant new canvas on which to shine”.

He added: “And Emmerdale will do what it does best in this new time slot where viewers can continue to enjoy the dramatic goings-on in the Dales.”

Viewers in the Scottish STV licence areas will continue to see STV News at Six on weekdays followed by the new hour-long news programme.