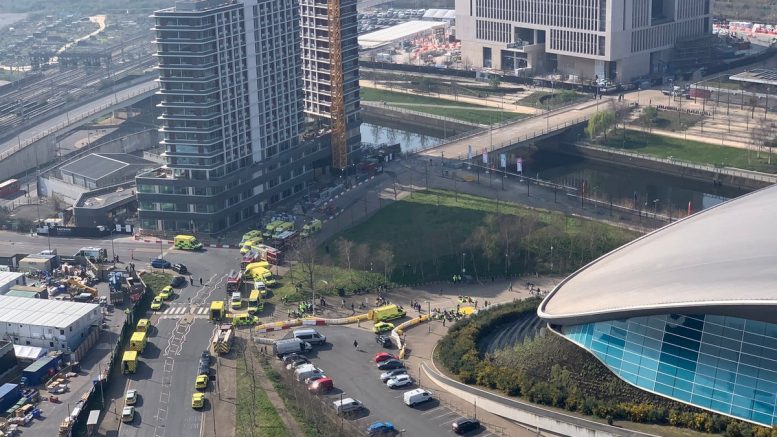 mergency services are responding to a major incident at the London Aquatic Centre in Stratford after a “release of gas”.

There are a number of casualties being treated by the London Ambulance Service, according to the Queen Elizabeth Olympic Park’s twitter account.

It said: “There has been an incident @AquaticsCentre this morning involving the release of a gas.

“The area has been cordoned off and evacuated. We’re working with emergency services on site.

“There are a number of casualties with breathing difficulties being treated by @Ldn_Ambulance.”

The London Ambulance Service is working alongside the London Fire Brigade.

Metropolitan Police officers are also at the scene.

The London Fire Brigade said they were dealing with reports of “a chemical incident” at the centre on Queen Elizabeth Olympic Park.

The Mayor of London Sadiq Khan said he was “in close contact with our emergency services who are dealing with a gas-related incident at the London Aquatics Centre this morning”.

“A number of people are being treated by London Ambulance Service. Please avoid the area which has been cordoned off and evacuated,” he said.