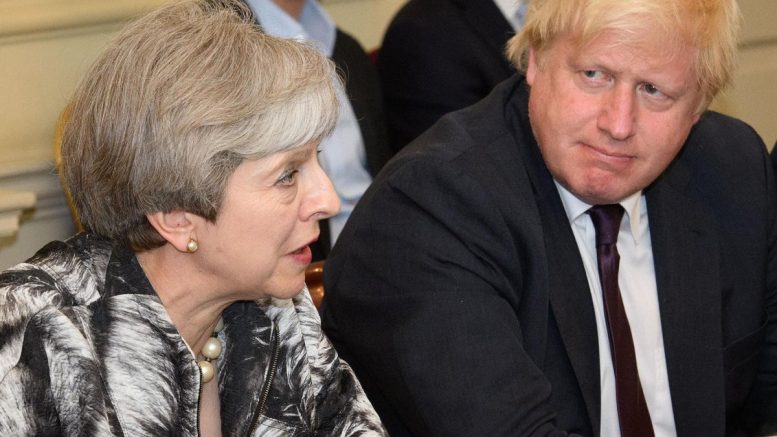 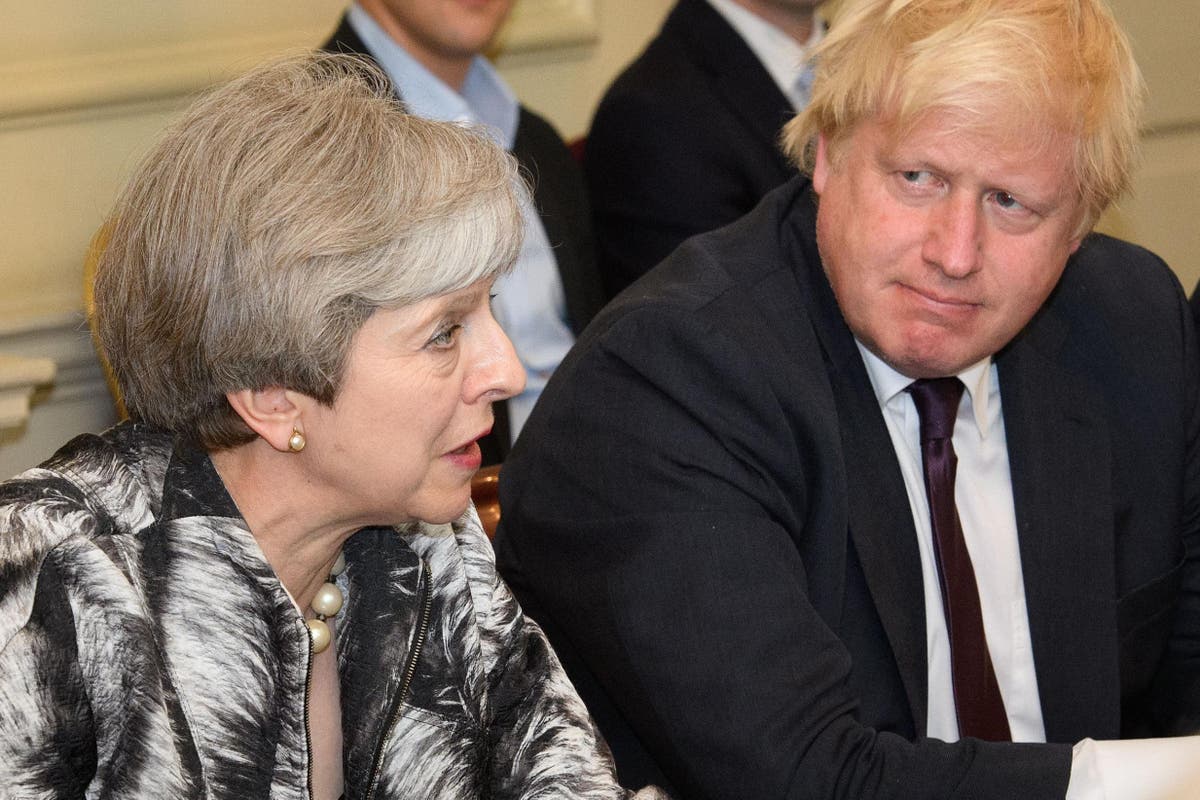 et Police officers are investigating possible breaches of Covid rules within government that could warrant fixed penalty notices rather than more serious offences, the PA news agency reported on Friday.

It comes after former prime minister Theresa May launched a scathing intervention on the partygate scandal, saying “nobody is above the law” as the wait for the Sue Gray report continues.

Speaking to the Maidenhead Advertiser, Mrs May said she was “angry” to hear reports that Downing Street staff had held parties during lockdown.

Mrs May said she would “expect full accountability” to follow the release of the senior civil servant’s report, which has still not been handed to Downing Street despite claims it would be published earlier this week.

The Met has confirmed it had asked “for minimal reference” to be made in the Gray report to alleged incidents that the force is currently investigating. Scotland Yard said it did not wish to “prejudice” to their investigation.

Comedian Joe Lycett has said “anger” motivated his social media stunt in which he shared a fake version of Sue Gray’s report.

The TV star, 33, tweeted a fake version of the report which sparked mass panic with many internet users believing it was real – despite an AOL email address at the bottom of the page.

In a tweet, the 33-year-old said today: “I’m angry right now probably for the same reason many other people are angry.

“In the early stages of lockdown in 2020 my best friend died from cancer.

“So I suppose like thousands of others with their own stories, I’m angry about that.”

A total of 155,317 Britons have now died since the beginning of the pandemic, according to the figures.

Some more clarification here from the Met on their decision to ask Sue Gray to publish only “minimal references” to the parties they are investigating in Downing Street.

It had previously been suggested that officers may have asked Ms Gray to suspend the publication of the report due to fears of “prejudicing” an investigation into more serious offences.

Leader of the House Jacob Rees-Mogg said the Chancellor faced a “difficult choice” with the decision to raise National Insurance.

Mr Rees-Mogg, who was previously reported to have urged Rishi Sunak to ditch the increase, told the BBC’s Political Thinking podcast: “It is a difficult choice for the Chancellor, but we do need to raise funds to pay for the extra nine million scans to get rid of the backlog in the NHS and all those sorts of things.”

He added: “I think governments have to have a set purpose and a clear course, and we can’t be buffeted by every wind.

“So, I think it is important to recognise the need to raise the money that we are determined to spend.”

A Met Police officer who died of Covid would be “horrified” at how the force appears “complicit in covering up” the behaviour of politicians, his bereaved wife has said.

Fran Hall, a spokeswoman for the Covid-19 Bereaved Families for Justice campaign group, said on Friday that the scandal has been “reopening the wounds we are trying to live with” and has left her “furious”.

She said: “There appears to be an attempt by the Met to stop the full report coming out after we have all been told for weeks to wait for Sue Gray’s report.”

The 61-year-old, who lost her husband, serving Metropolitan Police officer Steve Mead, to coronavirus in October 2020, added: “It just makes me furious.”

“Being a police officer is who he was,” she added.

A senior Tory MP has questioned Jacob Rees-Mogg’s claim that an election would be required if Boris Johnson is ousted from power.

The Commons leader said earlier this week that a vote would be needed as the UK had transitioned into an “essentially presidential system”.

Opening the second reading debate of his Business of the House Commission Bill, Tory Mp for Wellingborough Peter Bone said: “Did the Leader of the House suggest earlier on this week that we have got a presidential system? That there might have to be a general election if they change the Prime Minister?

“We are not a presidential system and, by the way, I do happen to know if the president is removed, there is always someone to replace him. There is never an election. I didn’t follow that logic.”

Sir Roger told BBC Radio 4’s The World At One programme that the cost of living crisis and Russian aggression towards Ukraine require “full and undivided attention” of the UK Prime Minister.

“At the moment what we’ve got, not entirely now of his own making, is a lame duck Prime Minister that is soldiering on while all this indecision is surrounding him and frankly if I was Vladimir Putin I would be laughing all the way to the Lubyanka.

“I don’t think his position is sustainable, under most circumstances a Prime Minister who has misled the House from the despatch box would have resigned.

“He could soldier on but I don’t think it’s in the interest of the United Kingdom, and that’s what really matters.”

A former director of public prosecutions has suggested the Metropolitan Police’s decision to require Sue Gray to omit details that “could avoid any prejudice” in her report is “disproportionate”.

Lord Macdonald told BBC Radio 4’s World At One programme: “The risk of the police intervention this morning is that this leaves things hanging in the air for weeks and months, and that seems obviously not to be in the public interest.

“If we’re talking about fixed penalty notices – like parking tickets, essentially – if we’re talking about that kind of resolution, then to take the rather grave step to delay a report that is going to shed public light on the subject matter of what may be a major public scandal, I think that is undesirable and I think it may be a misjudgment.

“But only police know what it is that is really at play here.

“It is really to say that if we are simply talking about lockdown breaches and fixed penalty notices, this move by the police this morning seems to be disproportionate.”

“Our country faces huge challenges and it’s offensive that the Government’s sole focus is on cleaning up after themselves.

“Britain deserves better. The Prime Minister is unfit for office and must resign.”

Nicola Sturgeon says ‘partygate’ situation getting ‘murkier by the minute’

Scotland’s First Minister Nicola Sturgeon tweeted: “This gets murkier by the minute. Sue Gray and the Met are in difficult positions but the sequence of events and the situation arrived at now creates the suspicion – however unfairly – that the process of inquiry is aiding Johnson at the expense of public accountability.”

She added: “I doubt Johnson cares about damage to the reputations of others – individuals or institutions – as long as he saves his own skin. But these things matter.

“Rapid conclusion and full publication of the findings of inquiries surely now essential for public trust.”