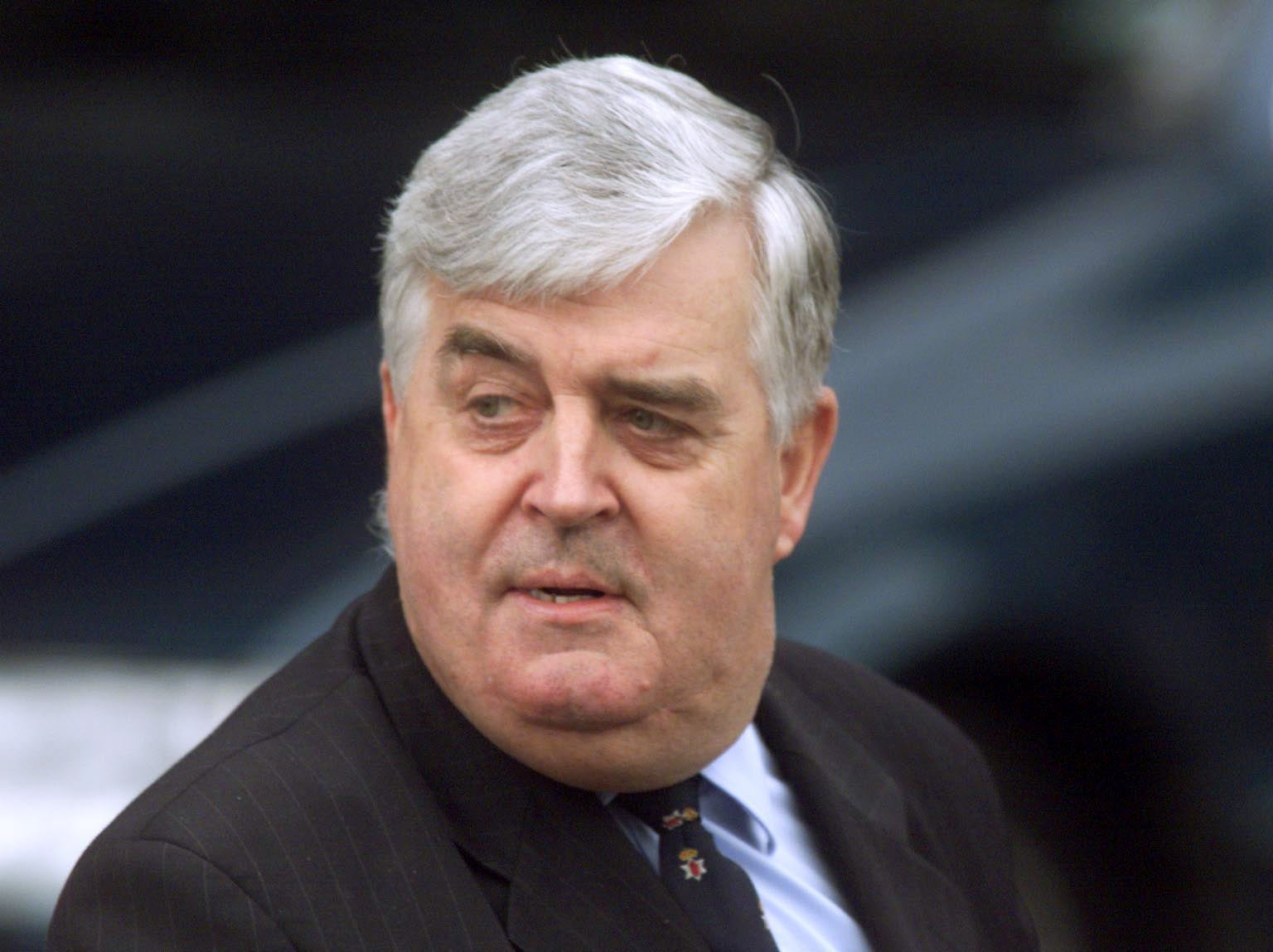 John Taylor, Baron Kilclooney, a former deputy leader of the Ulster Unionist Party, asked on Twitter what would happen to the role of vice president if Joe Biden “moves on”.

He wrote: “What happens if Biden moves on and the Indian becomes President. Who then becomes Vice President?”

The 82-year-old life peer has been widely slammed on social media for the comments, which have been described as racist.

Ms Harris made history this weekend by becoming the first black and Asian-American person to be elected to the role of US vice president.

In 2017 Ms Harris was sworn in as a United States Senator for California, the second African-American woman and first South Asian-American senator in history.

She previously did two terms as the District Attorney of San Francisco, before being elected as the first African-American and first woman to serve as California’s Attorney General.

Lord Speaker Lord Fowler has told Lord Kilclooney to retract his comment about Ms Harris, warning that: “I could not be clearer.”

He said: “Lord Kilclooney should retract and apologise. This is an offensive way to refer to anyone, let alone a woman who has just made history. The comment is entirely unacceptable and has no place in British politics. I could not be clearer.”

Presenter Jameela Jamil said: “The Indian has a name. The Indian is also Black. This is why it would be easier to use her name Kamala Harris, just as you did for Biden, rather than calling him the White, you obsolete dying wasp of a clown.”

Baroness Angela Smith, Labour leader in the Lords, is set to make an official complaint, describing Lord Kilclooney’s comments as “despicable and beneath contempt”.

She said: “I am so angry about this comment. It is despicable and beneath contempt, and totally unacceptable from anyone – but especially from someone in Parliament. I will be making an official complaint to both the Commissioner for Standards and the Lords Speaker.”

Labour shadow minister Wes Streeting said “action must be taken” over Lord Kilclooney’s tweet and added: “This sort of racism would be unacceptable from anyone, but from a member of the House of Lords it beggars belief.”

Afzal Khan, Labour MP for Manchester Gorton wrote simply: “The…the what?” Meanwhile, anti-racism group Tell Mama UK said: “We have flagged it with Twitter and encourage others to do the same.”

Lord Kilclooney, who was made a life peer in 2001, told the Evening Standard: “Biden refers to himself as being Irish. There’s no difference.

“India is celebrating her victory which was well-deserved.”

Asked if he agreed that it was racist to refer to her as “the Indian”, he replied: “No not at all, not at all.

“I don’t like the way the American media yesterday was referring to her as being black that is rather racist. But she’s certainly Indian and proud of her Indian origin.”

The vice president-elect’s parents are Indian and Jamaican immigrants who met in California.

When the Standard pointed out that Ms Harris’s father is black, he replied: “Look the girl is an excellent candidate, she’s had a great victory, she’s proud of her Indian heritage. Throughout India they are celebrating they should accept that.”

Asked if he could see why people thought calling her “the Indian” was racist, he replied: “Well of course some people think that but it’s not racist. She’s proud to be an Indian just as Biden is proud to be Irish. Let’s not run away from facts. OK thank you.”

It is not the first time the former deputy leader of the Ulster Unionist Party has sparked controversy over his comments.

The peer previously sent a tweet referring to the taoiseach Leo Varadkar as a “typical Indian” which he acknowledged later was a mistake.