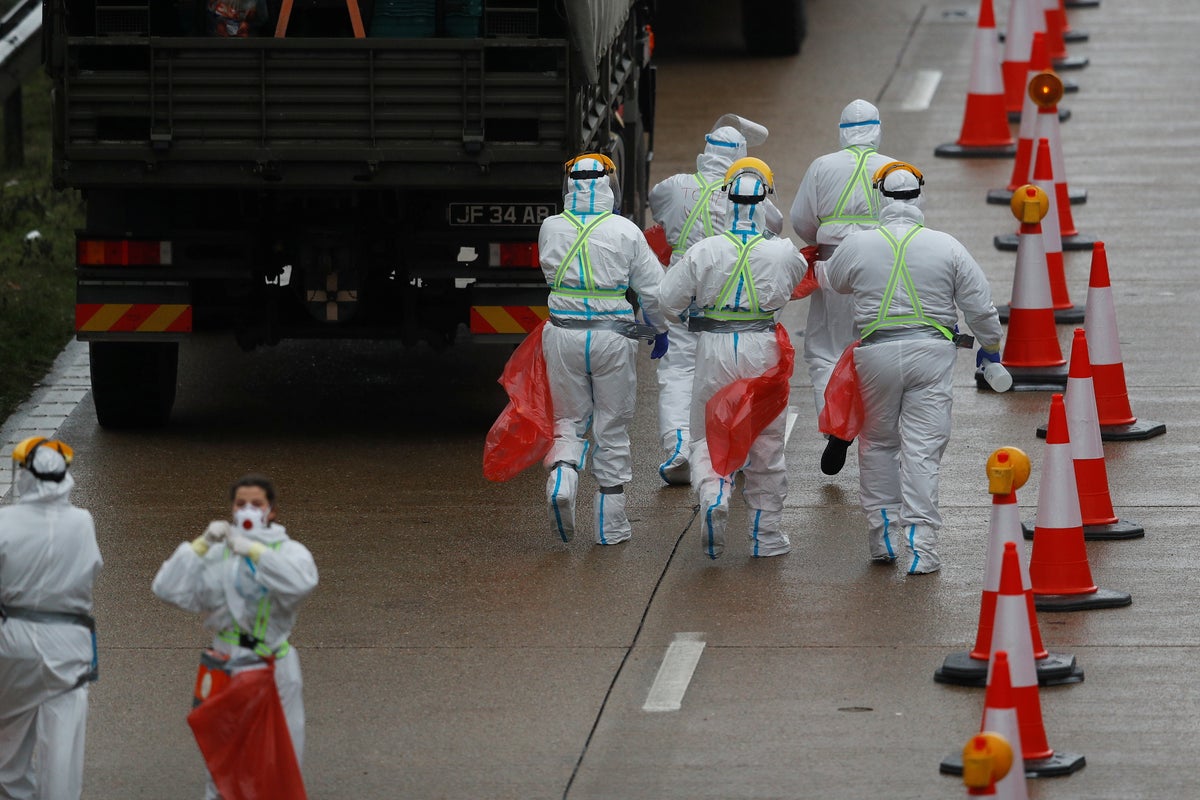 he Government has said there are still long queues on the roads leading to the Port of Dover.

France closed its border last Sunday following the discovery of a fast-spreading mutant Covid-19 strain in the UK, and drivers wishing to enter the country from Britain must now show proof of a negative Covid-19 test taken in the previous 72 hours.

Traffic flow has improved over Christmas Day and Boxing Day, with French firefighters and the Polish military’s Territorial Defence Force drafted in to help some 1,100 British military personnel with testing.

However, on Saturday evening the Department for transport warned that there were still long queues.

The Department for Transport said in a tweet: “Although congestion has eased, there are still long queues and HGV hauliers should continue to avoid travelling to Kent.

“Drivers will not be able to cross the border without a negative Covid-19 test.”

Transport Secretary Grant Shapps said 15,000 lorry drivers had been tested for coronavirus by midday on Boxing Day, and the backlog at the testing site at Manston Airport had cleared.

He said on Twitter: “Update on Kent lorry situation: 15,526 #Coronavirus tests now carried out. Just 36 positive results, which are being verified (0.23%). Manston now empty and lorries should no longer head there please.”

More than 8,000 HGVs have passed over the border via the port or through Eurotunnel since Wednesday when the border reopened, the DfT said.

Duncan Buchanan, policy director at the Road Haulage Association (RHA), said “traffic is flowing” at the Port of Dover on Boxing Day, but he added “it’s not over yet” because more drivers who held off leaving over Christmas would be joining the queue in the coming days.

Mr Buchanan said: “At the moment, it’s just a case of keep going because we need to make sure we can get as many people out as possible.

“We still have all the people who delayed travelling, who will start to want to get through. Some people will have parked up in Essex and will be looking at moving again.

“Next week is a normal working week so I would expect the vehicles to increase then too. It’s not over yet and we will see what happens next.

“I want to pass on a thank-you to everyone who has helped look after the drivers by giving them food – a lot of people have done a lot of hard work, and it’s really good to see so many people helping.”

Volunteers – including individuals from nearby communities, the Salvation Army, Muslim group Al-Khair Foundation, HM Coastguard and Kent County Council – have been delivering thousands of warm meals and water to the drivers.