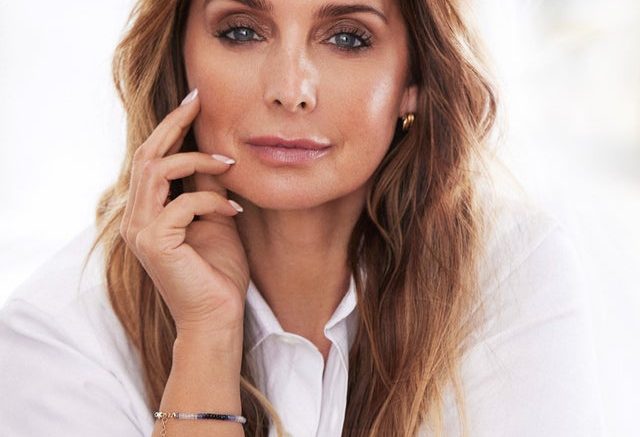 ouise Redknapp is preparing to have a lot more free time on her hands with eldest son Charley heading off to the University of Arizona to play rugby, but admits the prospect is quite daunting.

Speaking to the Standard, the singer, 47, said: “I’m so proud of him. Not only is he my son, he’s one of my best friends; we’re totally there for each other. It’s really daunting that my child’s now a man and he’s gonna go and find his own way in life and I’ve got to let him do that.

“I did say to him I was thinking maybe I could spend some of the year in Arizona, he was like ‘absolutely not! Don’t even think about it!’”

Redknapp claims she already has three flights on hold between now and Christmas.

“He was like ‘OK mum, I’m literally going to be home in four months’. I’m like ‘yeah, but…’ I’ve got them on hold just in case he needs me.

“I’d like to travel a little bit more with my friends, like nights away, pop to Paris – just do a few more things like that. I feel like I haven’t done things like that for years. I haven’t travelled much except for holidays with the kids and work.”

Redknapp said she missed “simple things like being able to go and have cocktails with the girls, have a nice dinner, hang out… I think it is purely go out more, socialise more.”

Socialising should not be mistaken for dating however.

She was previously married to footballer Jamie Redknapp, with whom she shares Charley and younger son Beau, 13. They divorced in 2018 after 19 years.

While Jamie has since moved on with Swedish model Frida Andersson, 38, whom he married last October and shares eight-month-old son Raphael, there has been no other significant man in the former Strictly Come Dancing star’s life since then – nor is she currently looking for one.

“I’m not dating!” she sighs. “I think for a little while I felt the pressure like ‘oh my god, I should be!’ everyone was looking and saying ‘who are you dating?’ And actually, no, I’m alright. I felt the kids just needed a bit of a base with me there because obviously I travel with work and stuff like that, but I felt like as a mum I just needed to have that grounding bit of time with them and me.

“They’ve had a huge amount of change over the past few years and I felt like one thing needed to be really consistent and as a mum you feel that’s your job to do that.”

But Redknapp said she was not “adverse” to dating”.

”It’s just not the top of my priorities right now,” she went on. “You know, if Mr Right knocks on the door and he’s right then fabulous! I’ll run with it. I’m not sort of in the headspace to date just for the sake of it, because I feel I should or I feel pressure. Unless somebody who is really right for me comes along then I’m just happy as I am.”

She said: “I’ve spoken quite openly about suffering with pigmentation long before Nivea approached me about this. It’s in my book and I just think over the years I have always been quite open about it. You know, I haven’t just out of the blue gone, ‘Oh! I get that!’

“I think a lot of women are in the same boat, especially those that have had children, or been on the pill and things where your hormones play quite a big part in your skin texture.

“I used the products for three months, photographed every step of the way and Nivea being Nivea, did it very properly and by the book – you know, no sort of wizardry things going on and yeah, it worked!

She is also gearing up for the release of new music next “April or May,” to mark girlband Eternal’s 30th anniversary, teasing plans to rework some of their classic hits.

“Its been 30 years since the first Eternal song came out. [There will be] five new tracks – reimagined Eternal tracks. Just a pure celebration of the last 30 years. The new songs are great, I’m so happy with with them. They’re very much in an area of music that I love – sort of like that Janet [Jackson] old school feel,” she enthused.

And she’s just itching to tread the boards again in the West End having wowed in previous productions including 9 to 5 The Musical and Cabaret.

“I know I’ve left it really late in the day to do more acting, but that’s something I’d like to test out a little bit more,” she concludes.