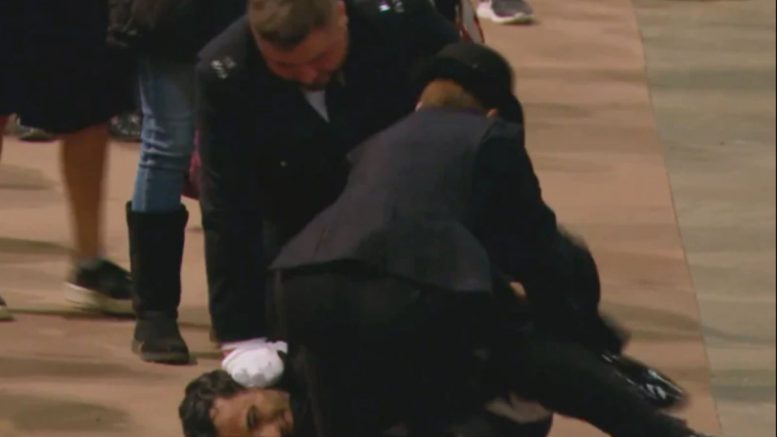 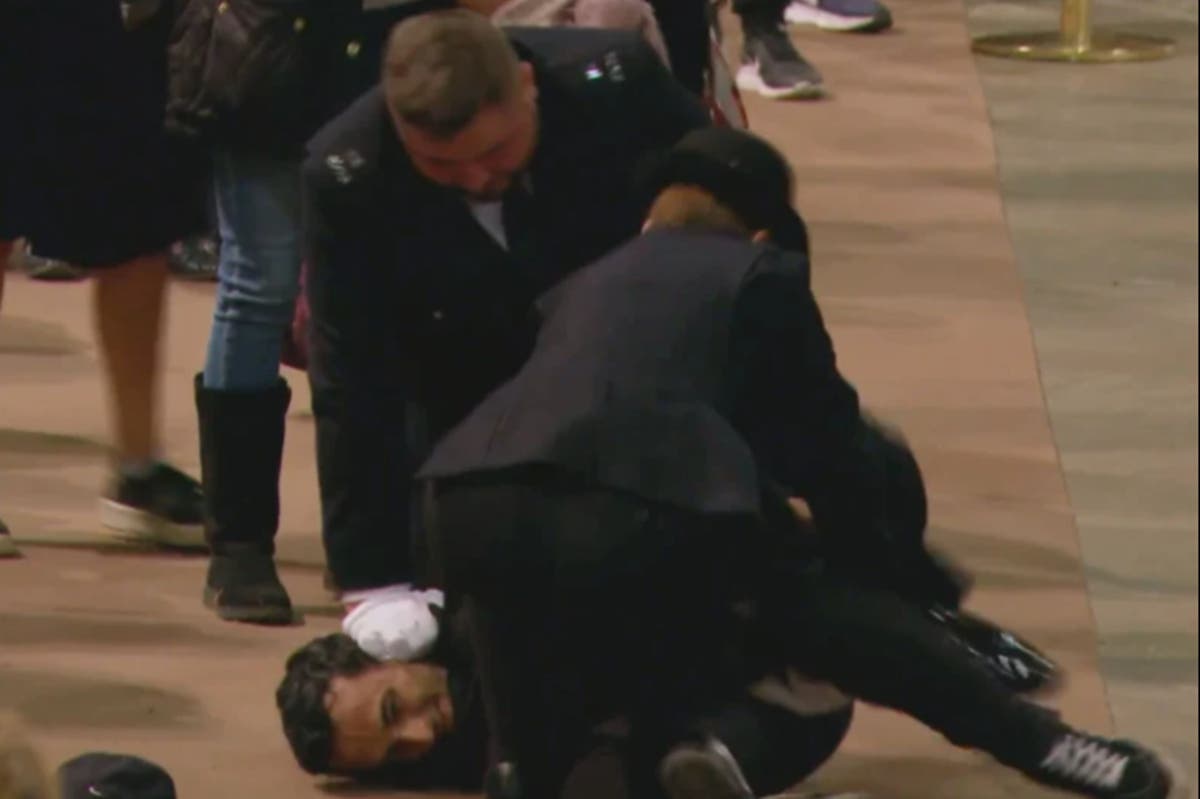 man was arrested by police after he moved out of the queue of mourners and “ran up to the Queen’s coffin” in Westminster Hall on Friday night.

Metropolitan Police said the incident occurred around 10pm, as the live feed from inside the hall cut away for a brief period.

A statement from Scotland Yard said: “Around 22:00hrs on Friday 16 September officers from the Met’s Parliamentary and Diplomatic Protection Command detained a man in Westminster Hall following a disturbance.

“He was arrested for an offence under the Public Order Act and is currently in custody.”

Witness Tracey Holland told Sky News: “Some person decided they were going to push my [seven-year-old niece] out the way, run up to the coffin, lift up the standard and try to do I don’t know what.

“She was grabbed out the way and the police had him within two seconds.”

One witness told The Sun: “We thought someone had fainted and then we heard someone shriek.

“Someone got up to the coffin, grabbed the flag and pulled it upwards.

“They picked up the bottom and wafted it, almost to see what was underneath. It happened so fast.”

They also said the disturbing scene was “extremely upsetting” to watch, adding: “It’s such disrespect to the body. Just not what you thought you would ever see.”

A spokesperson for UK parliament said in a statement: “We’re aware of an incident in Westminster Hall, in which a member of the public moved out of the queue and towards the Catafalque.

“They have now been removed from the Hall and the queue restarted with minimal disruption.”

It comes after a 19-year-old man allegedly exposed himself and pushed into mourners from behind as they waited in the line at Victoria Tower Gardens on Wednesday.

Adio Adeshine is said to have gone into the River Thames in an attempt to evade police before coming out and being arrested.

He was remanded in custody on Friday after appearing at Westminster Magistrates’ Court charged with two counts of sexual assault and two counts of breaching a sexual harm prevention order.