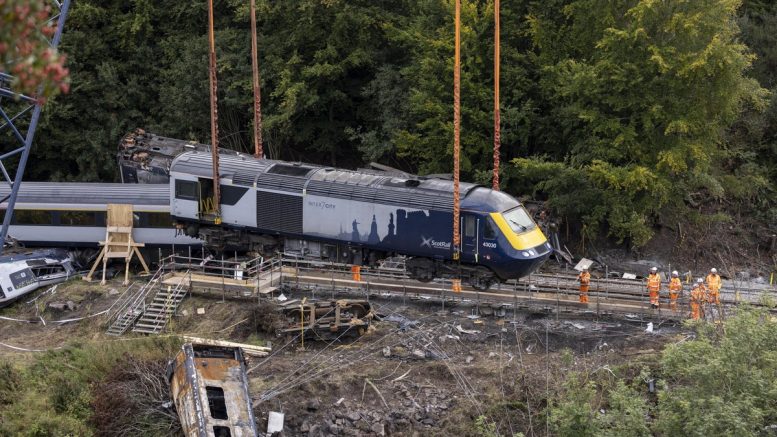 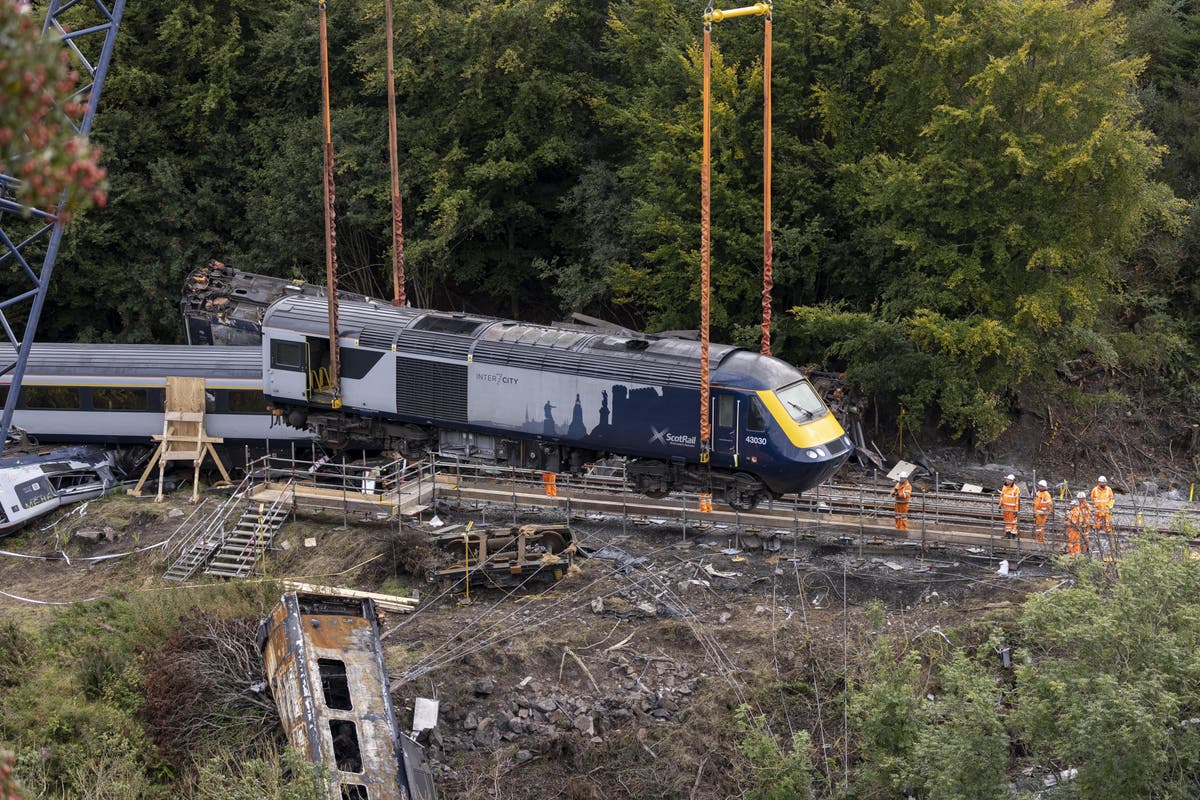 minute’s silence will be held for the victims of the Stonehaven rail crash one year on from the disaster.

The train drivers’ union Aslef said the ScotRail derailment, which claimed three lives on August 12 last year, would be silently reflected upon by workers on Thursday morning.

Driver Brett McCullough, 45, conductor Donald Dinnie, 58, and passenger Christopher Stuchbury, 62, died when the 6.38am Aberdeen to Glasgow Queen Street train crashed into a landslide across the tracks near Stonehaven, Aberdeenshire following heavy rain.

Six other people were injured onboard the train, which came off the tracks at 9.37am and would have been busier were it not for the pandemic, said Aslef.

Network Rail’s interim report on the crash found the train “struck a pile of washed-out rock and gravel before derailing”.

The Rail Accident Investigation Branch has said there was “near-continuous heavy rain” in the area between around 5.50am and 9am on the day of the crash, which caused “significant flooding”.

The 51.5mm of rain that fell in this period was almost 75% of the monthly total in Aberdeenshire in an average August.

But it was “dry and sunny” when the derailment happened at 9.37am.

The 6.38am service from Aberdeen to Glasgow was returning towards Aberdeen at the time of the accident due to the railway being blocked.

It was travelling at around 73mph – below the maximum permitted speed of 75mph for that section of track – when it struck the debris and derailed to the left, destroying a bridge barrier.