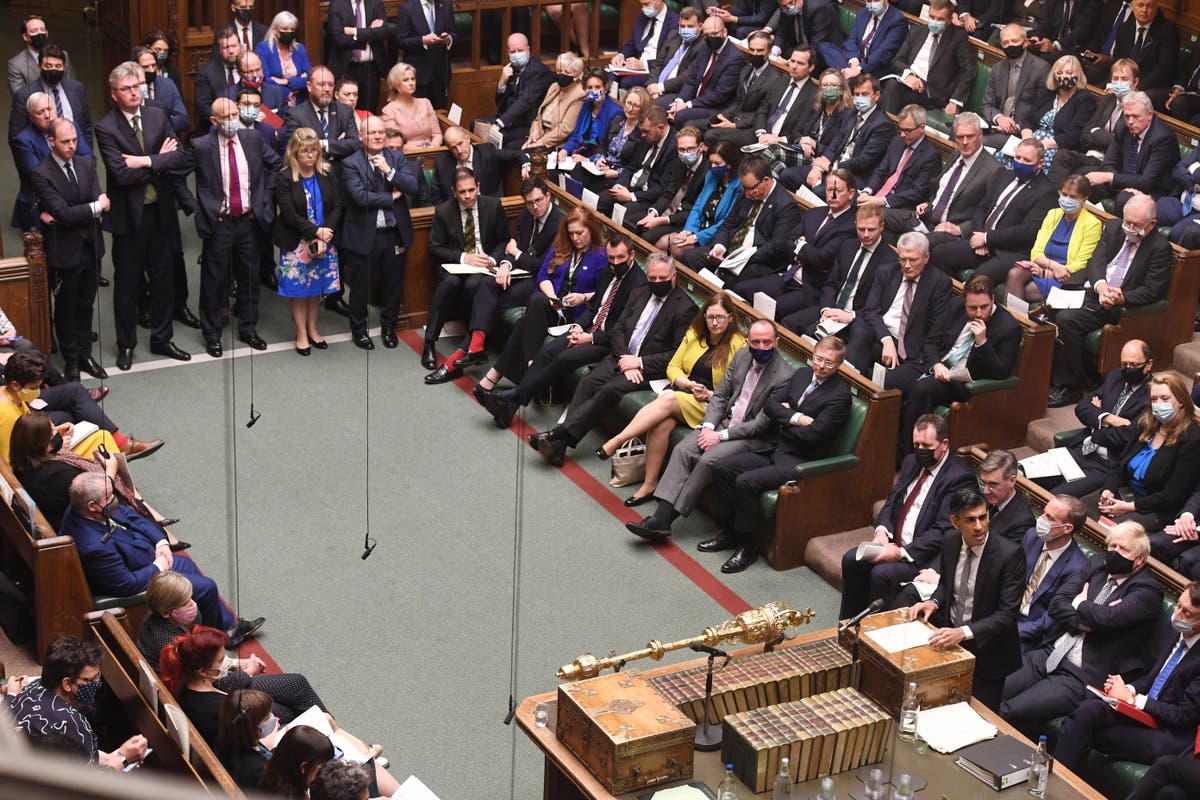 Ps are set to vote on whether to scrap the controversial standards reforms that sparked Westminster’s sleaze row.

A motion to rescind the so-called Leadsom amendment, which looked to establish a review of the MPs standards investigation process and delay Owen Paterson’s suspension for breaking lobbying rules, has been tabled by Commons Leader Jacob Rees-Mogg for Monday.

It comes as the Prime Minister admitted for the first time that he could have handled the Paterson affair “better”.

Mr Johnson, pressed on what he would say to people who thought he had “got it wrong” on the standards changes, told a Downing Street press briefing on Sunday: “Of course, I think things could certainly have been handled better, let me put it that way, by me.”

The Conservative leader has seen his party and his own personal ratings plummet in opinion polls since the Government’s controversial bid to tear up the Commons standards system, with a host of surveys suggesting the Tories have lost their lead over Labour since the sleaze row broke out.

The attempt to reform the system, and subsequent U-turn less than 24 hours later, has intensified the spotlight on MPs’ second jobs and their expenses claims, leading to a flurry of negative headlines for the Tories.

The Leadsom amendment came in response to Mr Paterson, a former environment secretary who has since quit Parliament, being handed a 30-day suspension after he was found to have lobbied for two companies paying him more than £100,000 a year.

Before ministers altered course, the plan formulated by Andrea Leadsom, a former Commons leader, had been for a new cross-party committee to overhaul the whole standards process, but also review Mr Paterson’s case specifically.

But the plan fell apart when opposition parties made clear they would not support the reforms.

Since the fallout caused by the vote, which has divided Tory backbenchers, the Government has backed a motion set out by senior Labour MP Chris Bryant who chairs the Select Committee on Standards.

Mr Bryant’s motion, if approved by MPs, would reverse the amendment that Conservatives were controversially whipped to vote for on November 3.

The order paper states that Monday’s motion “rescinds … the appointment of a new select committee”, which had been due to be chaired by former culture secretary John Whittingdale.

The motion will also accept the Standards Committee’s report recommending that former cabinet minister Mr Paterson be suspended, while noting that he is no longer an MP.

The Prime Minister, during Sunday’s press briefing, gave his backing to the Commons standards commissioner, Kathryn Stone, calling for her to be “allowed” to do her job.

His comments come after Business Secretary Kwasi Kwarteng said Ms Stone should consider her position after the way she handled the investigation into former North Shropshire MP Mr Paterson.

Mr Johnson said he had confidence in the standards tsar, telling reporters: “I think the commissioner has a job to do and a huge amount of work to do, and she needs to get on and be allowed to do it.

“Whether the system is capable of improvement or not is a matter for the Standards Committee and for the House.”