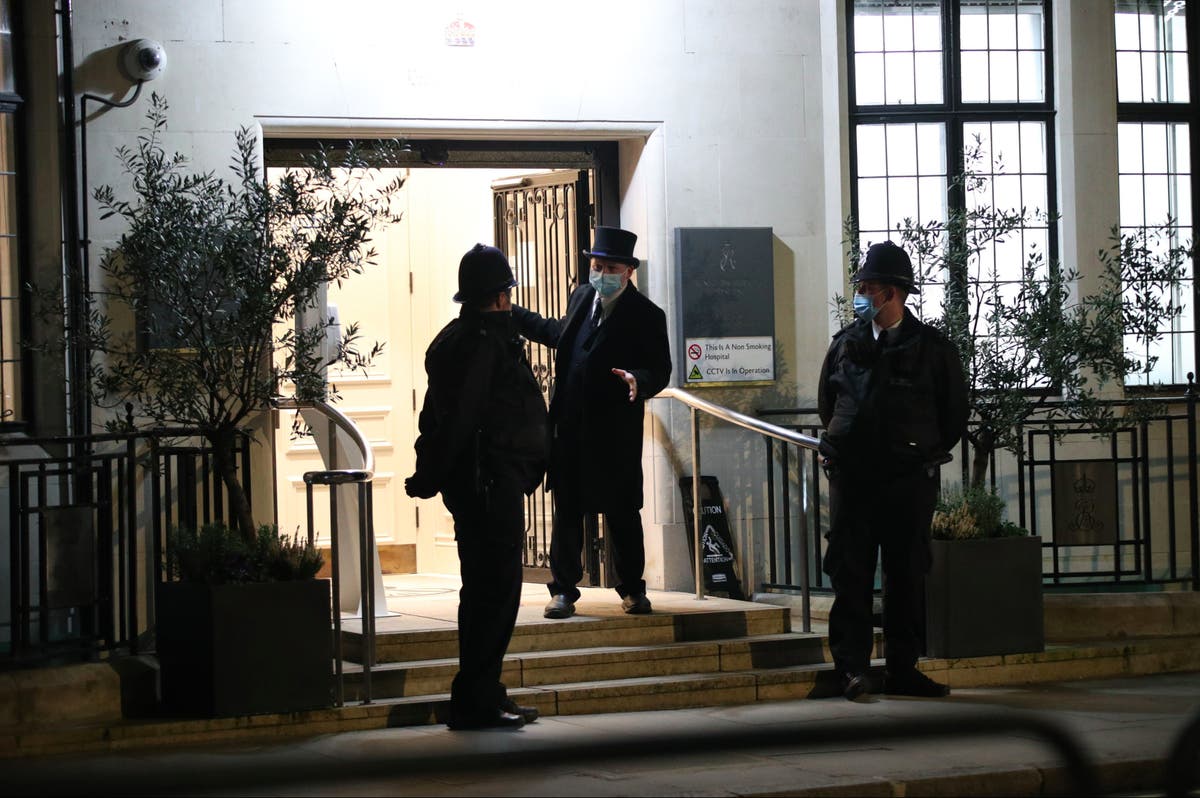 Buckingham Palace has said admitting the 99-year-old duke was a “precautionary measure”.

There were no reports of visitors arriving at the private hospital on Thursday, but the duke is known for his “no fuss” attitude.

Philip’s hospital admission is front page news and outside King Edward VII’s photographers, cameramen and journalists have gathered to cover any developments.

The duke, who turns 100 on June 10, is in hospital for an undisclosed reason, although it is not coronavirus-related.

It is understood a doctor was called after Philip felt unwell for a short period and he was taken to hospital by car, where he walked in unaided as a non-emergency admission.

The duke has been spending the latest lockdown with the Queen at Windsor Castle and in January they both received Covid vaccinations.

Buckingham Palace said in a statement issued on Wednesday: “His Royal Highness the Duke of Edinburgh was admitted to King Edward VII’s Hospital in London on Tuesday evening.

“The duke’s admission is a precautionary measure, on the advice of His Royal Highness’s doctor, after feeling unwell.

“The duke is expected to remain in hospital for a few days of observation and rest.”

It is understood the decision to admit Philip was taken with an “abundance” of caution.

The duke last had a spell in hospital when he spent four nights at the King Edward VII’s in December 2019, where he was treated for a “pre-existing condition” and discharged on Christmas Eve.