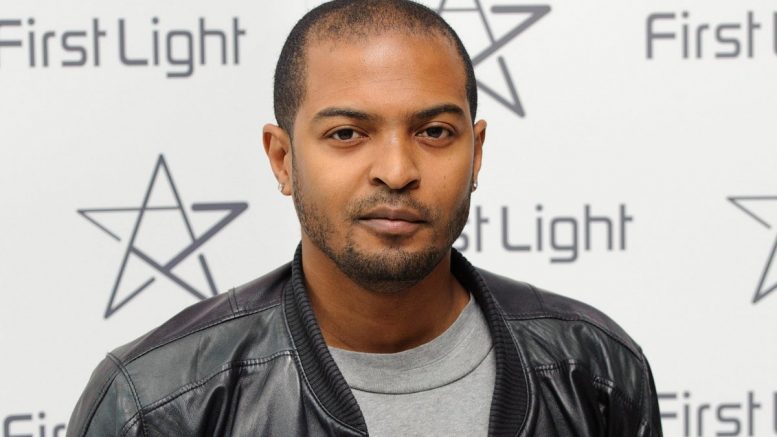 oel Clarke has said he will be seeking professional help and has apologised “deeply” for his actions, but has “vehemently” denied sexual misconduct or criminal behaviour.

The actor and producer said it has become clear to him that “some of my actions have affected people in ways I did not intend or realise”, and offered an apology to those affected.

His statement comes after 20 women who knew Clarke in a professional capacity came forward and made allegations about him to The Guardian newspaper.

Clarke said in a statement to the PA news agency: “I vehemently deny any sexual misconduct or criminal wrongdoing.

“Recent reports however have made it clear to me that some of my actions have affected people in ways I did not intend or realise.

“To those individuals, I am deeply sorry. I will be seeking professional help to educate myself and change for the better.”

ITV pulled the concluding episode of a drama starring the 45-year-old from schedules on Friday evening after the accusations were published.

The actor is currently starring in the thriller Viewpoint as DC Martin Young, a surveillance detective who sets up his observation post in the home of a single mother.

The five-part drama was broadcast throughout this week and was due to conclude on Friday night.

Broadcaster Sky, which has aired three series of Clarke’s series Bulletproof, has said it is halting work with Clarke following the accusations.

Meanwhile Bafta has sought to explain why it honoured Clarke with the outstanding British contribution to cinema award earlier this month – after it had been informed of accusations of misconduct.

The academy has suspended his award and membership, and sought to clarify to members why it proceeded with plans to celebrate the actor at the recent film awards.

On Friday The Guardian reported Bafta spent two weeks deciding how to respond to the accusations in the run-up to Clarke receiving his award.

The newspaper said by the night before the ceremony Bafta chairman Krishnendu Majumdar knew there could be as many as 12 women making accusations against Clarke.

The Guardian also said Mr Majumdar told another industry figure they were “trying to do something about it” on the eve of the awards and that he feared “this will destroy us”.

He is also said to have commented on a Zoom call that Bafta faced a “desperately difficult situation” and the organisation “cannot act as judge and jury on this”.

MP Stella Creasy said the allegations posed “very uncomfortable questions for Bafta”, while shadow Northern Ireland minister Alex Davies Jones tweeted: “If @Bafta gave Noel Clarke an ‘outstanding contribution award’ despite knowing about the allegations against him then there are serious questions that need answering immediately.”

In a letter to its membership, Bafta said it was not aware of allegations relating to Clarke before announcing he would be given the award and it was in the days following the announcement in March that the body received anonymous emails of second or third-hand accounts.

The letter said: “We want to reassure you that we have treated this matter with the utmost seriousness, care and proper process at every stage.

“The Bafta board of trustees has remained right across this matter, has met a number of times and are fully supportive of all actions taken.

“The allegations against Mr Clarke are extremely serious and the behaviour they allege are contrary to Bafta’s values and everything it stands for.

“But no matter how abhorrent these allegations are, they cannot be dealt with without due process.

“Bafta is an arts charity that is not in a position to properly investigate such matters.”

The academy said the emails it received were “either anonymous or second or third-hand accounts via intermediaries”.

It added: “No first-hand allegations were sent to us. No names, times, dates, productions or other details were ever provided.

“Had the victims gone on record as they have with The Guardian, the award would have been suspended immediately. Noel Clarke’s counsel received a legal notice to this effect.

“It was always very clear what our intentions would be.

“We asked for individuals to come forward with their accounts and identify themselves, as they have done with The Guardian, but due to the anonymous claims and the lack of first-hand specificity, we did not have sufficient grounds to take action.”

Bafta added it put in place an “independent, appropriately qualified person” with whom alleged victims could discuss the issues.

The letter concluded: “We very much regret that women felt unable to provide us with the kind of first-hand testimony that has now appeared in The Guardian.

“Had we been in receipt of this, we would never have presented the award to Noel Clarke.”

A previous statement from Clarke said: “In a 20-year career, I have put inclusivity and diversity at the forefront of my work and never had a complaint made against me.

“If anyone who has worked with me has ever felt uncomfortable or disrespected, I sincerely apologise.

“I vehemently deny any sexual misconduct or wrongdoing and intend to defend myself against these false allegations.”

Clarke’s Bulletproof co-star, Ashley Walters said on social media: “My thoughts are with the women who have come forward and told their awful stories, I am in shock and deeply saddened by what I have heard on a multitude of levels.”

She added: “Every woman has the right to a safe workplace and moving forward I pledge my dedication to this.”

Vertigo Films, the UK producers behind Bulletproof, said: “We are devastated to hear about these allegations and have launched an urgent investigation to find out if any apply to any Vertigo Films productions.

“Our immediate concern is for any cast or crew who may have had a negative experience on set.

“We have robust procedures in place for reporting incidents, including the ability to raise issues anonymously.

“And while no issues have been flagged to us, we stand ready to support anyone who has had a negative experience on the show and encourage you to come forward with confidence.

Clarke made his first TV appearance more than 20 years ago in the Channel 4 series Metrosexuality, and gained fame for his roles as Mickey Smith in Doctor Who and Wyman Norris in Auf Wiedersehen, Pet.

He later wrote and starred in the acclaimed film trilogy Kidulthood, Adulthood and Brotherhood, and directed two of them.

Clarke was first recognised by Bafta in 2009, when he won the Rising Star prize.

A spokesman said: “Noel Clarke was a client of 42 M&P until April this year but the company no longer represents him.”