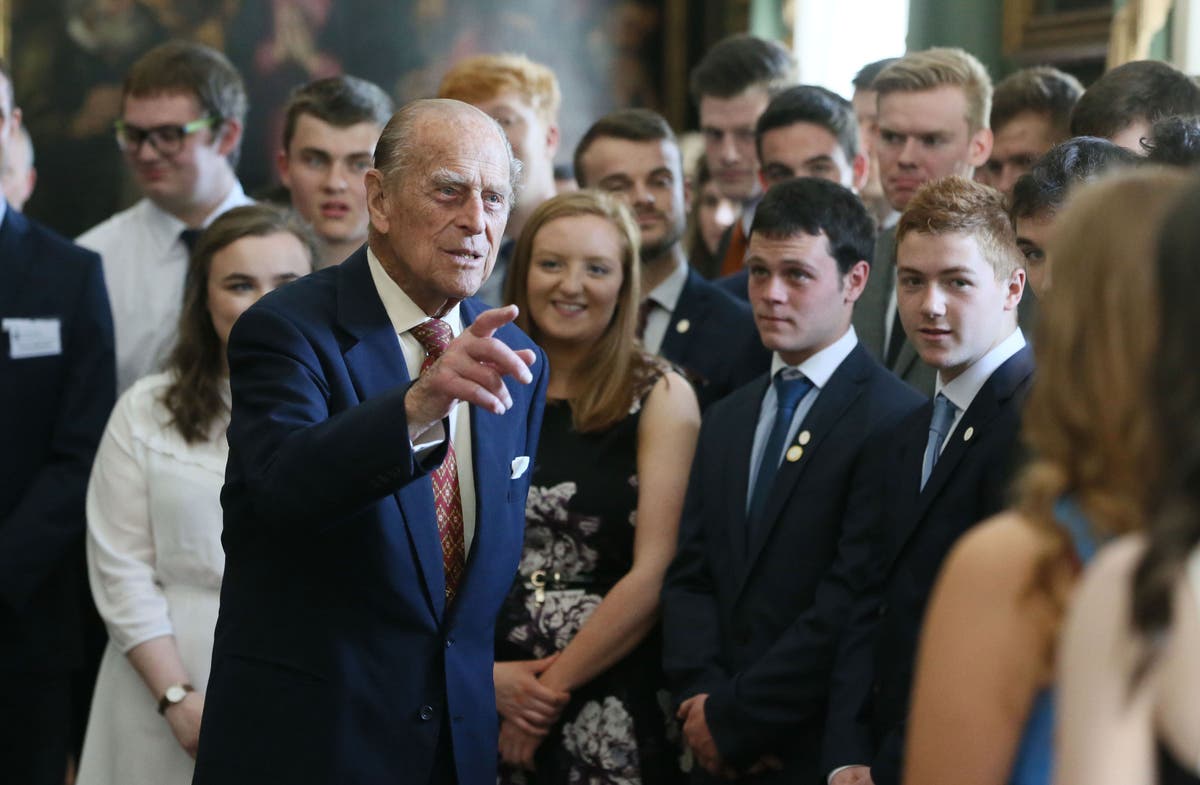 ictures of Prince Philip feature on newspapers across the globe after the death of the duke aged 99 on Friday.

The Queen announced the death “with great sorrow”, with many papers reflecting on the service Philip provided during his lifetime.

Under the headline “a life of service to Queen and country”, the Daily Telegraph’s leader column speaks of “someone who through his support for the Crown made a lasting contribution to the institution of monarchy and to the nation in his own right”.

It added: “The Duke was often caricatured by republican detractors as gaffe-prone and old-fashioned.

“But he was a man of his generation, a wartime one, indeed, that possessed many of the attributes he displayed – loyalty, courage, stoicism, reticence and discretion. These are virtues, not faults.”

While the Times carries a leader in which they speak of Philip as having “strong views, a quick wit and a sharp tongue”.

They wrote: “The prince … had a thick skin, a sense of humour and a self-awareness that went a long way in mitigating his lack of tact.

“Way back in 1960, he told the General Dental Council: ‘Dontopedology is the science of opening your mouth and putting your foot in it, a science which I’ve practised for a good many years’.”

Overseas, and several Australian newspapers are among those featuring pictures of the duke.

The NT News, usually known for its irreverent front pages, has a sombre take on the news, while reports also feature on the front of the Sydney Morning Herald, The Australian and The Daily Telegraph.

The Herald’s Europe correspondent Bevan Shields wrote the “love story” between the Queen and Philip has “driven much of the grief in Britain following his death”.

He added: “For 73 years they have been the foundation and rock of the United Kingdom. That’s now gone, at a time when Brits are suddenly uncertain about what the future holds. And a time when the royal family itself is fracturing.”

Spanish paper ABC carries a picture of the duke doffing a bowler hat during his retirement from public duty in 2017 and the headline “at the service of her majesty”, while a range of German local papers write: “He was always in the shadow of the Queen, as the royal of the second row was always loyal – and full of humour.”

Elsewhere in Europe, and French papers Liberation and Le Figaro carry the death on their front pages, while Le Monde carries a column suggesting the duke could have had “Prince of Blunders” added to his long list of honorary titles.

A column by Philippe Bernard suggests Philip had “never ceased to feed a repertoire of blunders”, including “offbeat marks of affection, manifestations of British humour or frankly inappropriate or even stupid remarks”.

Person taken to hospital after attempting to rescue dog from sea