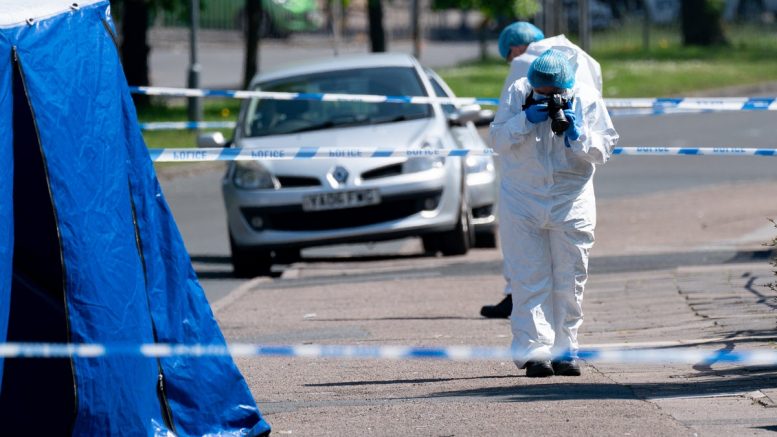 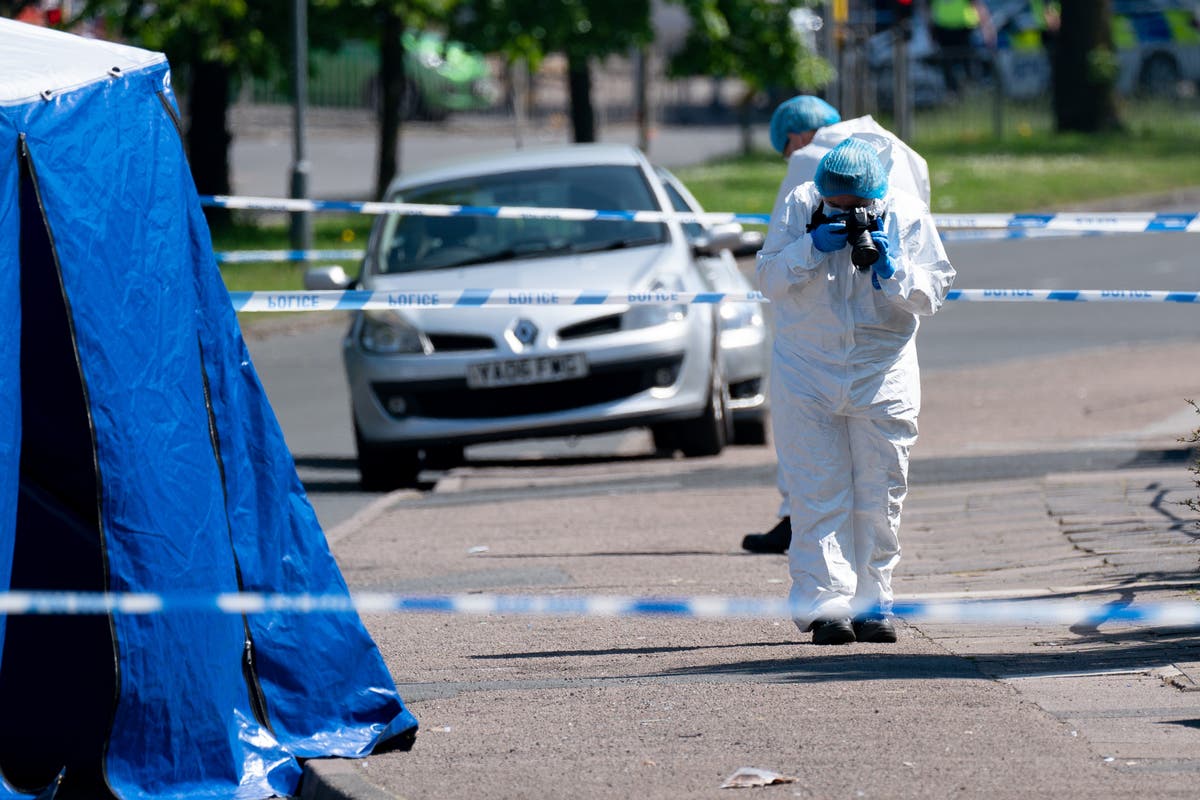 acist language was directed at an “incredibly talented” 14-year-old boy before he was chased and stabbed to death, police have said.

West Midlands Police said there was a “precursor incident” shortly before Dea-John Reid was killed on College Road in the Kingstanding area of Birmingham at about 7.30pm on Monday.

Six people were arrested on suspicion of murder on Tuesday, including two teenagers aged 13 and 14, and four men in their 30s.

Dea-John’s family paid tribute to him on Wednesday and called for an end to knife crime, saying: “How many more mothers will have to mourn for their sons for this to stop?”

All six suspects continue to be questioned in custody, police said.

Police have now urged witnesses to the precursor incident to come forward.

Detective Chief Inspector Stu Mobberley, from the force’s Homicide Unit, said: “New information is coming into the inquiry all the time and being assessed.

“As the investigation has progressed we now believe there was an incident involving Dea-John and his friends shortly before the murder. That quickly escalated, resulting in Dea-John’s tragic death.

“During this precursor incident racist language was directed at Dea-John and his friends – that’s now being investigated.

“We’re still appealing for witnesses, anyone who saw or heard anything that could help our investigation, to get in touch so we can build up a clear picture of what happened.”

Officers previously said there was “nothing to suggest” the stabbing was racially-motivated.

Paying tribute to Dea-John, his family released a statement through the force saying: “We’d like to thank the emergency services for their diligence and support… and the public for their outpouring of love and support throughout this tragic and challenging time.

“The passing of this incredibly talented young boy will be felt by us all.

“How many more mothers will have to mourn for their sons for this to stop?”

West Midlands Police have voluntarily referred the case to the Independent Office for Police Conduct (IOPC) after “looking at previous incidents involving the victim”.

The force said a post-mortem examination confirmed the youngster died from a stab wound to the chest.