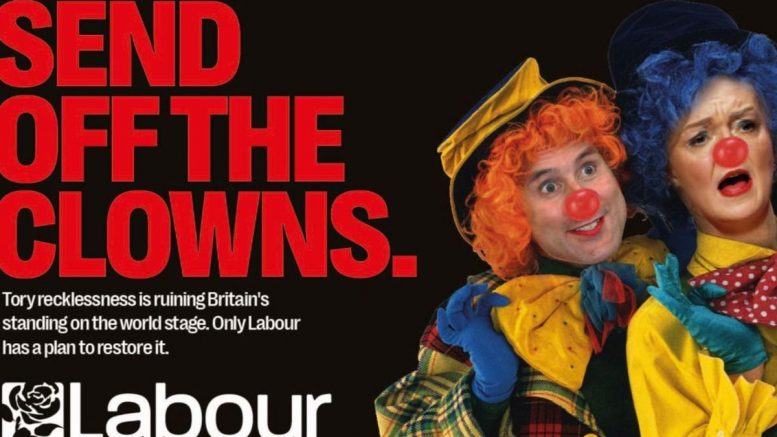 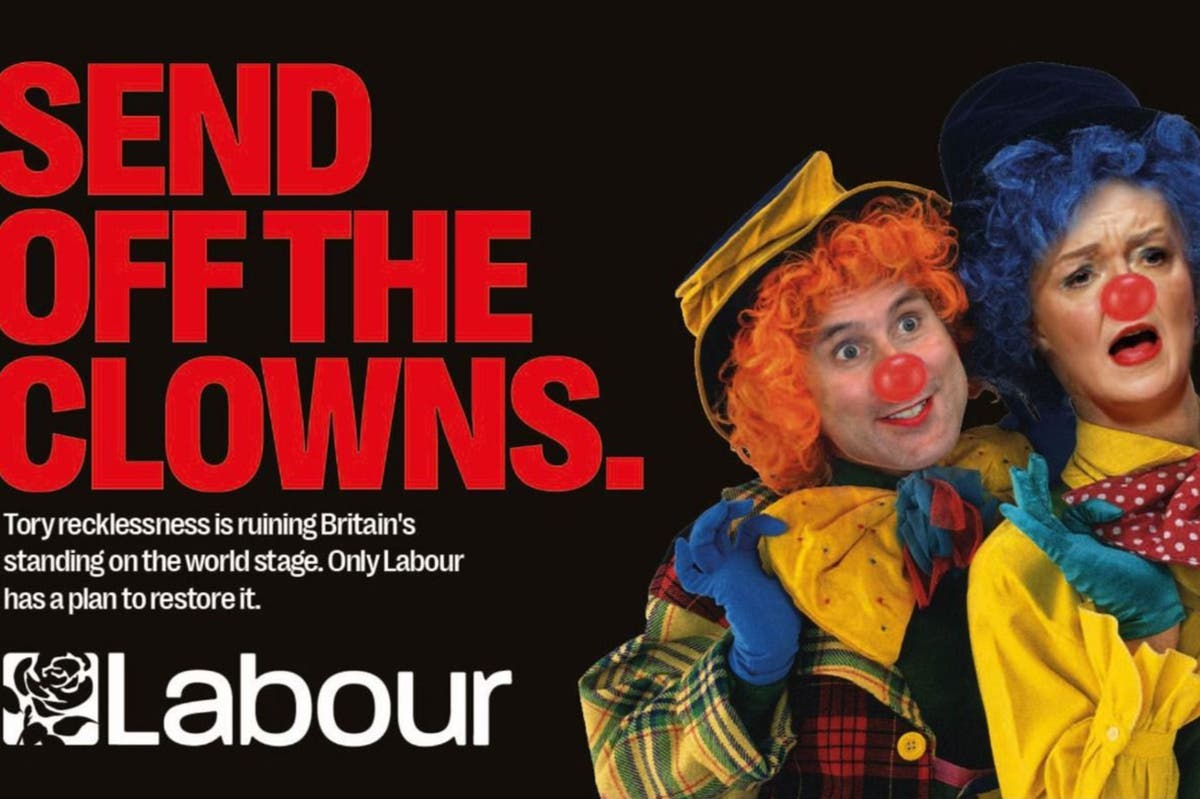 he Labour Party is looking to capitalise on the Government crisis with a series of scathing new adverts as it gears up for the next general election.

In four scathing posters, seen by the PA news agency, Labour attacks the Conservatives for damaging the UK’s standing on the world stage, hiking mortgages and crashing the economy.

It comes after a disastrous week for Prime Minister Liz Truss, whose authority has been left severely damaged by her decision to sack Chancellor Kwasi Kwarteng and reversing her prior decision to halt the increase on corporation tax.

The new posters have been drawn up by Labour’s advertising agency Lucky Generals.

One poster accuses the Government of leaving “Britain’s reputation in tatters” alongside a picture of a shredded Union Jack.

Another has the slogan: “Your mortgage is going through the roof” incorporated into an image of a massive hole in a roof.

A third poster shows Ms Truss and the new Chancellor Jeremy Hunt dressed up as clowns, alongside the message: “Send off the clowns.”

The Prime Minister and Mr Kwarteng’s heads have also been photoshopped onto dummies in a fourth poster, which says: “These dummies have crashed the economy.”

A Labour source told the PA news agency: “As the old saying goes, if you don’t laugh, you cry. The fact the Tories have crashed the economy is deadly serious.

“Just look at the way the Tories have pushed up mortgage rates. We love these ideas from Lucky Generals that show only Labour can be trusted with the economy these days.”

Labour leader Sir Keir Starmer has been taking advantage of the political chaos in recent weeks as the party looks to defeat the Tories in the next general election, likely to be in December 2024.

Earlier on Friday, Sir Keir tweeted: “The Tories no longer have a mandate from the British people.

“After 12 years of stagnation, excuses are all they have left. The change this country needs is a Labour government.”

The campaign comes as the new Chancellor defended Ms Truss’s overall economic plan but admitted the Government went “too far, too fast” with its mini-Budget.

In a statement, released late on Saturday, he said: “My focus is on growth underpinned by stability. The drive on growing the economy is right – it means more people can get good jobs, new businesses can thrive and we can secure world class public services. But we went too far, too fast.

“We have to be honest with people and we are going to have to take some very difficult decisions both on spending and on tax to get debt falling, but at the top of our minds when making these decisions will be how to protect and help struggling families, businesses and people.

“I will set out clear and robust plans to make sure Government spending is as efficient as possible, ensure taxpayer money is well spent and that we have rigorous control over our public finances.”