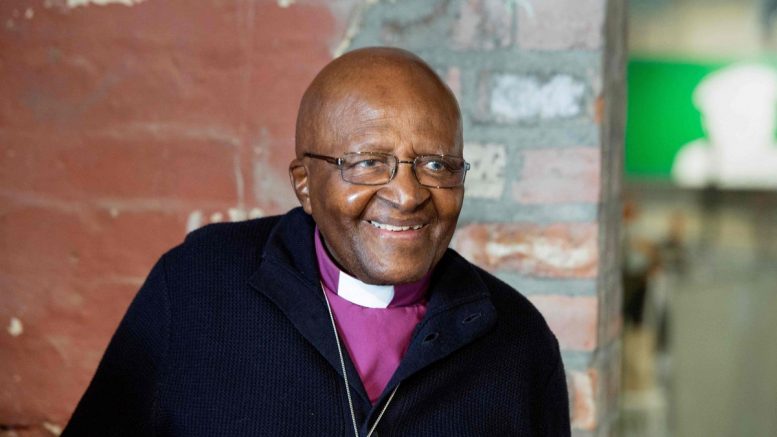 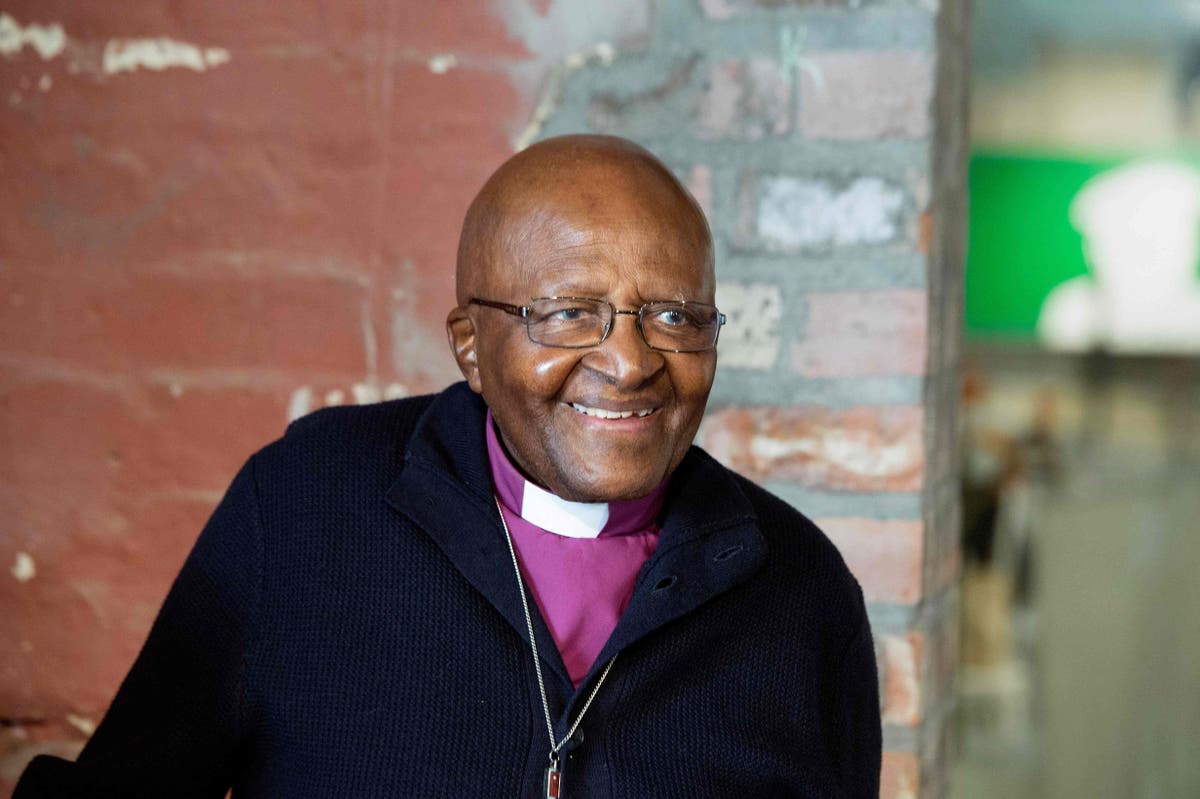 He made his mark in the world as the Nobel Peace Prize laureate and veteran of South Africa’s struggle against white minority rule.

President Cyril Ramaphosa broke the news of his death in a statement on Sunday.

“The passing of Archbishop Emeritus Desmond Tutu is another chapter of bereavement in our nation’s farewell to a generation of outstanding South Africans who have bequeathed us a liberated South Africa,” he said.

Tutu won the Nobel Peace Prize in 1984 for his non-violent struggle against apartheid.

He was named the first black Archbishop of Cape Town in 1986 – becoming the head of the Anglican Church, South Africa’s fourth largest.

The Archbishop held the position until 1996.

A school teacher’s son, Tutu was born in Klerksdorp – a conservative town west of Johannesburg, on October 7 in 1931.

During the 1980s, he became the face of the anti-apartheid movement abroad.

At this time, many of the leaders of the rebel African National Congress (ANC) – such as Nelson Mandela – were behind bars.

“Like falling in love” is how the Archbishop described voting in South Africa’s first democratic election in 1994.

Tutu married Leah in 1955. They had four children and several grandchildren.

The family had homes in Cape Town and Soweto township near Johannesburg.

In his retirement, he battled with prostate cancer and largely withdrew from public life.

Asked on his retirement as Archbishop of Cape Town in 1996 if he had any regrets, Tutu said: “The struggle tended to make one abrasive and more than a touch self-righteous. I hope that people will forgive me any hurts I may have caused them.”

He hosted Prince Harry, his wife Meghan and their then four-month-old son Archie in one of his last public appearances at his charitable foundation in Cape Town in September 2019.

Tutu said they were a “genuinely caring” couple.

Social media was awash with tributes for Tutu.

The Archbishop of Canterbury Justin Welby tweeted: “Archbishop Desmond Tutu was a prophet and priest, a man of words and action – one who embodied the hope and joy that were the foundations of his life.

“Even in our profound sorrow we give thanks for a life so well lived. May he rest in peace and rise in glory.”

In a statement released online, he added: “The death of Archbishop Desmond Tutu (always known as Arch) is news that we receive with profound sadness – but also with profound gratitude as we reflect upon his life.

“My prayers and condolences are with his family and all who loved him, with the Anglican Church of the Province of Southern Africa, and all of the people of South Africa.

“Arch’s love transformed the lives of politicians and priests, township dwellers and world leaders. The world is different because of this man.”

Among the tributes, Carol Vorderman said she was “immensely sad” to hear of Tutu’s death.

In a series of tweets, Vorderman wrote: “1/3 So immensely sad to hear of the passing of Desmond Tutu this morning. For my generation who learned late of apartheid (if it wasn’t in the library you didn’t know about things back then) and then to watch that system of hate be dismantled, the “Arch” was there all the way.”

A second tweet said: “He was so wise and strong, and growing up we remembered his smile even when we couldn’t hear his words. Throughout your life, and mine, we will come across the few … the ones who stay in your mind and who fill your heart when you think of them. He is one of the few.”

Her final tweet read: “Archbishop Desmond Tutu … thank you for all you’ve done with your life, and for your smile and your dancing, from a little Welsh girl you never knew but who thought you were amazing.”

Do not play into expansionist Nato narrative, minister warns