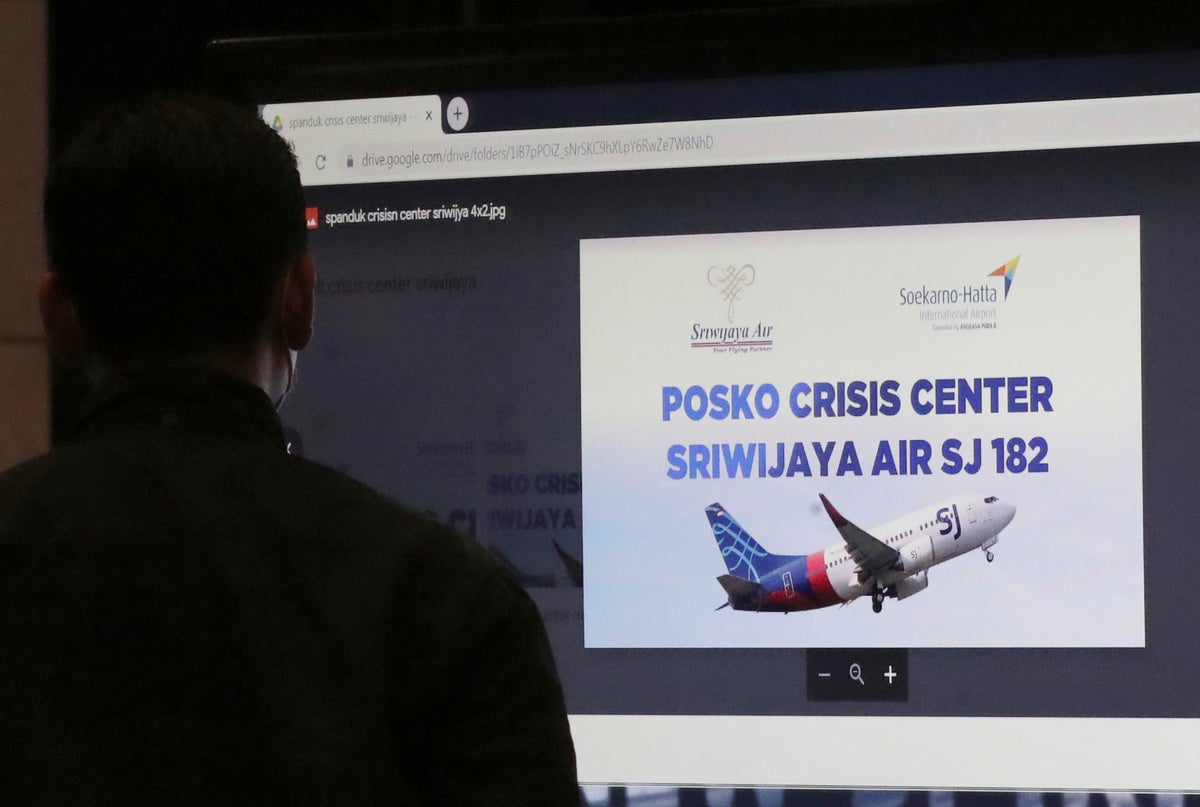 Boeing 737 passenger jet with more than 60 people onboard has lost contact with air traffic control shortly after taking off from the Indonesian capital Jakarta.

Indonesian Transportation Ministry spokesperson Adita Irawati said the Boeing 737-500 took off from Jakarta at about 1:56 p.m. and lost contact with the control tower at 2:40 p.m.

A statement released by the airline said the plane was on an estimated 90-minute flight from Jakarta to Pontianak, the capital of West Kalimantan province on Indonesia’s Borneo island. There were 56 passengers and six crew members onboard.

According to tracking website Flight24, the aircraft plunged 10,000 feet in less than 60 seconds as it flew over the Java Sea, about four minutes after taking off from Soekarno–Hatta International Airport.

Transportation Minister Budi Karya Sumadi said Flight SJ182 was delayed for an hour before it took off at 2:36 p.m. The Boeing 737-500 disappeared from radar after the pilot contacted air traffic control to ascend to an altitude of 29,000 feet (8,839 meters), he said.

The airline said in a statement that the plane was on an estimated 90-minute flight from Jakarta to Pontianak, the capital of West Kalimantan province on Indonesia’s Borneo island. There were 56 passengers and six crew members on board.

Sumadi said a dozen vessels, including four warships, were deployed in a search and rescue operation centered between Lancang island and Laki island, part of the Thousand Islands chain just north of Jakarta.

Local media reports said fishermen spotted metal objects believed to be parts of a plane on Saturday afternoon in the Thousand Islands.

A Boeing 737 MAX operated by Indonesian airline Lion Air crashed off Jakarta in late 2018, killing all 189 passengers and crew. The plane that lost contact on Saturday is a much older model.

National search and rescue agency Basarnas said it could give no immediate comment.

Surachman, a local government official, told Kompas TV that fishermen found what appeared to be the wreckage of an aircraft in waters north of Jakarta and a search was underway. Other channels showed pictures of suspected wreckage.

“We found some cables, a piece of jeans, and pieces of metal on the water,” Zulkifli, a security official, told CNNIndonesia.com.

Unverified videos and images posted on Twitter claimed to show wreckage being pulled from the Java Sea.

Sriwijaya Air was founded in 2003 and is Indonesia’s third-largest airline, with its hub at Soekarno–Hatta International Airport.

Between November 2018 and November 2019 the airline was managed by Citilink, a subsidiary of the Indoensian national flag-carrier Garduda.

In a leaked internal letter in September 2019, Sriwijaya Air’s quality, safety and security director had recommended that the airline stopped operations until it improved safety standards, according to the Jakarta Post.

With reporting by Reuters

This is a breaking story