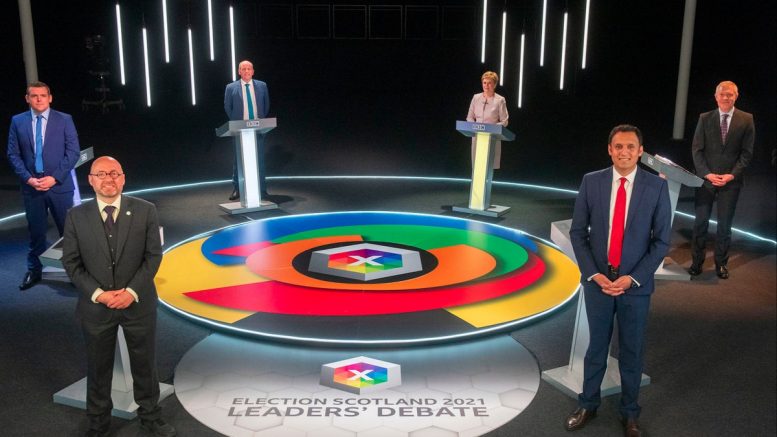 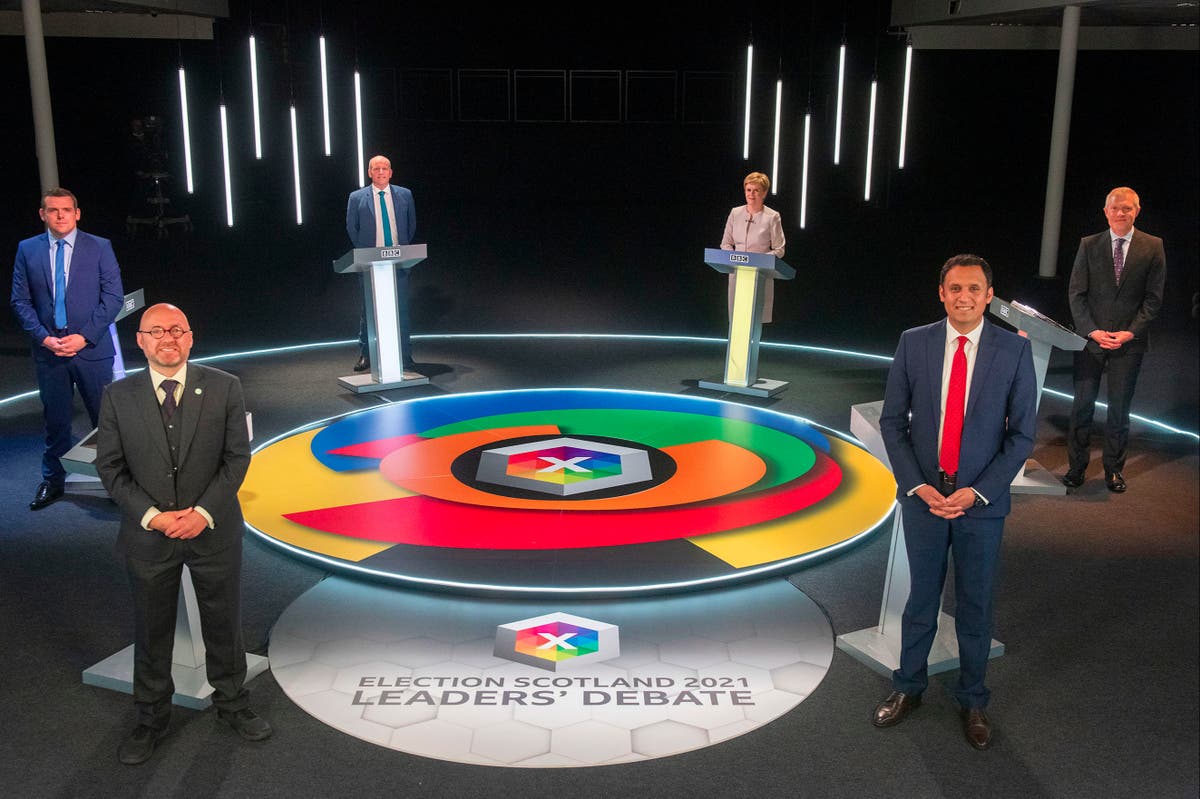 icola Sturgeon has said the Scottish Government will not hold an “illegal, wildcat referendum” as the Scottish Tories have alleged.

The exchanges between SNP leader Ms Sturgeon and her main rivals took place less than 36 hours before voters start to go to the polls.

The TV showdown, broadcast on BBC Scotland, saw the leaders of the five largest parties debate issues ranging from coronavirus to the care system and taxation.

Ms Sturgeon rejected the accusation that an SNP-led Scottish Government would hold an “illegal wildcat referendum”.

Responding to the assertion of Scottish Tory leader Douglas Ross, the First Minister said: “No we won’t. I’ve always said that, Douglas.”

She added: “I know Douglas that your campaign has perhaps not been the most successful campaign, but don’t start to issue smears and just tell untruths about my position and what I’ve said

“I’ve said consistently all along, sometimes to criticism from people in my own side of the argument, I would not countenance an illegal referendum – not least because it would not deliver independence and I want Scotland in the fullness of time and due course to become an independent country.”

Mr Ross said that, should a request be made for another referendum, Prime Minister Boris Johnson would reject it.

“Nicola Sturgeon has been clear. If she gets a majority, she’ll take her eye off the ball for Scotland’s recovery, for rebuilding this country from this pandemic and seek to hold another independence referendum.”

Scottish Labour leader Anas Sarwar, meanwhile, doubted the Tory leader’s commitment to the United Kingdom, saying: “The problem you have with Douglas’ approach is he’s just a gift to the SNP and if he leads the opposition after this election he’ll be the gift that keeps on giving.

“He’s only interested in saving his skin, not saving the Union.”

Scottish Greens co-leader Patrick Harvie said the possibility of an independent Scotland would allow the country to shape a more radical future.

“I don’t think we can afford to pass up the opportunity to shape our own recovery,” he said.

“This is a moment of incredible opportunity to decide what kind of country is going to emerge from Covid.”

The First Minister also said she does not support an increase in taxes, but admitted “unforeseen circumstances” such as cuts to the block grant may necessitate such a move.

Mr Ross’ party has also said it wants to bring taxes in Scotland back into line with the rest of the UK, but claims this would only happen towards the end of the parliamentary term, if the economic outlook allows.

“I am not saying this is a cast-iron commitment,” the Conservative said.

“But our pledge is to seek parity in the tax system, for 1.1 million people in Scotland who are taxed more for doing the exact same job than they are in the rest of the United Kingdom.”

Mr Sarwar, who has also said he is against a tax rise but would want to see such a move for those earning at least £150,000 per year in the first instance, accused the Tory leader of wanting to give himself a tax cut – to Mr Ross’ protestations.

“What Douglas is trying to say… is he would give himself a tax cut rather than people across the country.”

Mr Ross is already an MP, and is seeking to become an MSP, as well as being the leader of the Scottish Tories.

“You want to give yourself a tax cut for perhaps all three salaries you want to earn,” Mr Sarwar told him.