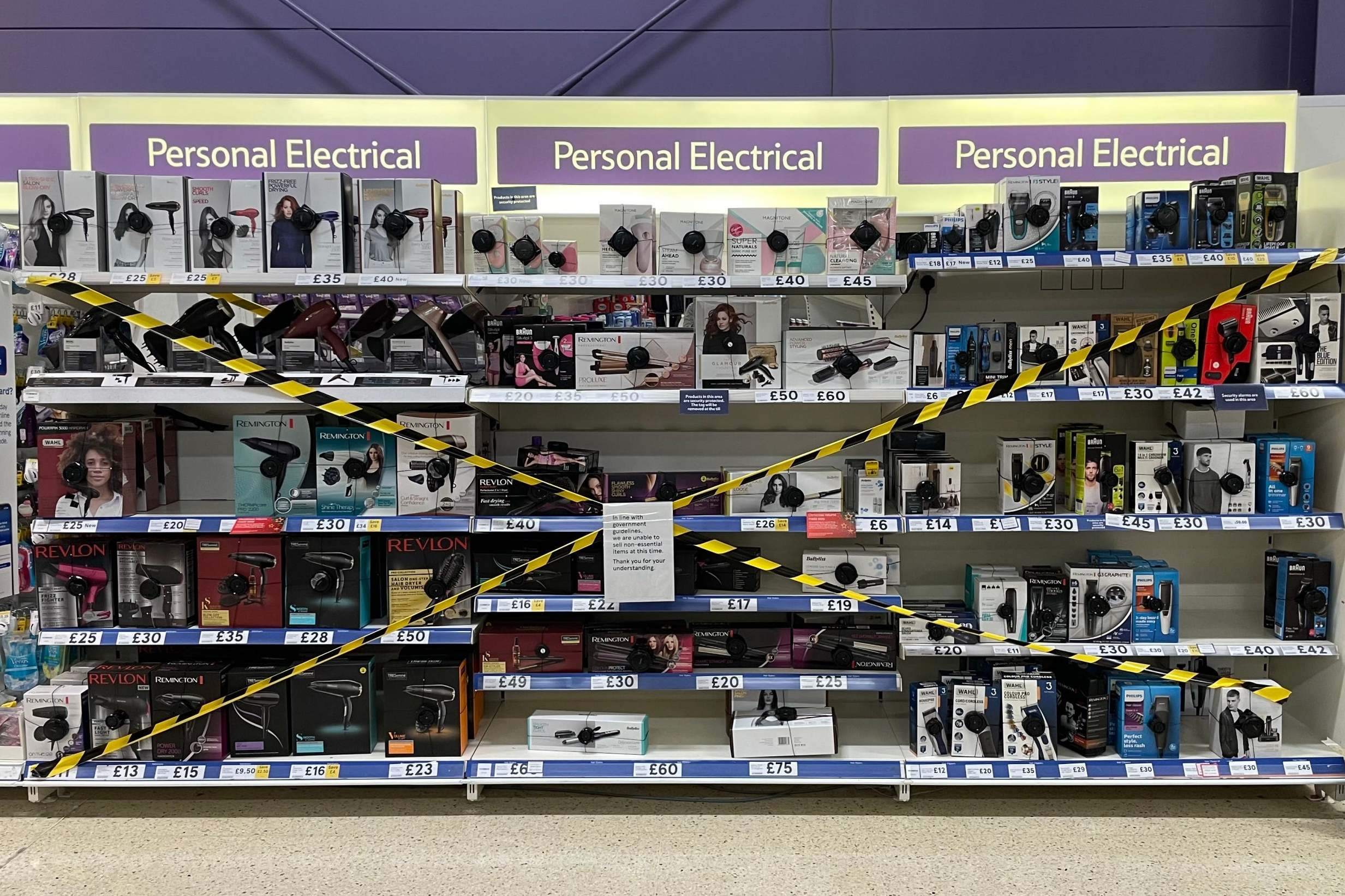 Thousands of people have signed a petition calling on the Welsh Government to reverse a ban on supermarkets selling non-essential items during the firebreak lockdown.

First Minister Mark Drakeford said the restriction was a “matter of fairness” as non-essential retail has to close during the two-week period, which began at 6pm on Friday and will last until November 9.

But shoppers criticised the ban saying it was “ridiculous” and that some of items had wrongly been deemed non-essential.

Images posted on social media showed aisles selling products such as children’s clothes, greetings cards and books blocked off, with plastic sheeting placed over items to prevent shoppers from accessing them.

A petition calling on the Welsh Government to allow supermarkets to sell non-essential items had received more than 19,000 signatures by Saturday afternoon.

“We do not agree that this is a prudent or rational measure, and will create more harm than good,” the petition states.

“We do not agree for example that parents should be barred from buying clothes for their children during lockdown while out shopping.

“This is disproportionate and cruel and we ask that the decision be reversed immediately.”

A video posted on social media showed a man ripping down plastic sheeting that was covering clothing aisles in a Bangor Tesco Extra store on Friday evening.

He added: “We’re heading into winter now and who would have thought clothes for children weren’t essential?”

“I’m sure there are people out there who can barely afford heating in their houses and now they want to stop people buying clothes in supermarkets.”

One social media user said the ban was “absolutely ridiculous”.

“Supermarkets having to tape off aisles as it is not essential items,” she said on Twitter.

“Pretty sure that if you are isolated for 17 days and your kettle packs in, you should be able to buy a new one.”

Another said the ban would have more of a negative impact of people with disabilities.

They wrote on social media: “Not impressed with not being able to purchase items. Not thinking of anybody least of all disabled people.

“Kettle breaks down like ours did in last lockdown at least we could buy one in the Supermarket. Using a pan of hot water is not viable whilst waiting for delivery for.”

Guidance published by the Welsh Government says certain sections of supermarkets must be “cordoned off or emptied, and closed to the public”.

Supplies for the “essential upkeep, maintenance and functioning of the household” – such as batteries, lightbulbs and rubber gloves – can be sold during the lockdown.

Mr Drakeford told a press conference on Friday in Cardiff that it was “not the time to be browsing around supermarkets looking for non-essential goods”.

During the two-week lockdown, all leisure and non-essential retail are closed including clothes shops, furniture stores and car dealerships.

The ban was announced in the Welsh Parliament on Thursday following a question to Mr Drakeford from Conservative MS Russell George.

Mr George said it was “unfair” to force independent clothing and hardware retailers to shut while similar goods were on sale in major supermarkets.

On Saturday, Andrew RT Davies, shadow health minister of the Welsh Conservatives, called for the ban to be “dropped immediately”.

“I have never witnessed such a fierce backlash against a decision from the Welsh Labour Government,” Mr Davies said.

“This ludicrous ban has caused real anger across Wales and it’s not fair on those staff working in our supermarkets, and the general Welsh public who are already at their wit’s end with a difficult fortnight looming.”

Under lockdown rules, people can only leave their home for limited reasons, such as to buy food and medicine, provide care or take exercise, and must work from home where possible.

Leisure, hospitality and tourism businesses are closed, along with community centres, libraries and recycling centres, while places of worship are shut other than for funerals or wedding ceremonies.

On Saturday, Health Minister Vaughan Gething said the firebreak would give people the “best chance” of seeing each other over Christmas.

Wales supermarkets to sell only ‘essential’ goods during lockdown


He told BBC Breakfast that scientists believed it would reduce the R value – the number of people each coronavirus case infects – to below one.

A new set of national measures is expected to be introduced in Wales after November 9.

Economists have estimated that the firebreak could cost the Welsh economy more than £500 million but Mr Gething said it would save the “much greater loss” of more prolonged measures. 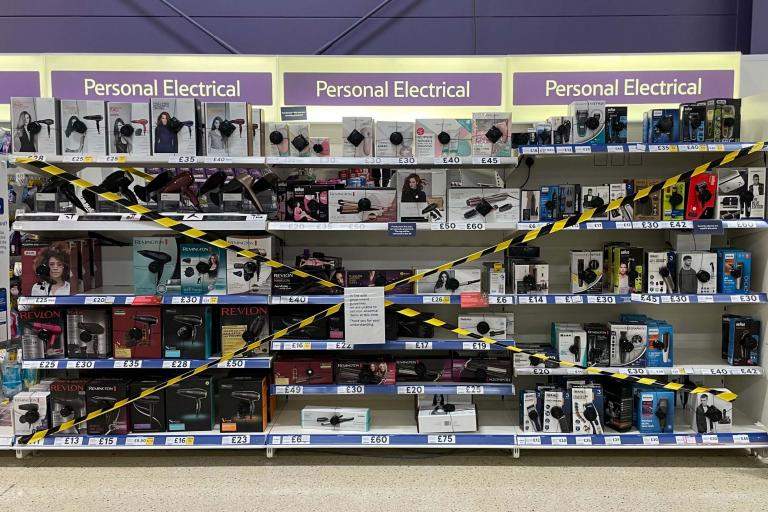