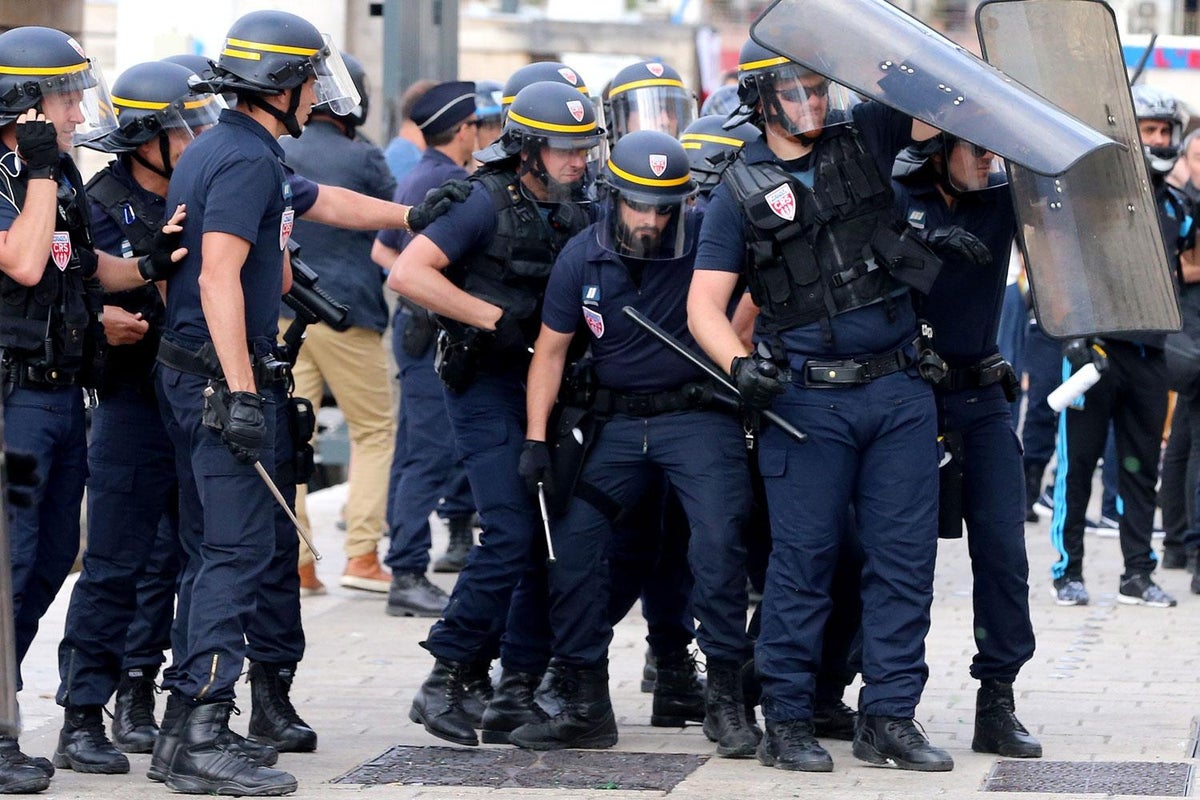 wo men from Russia have been jailed over an attack that left a British football supporter permanently disable during the UEFA Euro 2016 tournament.

Witnesses to the incident said they saw Mr Bache being caught by hooligans and receiving three or four violent blows to the head, including while he was on the floor.

Kosov was sentenced to 10 years in prison on Monday, while Ivkin was handed a three-year sentence.

The pair had been on trial in the southern French port city of Marseille accused of “gang violence with weapons, leading to permanent infirmity”.

They had been held in a French prison since March 2018.

Mr Bache’s lawyer, Olivier Rosato, said that the attack left his client severely disabled and he can no longer bear to return to Marseille.

“It’s a decision that satisfies the family,” said Mr Rosato.

“They wanted Kosov’s sentence to be severe because he was the first to punch Andrew, and from behind, causing him to smash his head on the ground, which was granite.”

Mr Rosato said that the two have also been banned from returning to France after they have served their sentences.

The riots in Marseille’s Old Port district lasted for several days, both before and after a match between England and Russia.

Police fired tear gas and water cannons at rival fans who were rioting around the city, a largely unsuccessful attempt to rein in violence that authorities said left several people injured.

Some fans walked through the city bare-chested and with blood dripping from head wounds.

French interior minister Bernard Cazeneuve said at the time that “once again, as over the last 30 years, an international football competition has been the scene of clashes between violent people claiming to be supporters of their national team”.