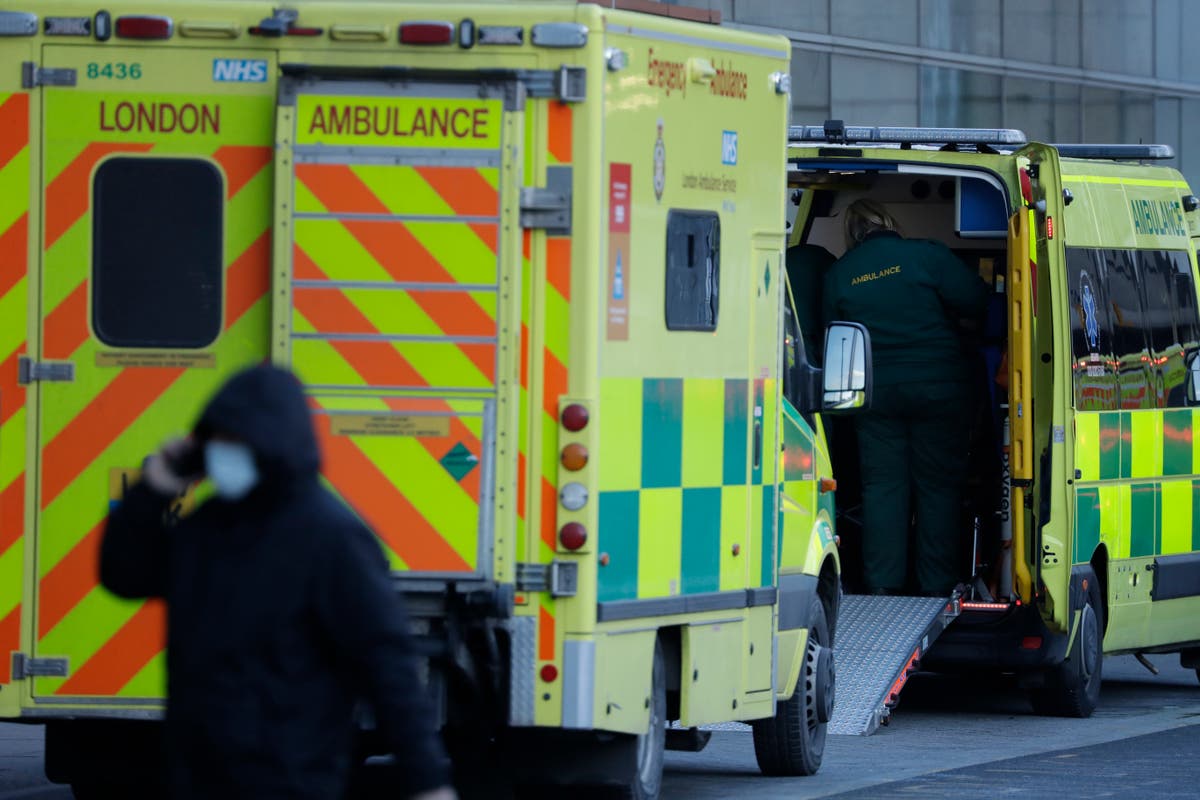 The daily rise is a drop from last Tuesday’s figure of 1,449.

Separate figures published by the UK’s statistics agencies for deaths where coronavirus has been mentioned on the death certificate, together with additional data on deaths that have occurred in recent days, show there have now been 132,000 deaths involving Covid-19 in the UK.

It comes after new data showed coronavirus deaths appear to have peaked in mid-January in a potential sign of hope that the current lockdown restrictions are working.

A total of 1,404 deaths involving Covid-19 occurred on January 19, according to data from the Office for National Statistics (ONS). This is the highest daily death toll in the second wave so far.

However, since January 19, the daily toll, based on the latest figures, has not been above 1,300.

The seven-day rolling average of first doses given in the UK is now 428,434.

Based on the latest figures, an average of 392,252 first doses of vaccine would be needed each day to meet the Government’s target of 15 million first doses by February 15.

WHO: Virus which causes Covid-19 ‘not from a lab’

Scotland recorded 58 deaths of coronavirus patients and 822 new cases in the past 24 hours.

The death toll under this measure – of people who first tested positive for the virus within the previous 28 days – is now 6,501.

Speaking at the Scottish Government coronavirus briefing, First Minister Nicola Sturgeon said the daily test positivity rate is 7.2 per cent, up from 6.6 per cent on Monday when 928 new cases were recorded.

Infections rose by 351 in Wales on Tuesday, taking the total number of confirmed cases to 197,021.

Public Health Wales reported another 10 deaths, taking the total in the country since the start of the pandemic to 5,011.

A further 10 people have died after testing positive for Covid-19 in Northern Ireland. Department of Health figures on Tuesday also notified another 275 new cases of the virus.