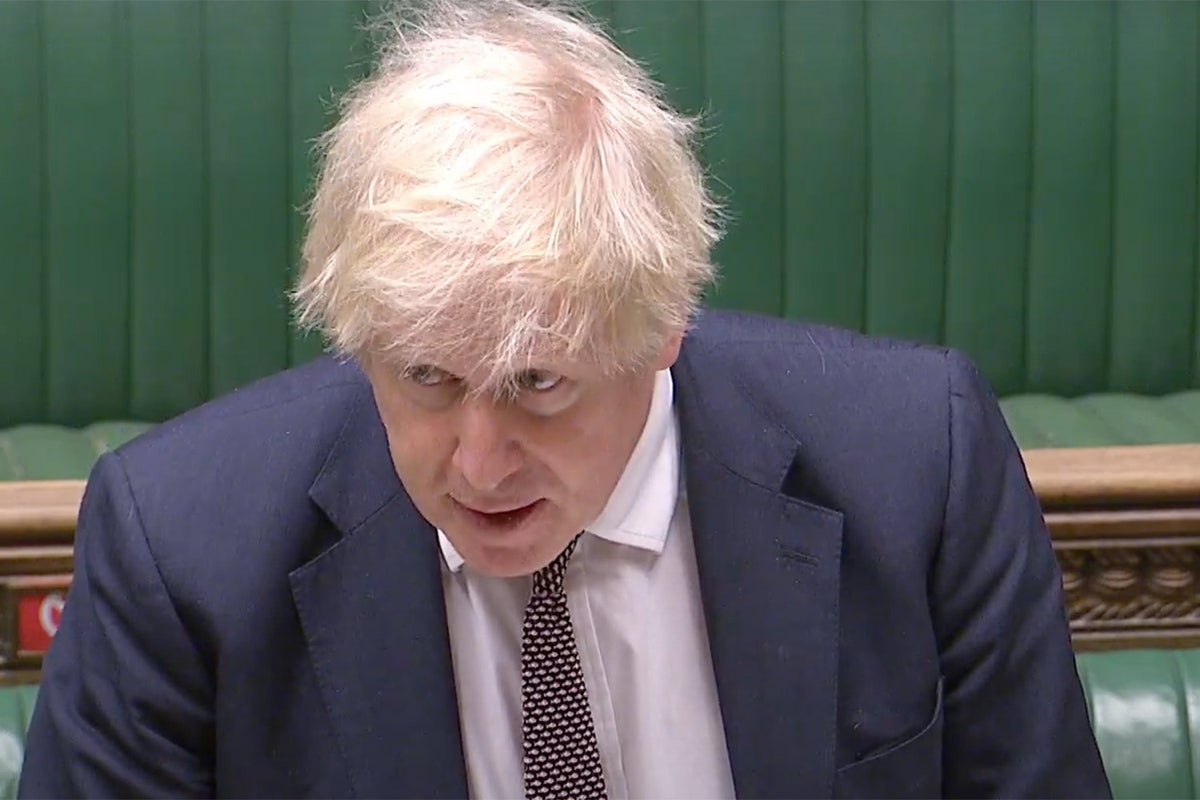 ondon leaders are calling on Boris Johnson to urgently introduce tougher coronavirus restrictions or risk putting an “unsustainable strain” on the NHS and public services.

This includes the closure of places of worship. They have also called for the Government to distribute more Covid vaccines across London, after it emerged that the capital was losing out to the rest of the country.

It comes as Mr Johnson told PMQs that images of meagre food parcels were an “insult to the families that have received them”. He was also facing questions by senior MPs about the vaccine rollout.

“And that is an astonishing number. I believe it is the highest in Europe.”

The Prime Minister said there would be greater sharing of information between the NHS and local authorities from this week.

“By the end of this week I want public health directors in local government to know who is being vaccinated in their communities.

“It is going to be essential as we go forward that local authorities know who has been vaccinated and can lead the fight in their areas.”

The UK today suffered its deadliest day ever after 1,564 more people lost their lives to Covid

Positive cases also rose by 47,525 – bringing the total number of infections to 3,164,051 – as minsters debate whether lockdown rules should be tightened.

Boris Johnson said: “These images don’t reflect the guidance. It’s a scandal and a disgrace that some companies are trying to get away with  the provision they are offering. I want to see the companies that provide lunch packs do so properly.

“You can’t assume households have the supplies of other ingredients to make lunches. The packages that were on offer were woefully inadequate.”

Does Boris Johnson regret saying Donald Trump should get a Nobel Peace Prize?

Boris stutters: “I’m sorry.. I’m in favour of the Prime Minister of the UK having the best possible relationship with the President of the US. I had an excellent conversation recently with President Elect Joe Biden.”

Robert Halfon speaks of damage to children missing school, asks: “What is the long term plan for education?”

Boris replies: “We do have a long term plan we will give disadvantaged children a further £2.4 billion through pupil premium. The sums we are spending on holiday and activities programme. A huge gap in our provision for over 18s and over 23s will be filled by the life time skills guarantee.”

No evidence of South African or Brazilian variant being vaccine resistant

On getting out of Lockdown, the PM tells the Liason committee: “Some early signs of progress in restraining growth of virus flattening in some parts. It’s far too early to say we can go to any relaxation in mid-February. In the meantime, the tragedy is for so many kids they won’t get the education they need. That’s why we fought to keep schools open for as long as we did.”

Grilled by Robert Halfon on whether government have been ripped off by Chartwells on skimpy food packages for children.

The PM says: “Those images are not representative of government guidance. It’s up to schools as to whether to use food parcels or 75 per cent are distributed through vouchers and the Government is increasing the value of those.”

PM ‘Encouraging data that people more enthusiastic on getting vaccine’

The PM was quizzed for a one word answer on how long it will be before people vaccinated can return to their normal lives.

Boris Johnson said: “I can’t say anything on transmission yet. When we have data we will let you know.”

A plan for social care will be published later this year, Boris Johnson confirmed.

The Prime Minister said: “The pandemic has highlighted the difficulties that the social care sector is in – it clearly needs reform and it needs improvement.

“But there is also the issue of people being forced to sell their homes to pay for their care and that’s something that we want to address and we will be bringing forward plans later this year.”

He said the social care sector should have a “long-term plan”.

Wall of silence from NHS on vaccination areas

PM grilled on blockages of data sharing on how many people vaccinated in their area.