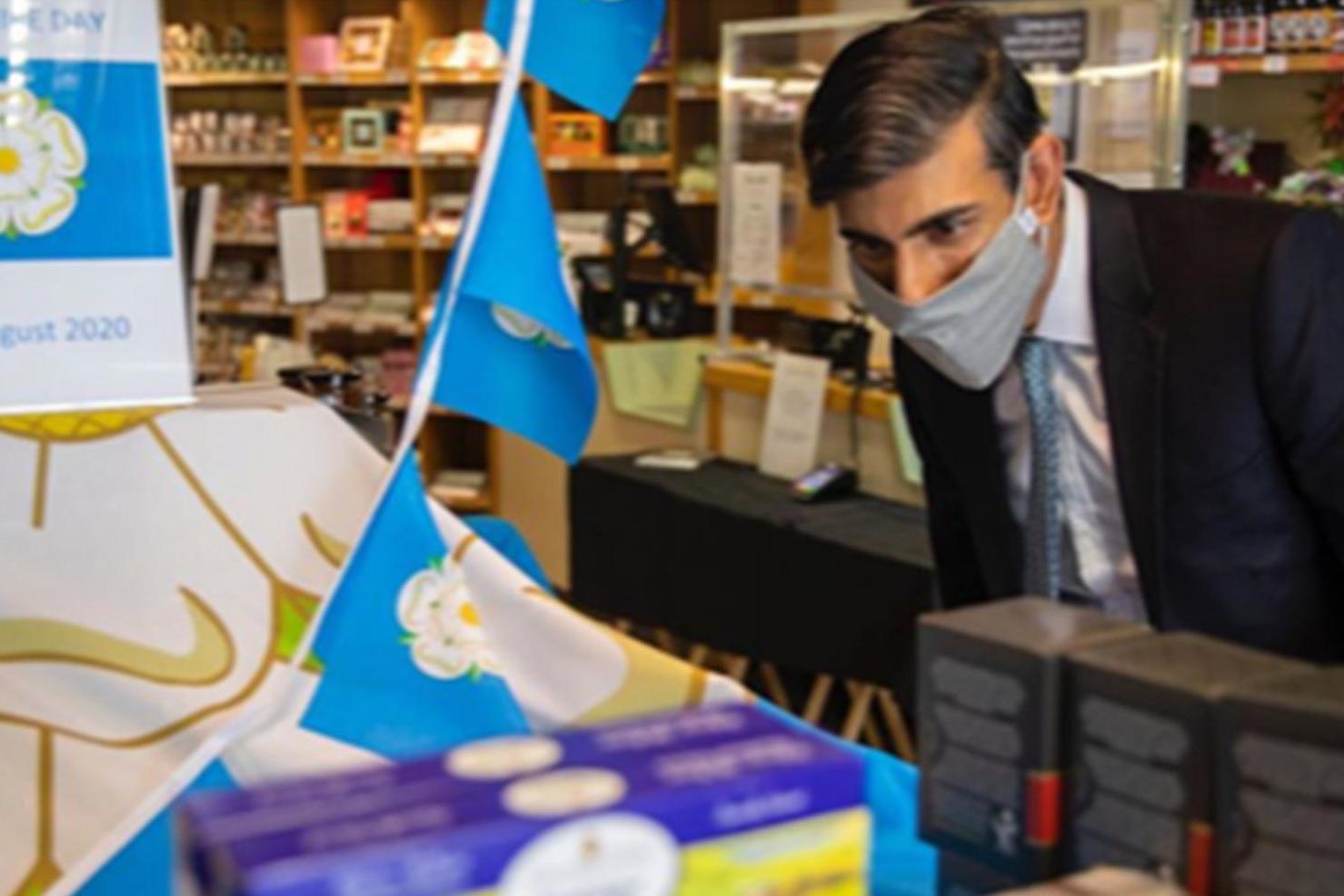 The Chancellor is considering tax hikes of up to £20 billion as Treasury officials weigh up the staggering costs of the coronavirus crisis, according to reports.

Rishi Sunak is looking at raising capital gains tax and corporation tax in the November Budget, while money could also be clawed back from pensions and foreign aid, the Sunday Times reported.

It comes after a series of Government U-turns that have shaken the faith of some Tory MPs in Boris Johnson’s leadership, from the fiasco over exam results to the decision over mask-wearing in secondary schools.

In other developments, the UK’s Covid-19 death toll has risen by one overnight, with another 1,715 cases confirmed, and the global infection tally has hit another grim milestone – passing 25 million.

Hope for next year… sort of:

The health ministry said the cumulative number of Covid-19 deaths rose to 30,606 from 30,602 reported on Saturday.

The number of people in hospital with the disease is now 4,535 – a decrease of five from the day before.

And in neighbouring Ireland:

Another 42 new cases of Covid-19 have been diagnosed in Ireland, the National Public Health Emergency Team has announced.

No further deaths were reported.

Here are the latest UK figures:

Passengers travelling back from Zante have had a rough time this week:

Another 49 people have tested positive for Covid-19 in Northern Ireland, the department of health said.

A further three people who tested positive for coronavirus have died in hospital in England, bringing the total number of confirmed reported deaths in hospitals in England to 29,550, NHS England said on Sunday.

The patients were aged between 51 and 93 and all had a known underlying condition.

The dates of the death were all on or after August 26. Another three deaths have been reported with no positive Covid-19 test result.

A total of 2,494 patients have died in Scotland after testing positive for coronavirus.

Statistics published on the Scottish Government website show 20,318 people have tested positive for the virus, up by 123 from 20,195 the day before. The number of new cases is 0.7 per cent of those tested, the same as the day before.

Six of the new cases are in the Grampian health board area, 39 in Greater Glasgow and Clyde, 26 in Lanarkshire and seven in Tayside.

There are 255 people in hospital with confirmed or suspected Covid-19, an decrease of three in 24 hours.

Of these patients, five were in intensive care, the same figure as the previous day.

There has been widespread condemnation of the incident involving dozens of people in the town close to 1am on Sunday.

The Vintners’ Federation of Ireland tweeted: “We all have a duty to behave responsibly.

“Scenes last night in Killarney hugely upsetting for everyone following the guidelines and for publicans desperate to open.”

A Twitter page that represents pubs in Co Kerry posted: “Disgusted for all law abiding publicans to see scenes like this in Killarney last night, especially while the majority of pubs are still shut down.

“Close down the business that sold them the takeaway pints immediately and enforce the new garda laws.”

Assistant Chief Constable Nick Davison, who is leading the Norfolk Police operation, says it is “extremely disappointing” to see such events taking place amid the pandemic

He said: “We’ve deployed a number of resources to the scene including the drone unit, dogs, the National Police Air Service helicopter and specially-trained public order officers who are experienced in dealing with such events.

“Following assessments, it’s clear this is a well-established and planned event which is due to go on until tomorrow.

“We are working to close the event down in a controlled manner, taking the safety of those in attendance and our officers into account. Due to the number of people at the event, additional policing resources will be needed and this will take time to resource.

“Coronavirus is still with us and continues to be a real threat, so it’s extremely disappointing to see these types of events taking place when the rest of our communities are doing everything they can to help stop the spread of the virus.

“We will work to identify organisers, seize equipment, deal with any criminal offences and impose penalties where evidence is available.”

Norfolk Police said officers are at the scene of an unlicensed music event at Thetford forest which started late on Saturday night.

More than 500 people are in attendance with more than 100 vehicles on site in an isolated area of the forest, near to the English Heritage site Grimes Graves, the force said.

They said officers are “working to close the event down in a safe and controlled manner” and added that paramedics have been called to the scene following reports a man had become unwell.

The Opinium snapshot survey showed both parties polling neck and neck at 40 per cent, with the Liberal Democrats on 6 per cent….

The Duchess of Cambridge said she was “overwhelmed” by the response to her photographic lockdown project, as she chose the final images to be featured in a digital exhibition.

She was joined by a panel of judges to select 100 images from more than 31,000 entries in her Hold Still photography project, which was launched with the National Portrait Gallery in May.

Kate invited people of all ages across the UK to submit a photo which they had taken during lockdown, and in the six weeks that the project was open 31,598 images were submitted.

Speaking with the judges on a virtual chat, the Duchess of Cambridge said: “I’ve been so overwhelmed by the public’s response to Hold Still, the quality of the images has been extraordinary, and the poignancy and the stories behind the images have been equally as moving as well.”

Under the new measures, which started on Friday ahead of the bank holiday weekend, organisers of illegal raves will be hit with £10,000 fines.

West Midlands Police said it had dealt with about 90 reports from the public about possible breaches of restrictions by Sunday morning “but we’ve not had to use our enforcement powers”.

The force said the weekend had so far “been dominated by reports of house parties, rather than the really big gatherings we’ve seen earlier in recent weeks”.

Also on Sunday, Welsh police said they were in attendance “at a large gathering of people for a rave in the Banwen area” in Neath Port Talbot.

South Wales Police said: “We are working to engage with organisers and attendees in order to remind them of their obligations under the current coronavirus legislation and the overarching goal for everyone to take personal responsibility by following Welsh Government regulations to keep Wales safe.”

They said people gathered “will know that their actions are irresponsible” and the force urged parents and guardians of young people to make sure they know their whereabouts.

Chief Secretary to the Treasury Stephen Barclay said the Government was “keen” for people to stop working from home where possible.

The comments followed conflicting signals on the issue from Cabinet ministers in recent days.

Mr Barclay told Times Radio: “We are keen to get people back in the office. We think that’s best for the economy to get back to normal as part of our recovery.

“So, we are keen to see that take place. Clearly, these are conversations that businesses will be having with their staff.”

Mr Barclay told Times Radio: “Treasury ministers don’t get into what a Budget will or will not do. And particularly on tax measures ahead of that, that’s for the Chancellor, the Budget.”

He added: “There is always four moving parts to this. The key objective within the Treasury is to get growth.

“There is then a balance between the other three moving parts of debt, of spending, spending feeding into that, and tax.

“And what’s your trade-off then between your spending measures and your tax measures. The real objective is to reduce the economic scarring from Covid.”

India registers a record 78,761 new coronavirus cases in the past 24 hours, the worst single-day spike in the world

The Health Ministry also reported 948 deaths in the past 24 hours, taking total fatalities to 63,498.

India now has the fastest-growing daily coronavirus caseload of any country in the world, and has reported more than 75,000 infections for the fourth consecutive day.

Sunday’s surge has raised the country’s total virus tally to over 3.5 million and comes at a time when India is reopening its subway networks and allowing sports and religious events in a limited manner from next month as part of efforts to revive the economy.

The crowded subway, a lifeline for millions of people in the capital New Delhi, will be reopened in a phased manner from September 7.

Schools and colleges will, however, remain closed until the end of September. The South Asian country has the third-highest caseload after the United States and Brazil, and its fatalities are the fourth-highest. 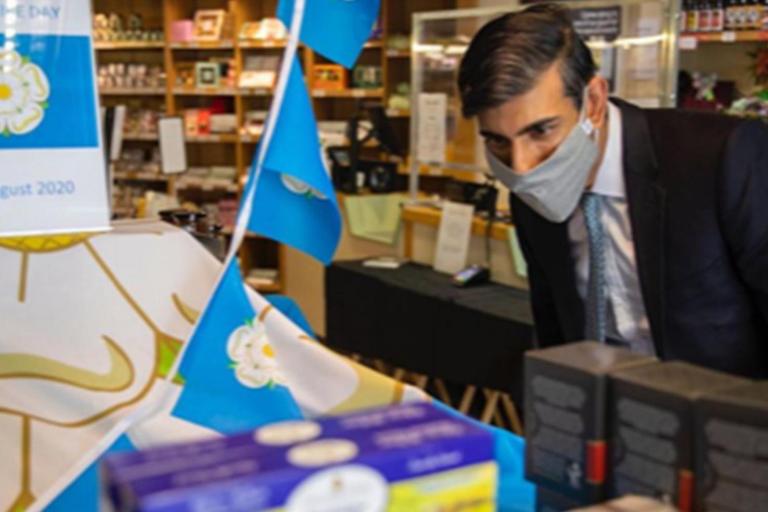