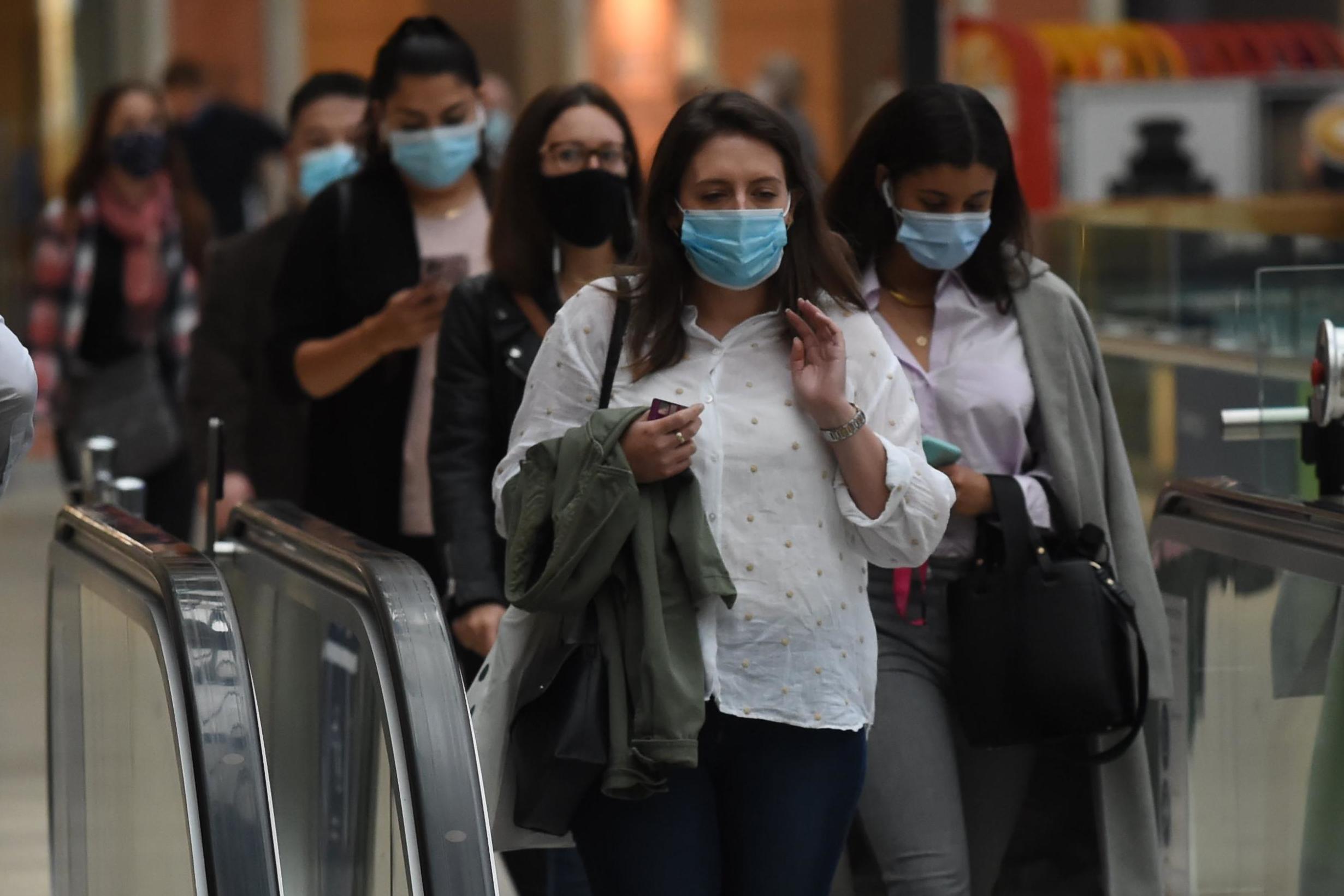 New coronavirus restrictions, including local lockdowns and the rule of six, could be having a positive effect on the spread of Covid-19, with research showing new infection rates are starting to slow.

Results from the largest Covid-19 study by Imperial College London and Ipsos Mori shows the R rate in England appears to have fallen from 1.7 to around 1.1 this month, potentially reinforcing the need for protective measures.

It comes after Boris Johnson told the country that he “will not hesitate” to introduce harsher measures if necessary, adding that Brits can “give ourselves the best possible chance of avoiding that” if “we work together now”.

His comments at a Downing Street press conference were echoed by a warning from England’s chief medical officer Professor Chris Whitty, who said there was a “long winter ahead of us”.

Environment Secretary George Eustice said a decision had not yet been made on further coronavirus restrictions being put in place in Merseyside.

“I know that there are some discussions, I understand, that are going on about the situation in Liverpool, but no decisions have been taken yet,” he told BBC Breakfast.

“It’s not really possible for me to say what they may or may not do since I think there’s currently dialogue between health officials and the local council there.”

When pressed further, he added: “My understanding is a decision hasn’t been made, but I am aware that discussions have been taking place about what further restrictions might be needed, I think particularly around Merseyside and Liverpool.”

Commons Health Select Committee chairman Jeremy Hunt said regular testing of all hospital staff would give the public confidence to use NHS services.

“The way you give people confidence is by saying that every member of staff in this hospital, everyone who has any contact with patients, is being tested once or twice a week,” the former health secretary told Times Radio.

“There are definitely measures that you can take and I think hospitals have shown incredible resilience in tackling these kind of logistical challenges.

“But I do think it’s very important as we go into winter, when hospitals are going to become a lot busier anyway, that we avoid what happened.

“One major London teaching hospital had more than 40% of their staff infected. That’s an incredibly dangerous thing to allow to happen and that’s what we have got to make sure doesn’t happen this time.”

Speaking on BBC Breakfast, mayor of Liverpool Joe Anderson said he believed the Government was considering measures including ensuring that restaurants were taking bookings only.

Mr Anderson said measures to restrict travel, in place in parts of Wales, had not been put forward by ministers.

He said there were 9,000 schoolchildren self-isolating in the city as well as 500 teachers.

He said 20,000 students had also returned to the city which could have contributed to the rise in infection rates.

All NHS staff should be tested weekly for Covid-19, MPs say

All NHS staff should be tested weekly for Covid-19 as a matter of urgency, MPs have said.

The Health and Social Care Committee said it was “yet to understand” why this had not been introduced and called for it to happen as quickly as capacity allows and “certainly before winter”.

The cross-party group of MPs said staff treating patients should not be put at any “further unnecessary risk” of catching or spreading coronavirus.

Jeremy Corbyn has broken the rules:

Former Labour leader Jeremy Corbyn has apologised for breaching the “rule of six” after being pictured at a dinner party for nine. Mr Corbyn, his wife and fellow guests at the gathering in London last weekend now face fines totalling up to £1,800.

The MP for Islington North has since apologised for his “mistake.” He told The Sun: “I recently had dinner at a friend’s house where the number of guests eventually exceeded five.

He said he expected households to be banned from mixing in public venues, as they have been in the North East of England.

He said: “We’ve already been told there will be restrictions and regulations put in place similar to Newcastle and the North East, so we expect that, but potentially also the Government might introduce even stricter measures so we’ve just got to wait now and see what they announce.”

George Eustice is speaking to BBC Breakfast about coronavirus restrictions:

Environment Secretary George Eustice has said that the Government will be offering grants of up to £1,500 for businesses affected by local lockdowns.

He said the Treasury is working to “stand this up very quickly” and make the funds available soon.

Ex-cabinet minister Jeremy Hunt said the local lockdowns may have prevented the current second wave of infections from taking hold across the country.

He told BBC Radio 4’s Today programme: “I think the evidence from what happened earlier in the year, not just in this country but all over the world, is that acting early, decisively, quickly, is actually the best way to contain the spread of the virus and that’s what I think Chris Whitty and the Prime Minister are saying.

“One of the things that is often not noted about Italy was the successful way in which they managed to contain the outbreak of the virus in northern Italy, in Lombardy, and avoid it spreading to the rest of the country.

“Now, we didn’t manage to do that first time round but it just may be that these local lockdowns, although we haven’t seen a big reduction in transmission within those areas, they may just have contained it and stopped it from becoming the national outbreak that we had before.”

Former health secretary Jeremy Hunt said, as a starting measure, all NHS staff in hotspot areas for Covid-19 infections should be tested on a weekly basis.

Asked if he was confused about why more frontline testing was not being carried out, he said: “I am puzzled and I know there are some capacity issues.

“(Professor) Chris Whitty actually moved towards this position somewhat when he said in July that he did agree with routine testing of asymptomatic NHS staff in hotspot areas – I would like it to be everywhere, but he accepted it was the right thing to do in areas where there is growth.

“But that is not happening.

“Some of those hospitals are trying really hard to test all their staff using their own laboratories but to do that on a weekly basis, they need support from NHS Test and Trace, they need additional reagents and what we really need is for the Government to say, ‘You need to make this happen at least in areas where there is high prevalence and we will help you if you can’t do it yourself’.”

Rolls-Royce has unveiled plans for a £2 billion investor cash-call and bond sale to raise at least a further £1 billion to bolster its balance sheet in the face of the coronavirus crisis.

The Derby-based engine maker said the fundraising would help it weather wider economic risks from the pandemic, which has hammered the aerospace industry.

It comes on top of a major restructuring announced by Rolls in May that will see it axe 9,000 jobs globally in response to the crisis – 3,000 of which will be in the UK.

Mr Eustice said he did not recognise the figure figure of four million people facing unemployment.

The Environment Secretary said that he has seen a projection of two million people being unemployed although he did not specify from where.

He did say that the restrictions will have an impact on people’s jobs. He said:

This is a very difficult balance we are trying to strike.

The Environment Secretary has said winter is coming but the UK can try to “dampen the spread” of the virus by continuing to wash hands, social distance and wear face masks.

He urged people to pay attention to hygiene and to avoid large groups.

The Covid-19 infection rate is starting to slow after tighter restrictions came into force, results from the country’s largest study into the virus has found.

The R rate appears to have fallen from 1.7 to around 1.1 this month based on early results from a study by Imperial College London and Ipsos Mori.

The director of the programme said this could mean efforts to control the virus could be working and that this reinforced the need for protective measures.

Good morning from the Evening Standard.

Here’s the top stories you’re waking up to:

Your morning briefing: What you should know for Thursday, October 1

The R rate appears to have fallen from 1.7 to around 1.1 this month based on early results from a study by Imperial College London and Ipsos Mori.

Earlier in the Commons, Sir Bernard Jenkin, Tory chairman of the Commons Liaison Committee, told MPs people were not valuing what Parliament has to offer

He said: “The Government has made something of a rod for its own back by heaping a certain amount of derision and contempt on what Parliament is for and what we can do and what we can contribute to this.

Sir Bernard said he did not believe Boris Johnson leads a “Cromwellian government” which wants to abolish Parliament, but added: “There should be some lessons learned from this that there is a fundamental principle in our politics – that the Government cannot govern without the consent of the House of Commons.

“I’d go further than that, a slightly more party political point, which is the Prime Minister cannot lead his parliamentary party unless he has their consent and therefore will find the act of governing very much more difficult and complicated if that consent of the party in office – amongst the Members of Parliament – is not gathered together and led.

“I think the Prime Minister has gone to some lengths to bring back some consultation with the parliamentary party in recent weeks, but let there be some lessons learned from the previous attitude which seemed to be coming from the team around the Prime Minister.”

Earlier in the Commons, SNP’s Ian Blackford said it is “vitally important” that MPs have their say on restrictions which affect all of their constituents

Mr Blackford said: “The emergency and the extensive powers in this legislation have naturally and rightly raised questions and concerns. The nature and the imposition of measures that significantly alter individual liberties deserve full and frank scrutiny, no matter the context.

“And it is in that regard that it is really quite unhelpful that we have only been given a 90 minute debate today.

“My party has always made clear our serious concerns about the lack of scrutiny of the powers contained in the UK Government’s Coronavirus Act. That is exactly why during the passage of the second reading of the Bill we raised our concerns alongside others in this place.

“The UK Government needs to listen to those concerns, they were voiced long before Tory backbenchers started having trouble with the Government’s moves.

“These six-month reviews cannot be a rubber-stamping exercise. They must have the teeth to provide meaningful scrutiny, protect human rights and promote public health.” 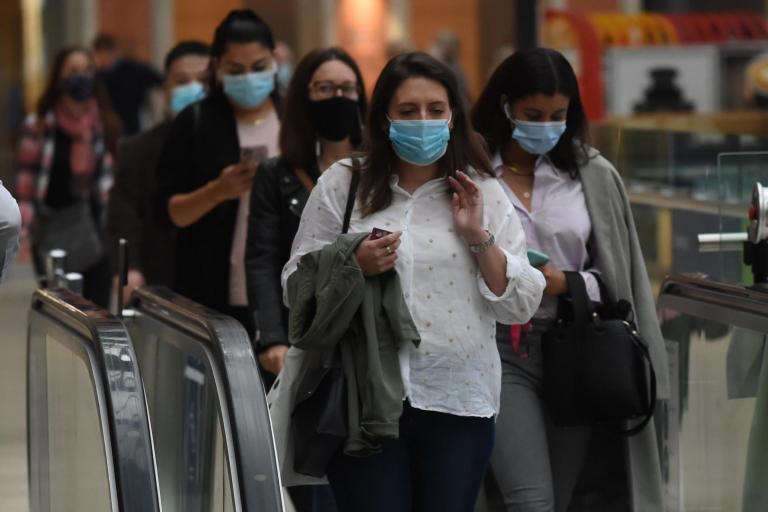