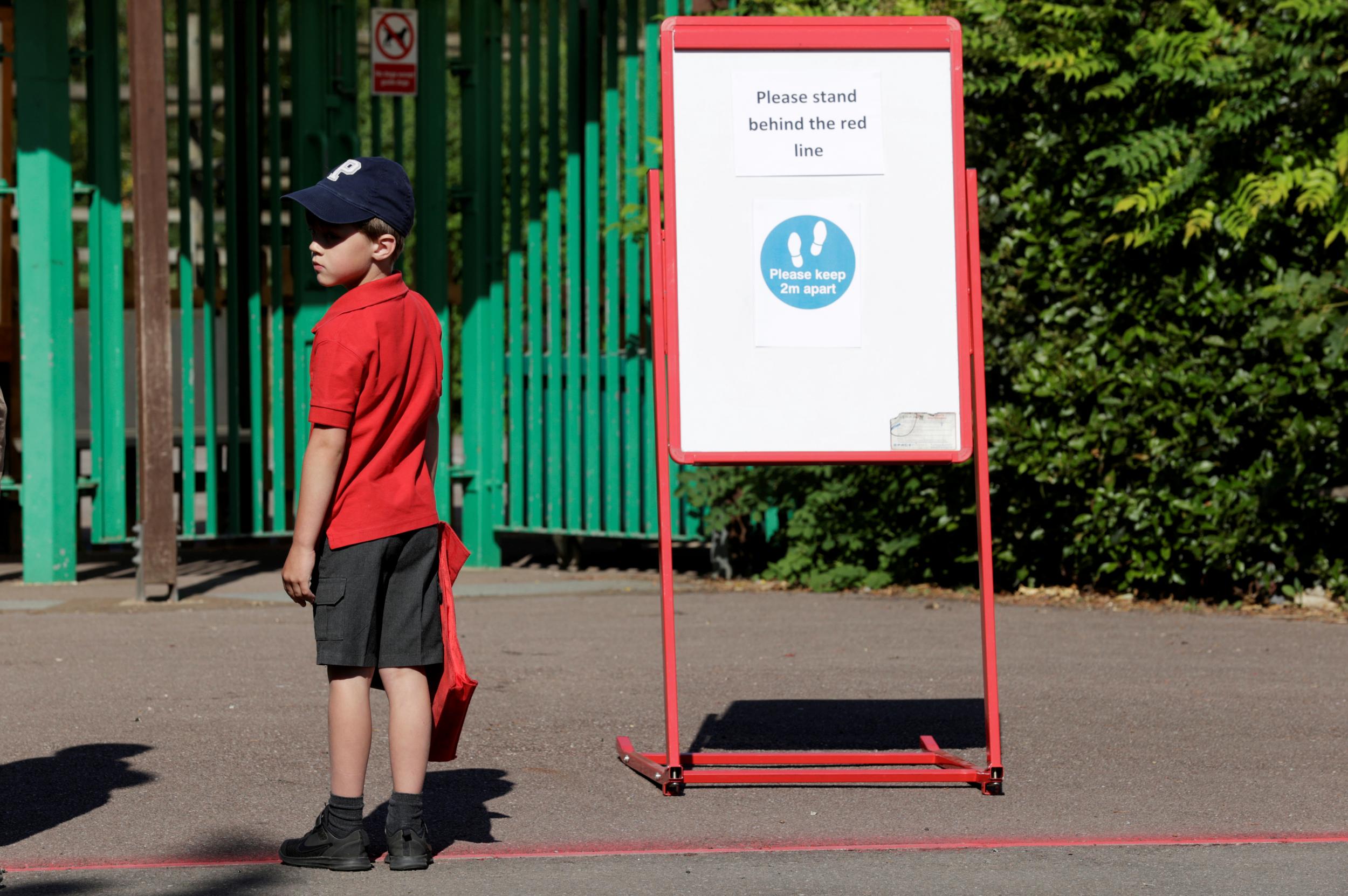 Gavin Williamson has outlined plans for schools to safely return in September as the number of coronavirus deaths in hospitals rises by 44.

Speaking at the Downing Street press conference, the Education Secretary suggested that school buses could be segregated to ensure pupils remained in their “bubbles” while deputy chief medical officer Dr Jenny Harries said that lessons could be taught outdoors to reduce the risk of transmission.

It comes after Boris Johnson said the threat of coronavirus was “not over” in an in an interview with the Evening Standard. The Prime Minister issued a plea to revellers, saying: “Do not undo the sacrifices you have made with reckless behaviour.” Bars, pubs and restaurants are among the venues swinging open their doors on July 4 .

Meanwhile, the number of people who have died in hospitals after testing positive for Covid-19 has risen by 44 in England, Scotland and Wales. Northern Ireland has yet to release its latest statistics today and the Government’s official figures will follow shortly.

Ban on evicting renters to end next month, Government says:

Ministers have been warned that thousands of people could end up sleeping on the streets after the Government said the coronavirus eviction ban for renters will end next month.

Housing minister Lord Greenhalgh said ending the suspension “is an important step towards ending the lockdown” as he confirmed the end of the moratorium for evictions from private and social accommodation.

The Tory peer said courts will begin to process possession cases again from August 24 after they were put on hold in England and Wales during the pandemic.

“The Government seems to be more interested in protecting landlords’ incomes than preventing families from losing their homes in the middle of a deadly pandemic,” the Labour MP said.

“If things go back to business as usual, many thousands of people will find themselves sleeping on the streets this winter.”

Shelter has previously warned that lifting the suspension without protecting renters would “unleash a wave of homelessness”.

The Taoiseach said he was “cautious” about international travel after so much success in suppressing the virus.

“We have to be very careful that the next steps do not in any way undermine that progress.”

Ministers are to receive more advice from public health experts on Friday.

“What is worrying the public health officials, worrying me, is continued volatility at the international level.

“Some countries doing well three weeks ago are not doing as well now.

“We have to be very cautious here.

“Economic recovery depends on continued suppression of the virus.”

Parents have been urged by one of England’s top doctors to “control their teenagers” outside school to stop the spread of coronavirus.

Air pollution fell by up to 50 per cent at commuter hotspots in London during lockdown, new data analysis has revealed.

Traffic pollution ‘fell by up to 50%’ during lockdown in London

The pollutant nitrogen oxide (NO2) decreased by 30 per cent on average around key transport routes through the city over the past three months including at Borough High Street by London Bridge, at South Street adjacent to Park Lane, and on Cowcross Street near Farringdon railway station.

NO2 is produced when fossil fuels such as diesel, petrol or natural gas are burned.

The owner of Bella Italia, Cafe Rouge and Las Iguanas has said it plans to cut 1,909 jobs after calling in administrators.

The company said it would close 91 of its 250 restaurants, but has saved others for now.

It still leaves around 4,050 workers at the company’s sites across the UK. The board said that entering administration was in the best interest of stakeholders during the “extreme operating environment” it is having to trade through.

Welcome to the Evening Standard’s daily podcast, The Leader, bringing you exclusive analysis and insight of the events setting the news agenda tonight.

The Leader is inspired by each evening’s Evening Standard’s editorial column, as it focusses on and dissects the day’s major news events across the capital, the country and the world. In today’s daily news podcast:

Gavin Williamson suggested that school buses could be segregated to ensure pupils remained in their “bubbles” to limit the spread of coronavirus.

The Education Secretary told the Downing Street briefing the Government would be working closely with local authorities on the issue to make sure “depending on where we are in terms of dealing with this virus that the proper controls are properly in place on school transport”.

“Some of the information that we are sharing is making sure that the protection of those bubbles is in place as a result of home-to-school transport.”

Education Secretary Gavin Williamson said there were still 10,000 outstanding orders for equipment aimed at helping children learn at home but said some authorities had not put in requests for their pupils.

At the Downing Street press conference, he said:

We engaged on one of the most ambitious programmes in terms of distribution of technical equipment, in terms of laptops and also internet routers – we have seen over 202,000 of those distributed to local authorities and multi-academy trusts who then pass those on the schools.

We have got 10,000 orders that are still outstanding that will be fulfilled over the next few days.

But there are a number of local authorities and multi-academy trusts that have not placed their orders, but we are chasing those up.

Gavin Williamson insisted children would not be taught a “watered-down curriculum” when they return.

At the Downing Street press conference, he said:

It’s incredibly important that we have the same standards and rigour across our education system as we come out of lockdown as we had going into it.

We are not going to be in a situation where we see vital subjects cut out of children’s education.

So, the idea that there will be a watered-down curriculum is totally, totally untrue.

Deputy chief medical officer for England Dr Jenny Harries said lessons could be held outside in order to reduce the risk of coronavirus transmission.

I’m very sure that from conversations that I’ve had from some of the teachers working with Department for Education that teaching site providers are finding very innovative ways to manage that particularly for example in the summer.

You can have a group of children in a lesson outside and that reduces your risks instantly.

Deputy chief medical officer Dr Jenny Harries has urged parents to “control their teenagers” outside school to stop the spread of coronavirus.

She told the Downing Street press conference: “The original guidance recognised that the transmission risks were potentially more in the social behaviours of the teenagers – the older children out of school – than they potentially were in school.

“School is quite a controlled environment and perhaps trying to encourage families as well – I know it is difficult because I’ve been there – but to try and control their teenagers in their social interactions outside of school as well.”

Dr Harries said the outbreak in Leicester was not caused by the return of schools, saying it was “community transmission”.

“This is not a picture of a particular focal point, and certainly not on schools.”

Education Secretary Gavin Williamson said the outbreak in Leicester was “not something about schools returning”.

Mr Williamson has said there will be no “watered-down” curriculums and that schools will still be subject to Ofsted inspections.

At a Downing Street press conference he said:

We recognise how vital these breakfast clubs are, the wraparound care and provision are, for children, for parents, for families and whole communities.

That’s why we have been issuing guidance to guide schools to be able to make sure they make this available for parents, for children, because we have all seen with our own children how much they benefit from them.

We want to see these opening alongside the full opening of schools in September and we are also going to be ensuring that the many activities that often take place on school premises during the summer holidays are going to be taking place.

We have been sharing that guidance with schools so they can benefit from that as well.

Mr Trump said the country “could’ve stopped” the pandemic, adding: “They know it and I know it.”

More than 1,900 jobs are set to be cut as Casual Dining Group, which owns Cafe Rouge and Bella Italia, said it would close 91 of its restaurants after calling in administrators.

School attendance will be mandatory from September, Mr Williamson has said.

The Education Secretary said they expect exams in summer 2021 to go ahead.

Mr Williamson said schools will be given a “limited number” of testing kits for pupils and parents who are unable to get to a testing centre.

Mr Williamson said that the Government has issued specific guidance to schools for pupils with special needs and disabilities.

Mr Williamson said he will outline how the Government plans to get children back to school full-time in September. 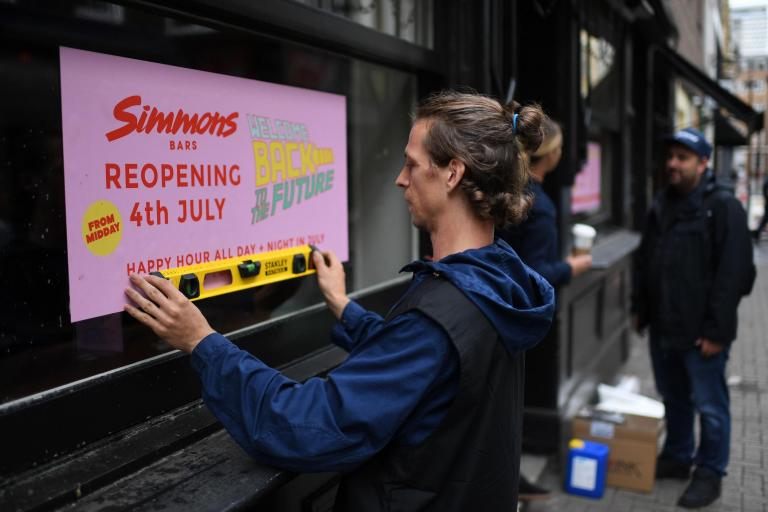