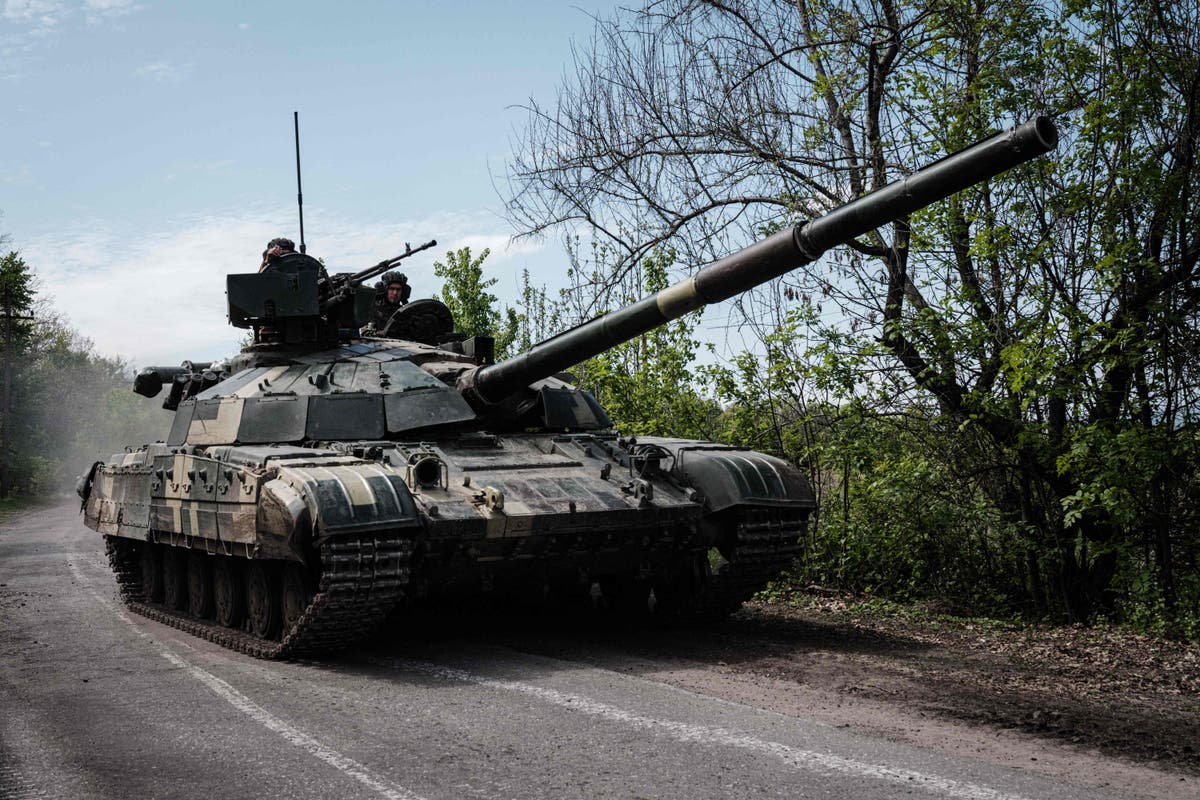 he UK will provide an extra £1.3 billion in military support to Ukraine, in a dramatic escalation of assistance for Volodymyr Zelensky’s forces as they fight the Russian invasion.

It is the highest rate of UK military spending on a conflict since the height of the campaigns in Iraq and Afghanistan.

Prime Minister Boris Johnson, US President Joe Biden and leaders from other G7 nations will hold talks with Ukrainian president Mr Zelensky on Sunday to discuss the further support on offer.

The Prime Minister will host a meeting of arms companies later this month to discuss increasing production in response to the demand created by the conflict in Ukraine.

Officials said the announcement would help support the British arms industry, which could benefit from the global shift away from reliance on equipment from Vladimir Putin’s sanction-hit Russia.

The Prime Minister said: “Putin’s brutal attack is not only causing untold devastation in Ukraine, it is also threatening peace and security across Europe.

“The UK was the first country to recognise the scale of the threat and send arms to help the Ukrainians defend themselves.

“We will stand by that endeavour, working with our allies to ensure Ukraine can continue to push back the Russian invasion and survive as a free and democratic country.

“In the process, we are bolstering our own security and economy, turbocharging the development and production of cutting-edge defence equipment here in the UK.”

The funding comes on top of earlier commitments worth about £1.5 billion, which included some £400 million in humanitarian aid and loan guarantees for £700 million in additional World Bank lending.

Chancellor Rishi Sunak said: “The situation in Ukraine continues to cause immense suffering with every day bringing new, tragic stories of Putin’s brutality.

“We are unwavering in our support for the people of Ukraine and this extra £1.3 billion will ensure we continue to provide the necessary military and operational support they need to defend themselves against Putin.

“The UK is at the forefront providing economic, humanitarian and defensive support to Ukraine and we are working tirelessly to bring an end to this conflict.”

In the US, Mr Biden has promised a package including artillery shells, radars and other military equipment.

The White House views the meeting as a way of displaying western unity on the eve of Moscow’s traditional May 9 victory day parade.

There has been speculation that the Russian president had hoped to use the symbolically important date to highlight his success in Ukraine, but the fierce resistance put up by Kyiv’s forces has scuppered any such claim.

The UK Ministry of Defence said Russia’s ability to fight with modern equipment was being damaged by losses in Ukraine and the impact of sanctions.

The MoD said at least one of Russia’s most advanced T-90M tanks had been destroyed in fighting, while sanctions were restricting access to microelectronic components for sophisticated equipment.

Meanwhile women children and the elderly were evacuated from the Azvovstal steel plant in Mariupol on Saturday. They were given safe passage after weeks of negotiations with Russia mediated by the International Red Cross and UN.

The complex has been left in ruins by Russian bombardment with hundreds of Ukrainian soldiers, man of them wounded, still fighting in the port city in a last pocket of resistance.