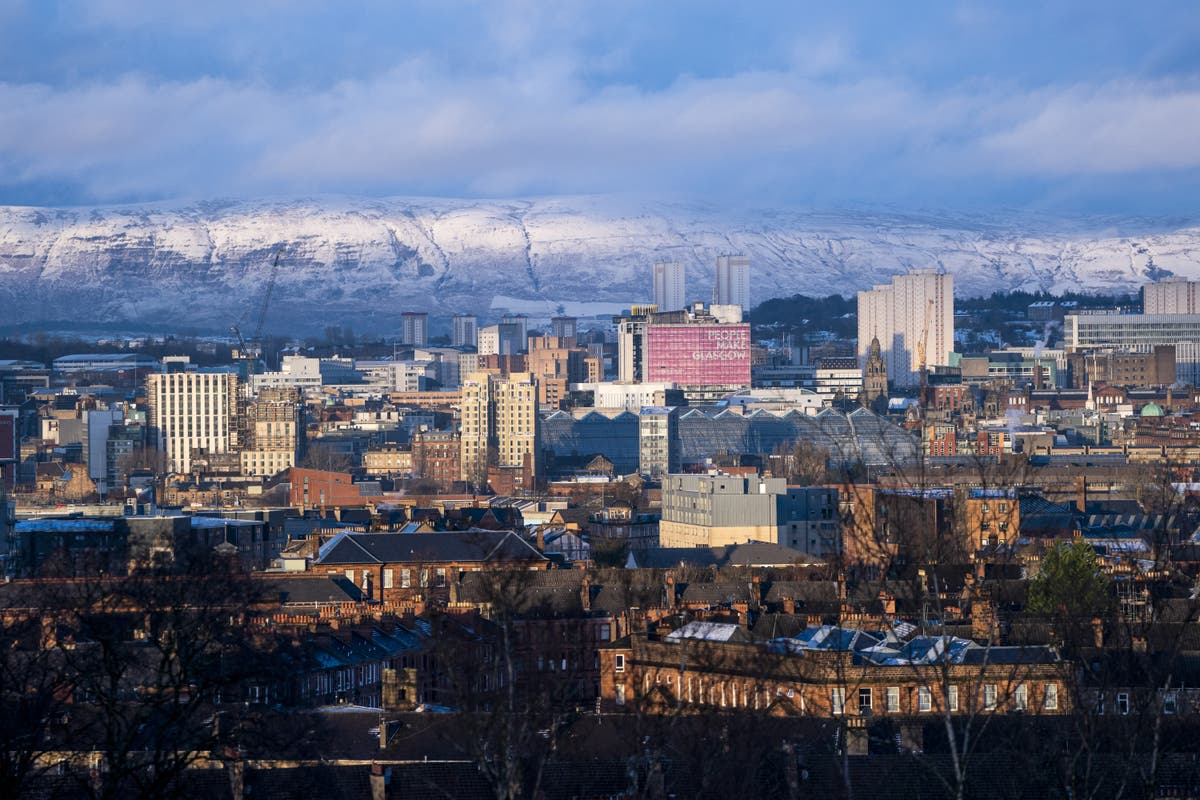 idespread heavy frost across Scotland will make ice a major problem in the early hours of Saturday while the rest of the UK is forecast to see low temperatures for a wet and windy weekend.

Friday night saw a Yellow Weather Warning for ice put in place for Scotland and parts of southern England and Wales- with some areas seeing as much as 11cm (4.3in) of snow.

And the threat continues, particularly in Scotland, where there remains a high chance of ice patches throughout the country.

Through the early hours of Saturday morning temperatures are expected to get slightly milder, with rain moving in from the West bringing with them wind, sleet and rain.

BBC forecaster Christopher Blanchett said: “Through the course of this evening and overnight, our concern is with ice and there is a Met Office yellow warning in force through west central Scotland and the south.

“There is a chance of icy patches almost anywhere and under clear skies temperatures are readily falling away to sub-zero and in rural parts of the north east perhaps minus 6C.”

NHS Greater Glasgow and Clyde (NHSGGC) has issued some unusual advice to “walk like penguins” in the icy conditions to avoid injury.

While it might seem silly to walk or waddle like a penguin, in the context of the wintery conditions we’re seeing today, penguins know best

The health service is urging people to bend their knees loosely, point their feet out slightly, extend their arms at their sides, walk flat-footed – taking short steps, and to keep their centre of gravity over their feet in order to avoid falling.

Linda de Caestecker, Director for Public Health at NHS Greater Glasgow and Clyde said: “While it might seem silly to walk or waddle like a penguin, in the context of the wintery conditions we’re seeing today, penguins know best.

“If you find yourself out and about in icy conditions, adopting the penguin stance is a really effective way to move without falling.”

He added it would be bringing cloud, rain and further snow across the hills, rain for most and will mean something a touch less cold as the weekend begins.

He said: “Initially very wet on Saturday but that rain clears through apace and for most of the day it is a case of bright sunny spells and rain showers.

“Those showers most frequent in the west, wintery on the hill tops, driest and brightest in the east.”

Temperatures in Scotland are expected to be between 6C and 8C and feeling cold in the brisk west wind .

Maximum temperatures in the South of the UK are forecast to reach around 10C or 11C. In the North of England around about 7C or 8C.

Into Sunday afternoon Scotland will likely be dry and bright for most, 4C to 7C.The forecast from Sunday in England is mainly dry and bright but with occasional showers in the west.

Outbreaks of rain are likely to spread east Monday, with the far southeast staying dry.

Mr Blanchett said of Scotland: “Looking ahead on Monday, showers and longer spells of rain. The thing you will notice is it will be a mild Monday with temperatures of 10C, 11C and maybe 12C.”