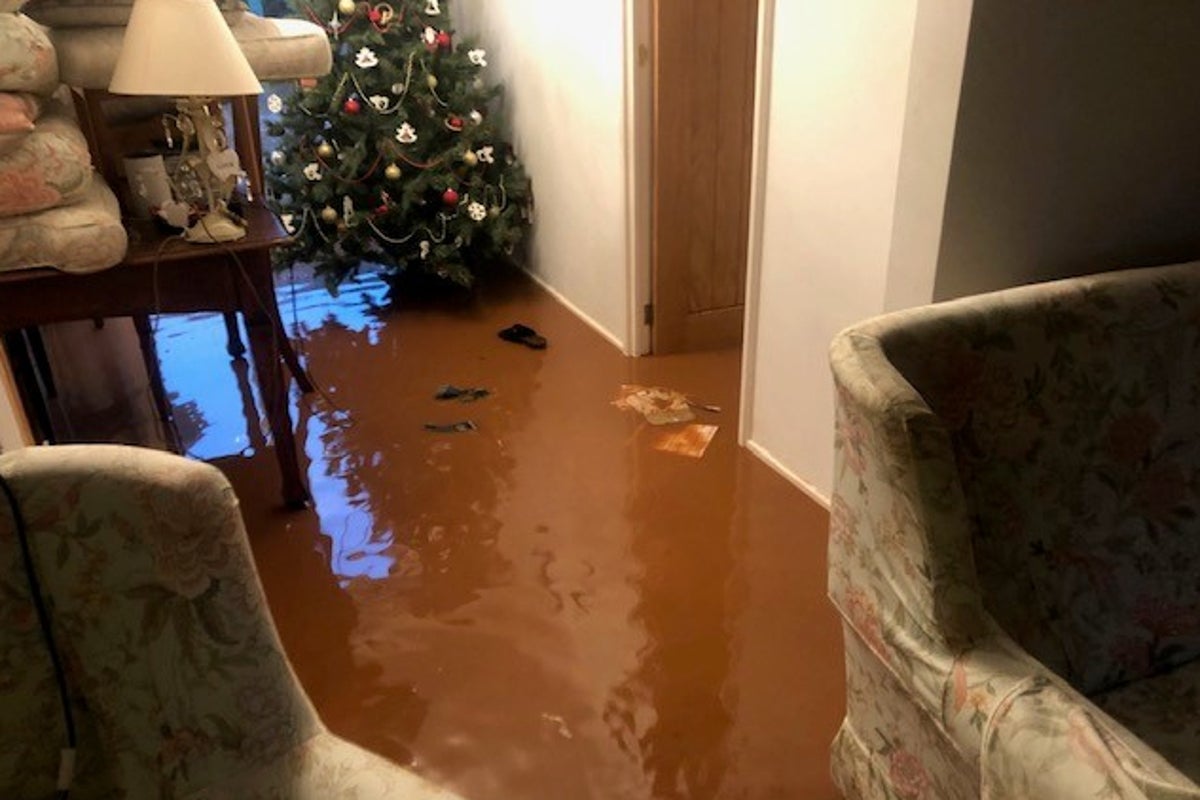 torm Bella is set to bring heavy rain and severe gales of up to 70mph in coastal parts of the UK.

The Met Office has issued an amber weather warning for wind as Storm Bella is expected to cause travel disruptions for parts of south England and south Wales.

A yellow warning for wind for the whole of England and Wales as well as the far south of Scotland has also been issued and will be in force from 3pm on Boxing Day.

Bedfordshire Police “strongly urged” residents living near the River Great Ouse in north Bedfordshire to seek alternative accommodation due to fears of flooding on Friday night.

On Christmas Day, Superintendent Steve Ashdown, who is leading the response, said officers had visited just over 1,300 homes in the area the previous evening.

“The river is currently at heightened levels and we’re predicting a significant flooding event by 8pm this evening,” he said in a video on Twitter.

“If you received one of those notices last night, you are in one of those properties that are most at risk from this flood. We would encourage you to leave if it is safe for you to do so, as soon as you are able to do so.

“Appreciate the timing of this at Christmas Day is not great, but the risk to you and your family and wellbeing is significant.”

He asked residents able to leave their homes to do so in a “Covid-safe way” if possible, recommending they go to one single location and stay there until it is safe to return in the coming days.

On Thursday, the Environment Agency issued two severe flood warnings for the River Nene in Northamptonshire, indicating a risk to life.

It comes after widespread flooding around the country saw people rescued from vehicles and others evacuated from their homes following a period of heavy rain on Christmas Eve.

One resident shared pictures of their home in the village of Sully in South Wales which was over-run with water after heavy rainfall.

The flooding even submerged their Christmas tree and presents for their loved ones.

Across England, a total of 111 flood warnings and 137 flood alerts, as well as the two severe flood warnings, remained in force at 5am on Christmas Day as huge amounts of water flowed through river catchments.

Northamptonshire Police said the emergency services were working through the night to evacuate more than 1,000 people from the Billing Aquadrome holiday park in the county.

The force said the heavy rain had caused flooding with water up to 5ft deep in places.

Reports of snow had come in from Leconfield in Humberside and Wattisham in Suffolk as of 5am on Friday morning, while parts of Greater Manchester saw snow during the afternoon.