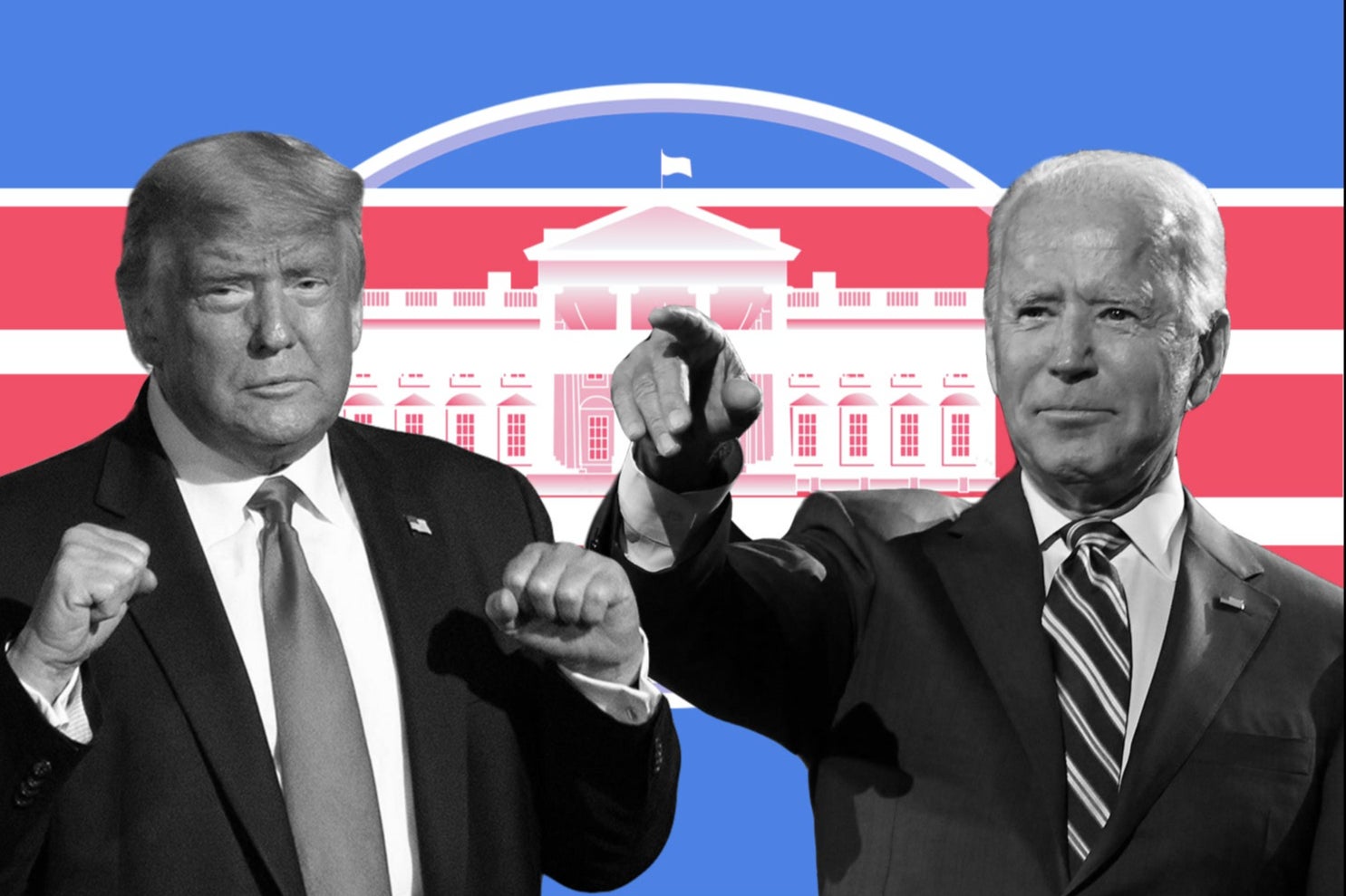 he fate of the US presidency is hanging in the balance as Donald Trump and Joe Biden fight it out for battleground states that could prove crucial in determining who wins the White House.

The two candidates split territory across the US after polls closed on Tuesday night, with neither candidate securing the 270 electoral college votes needed for victory. Counting is still under way in key battleground states including , Michigan, Pennsylvania and Georgia, where Mr Biden hopes to make up ground.

Mr Biden was back as clear favourite in online betting markets. Mr Trump kept several states, including Texas, Iowa and Ohio, but Mr Biden picked off other key areas, including New Hampshire and Minnesota. Florida, the most fiercely contested battleground on the map, went to Mr Trump.

Biden: “Once this election is finalised and behind us, it will be time for us do what we’ve always done as Americans. Put the harsh rhetoric of the campaign behind us, to lower the temperature, to see each other again, to listen to one another again.”

Biden tells the nation: “I’m very proud of our campaign. Only three presidential campaigns in the past have defeated an incumbent president. When’s it’s finished, God willing, we’ll be the fourth. This is a major achievement.”

Joe Biden says he and Kamala Harris are “on track to win more votes than any ticket in the history of this country”, around 70m votes, as he addresses the nation in Wilmington, Delaware.

The Republicans look set to retain control of the US Senate

The Republicans look set to retain control of the US Senate.

Republicans hold a 53-47 majority in the upper chamber of Congress, meaning the Democrats have been seeking a net gain of four seats.

Justin Clark, Trump’s deputy campaign manager, said in a statement that the campaign is “suing to stop Democrat election officials from hiding the ballot counting and processing from our Republican poll observers.” He said the campaign wants “to temporarily halt counting until there is meaningful transparency and Republicans can ensure all counting is done above board and by the law.”

Clark also said the campaign would seek to intervene in an ongoing Supreme Court case involving the deadline for receiving mail-in ballots.

There have been no reports by law enforcement of fraud or any type of ballot concerns out of Pennsylvania. The state had 3.1 million ballots mailed out that take time to count, and an order allows them to be counted up until Friday if they are postmarked by November 3.

There are 10 electoral votes at stake in Wisconsin, which will edge Biden closer to 270 and the keys to the White House.

In 2016, President Trump carried the state and won the presidential election.

Donald Trump’s campaign said it filed a lawsuit to halt the counting of ballots in the swing state of Michigan.

Campaign manager Bill Stepien said his team has not been provided with meaningful access to numerous counting locations to observe.

In the last few minutes, Trump continued to rage about counting in Michigan and Pennsylvania tweeting: “What a terrible thing is happening!”

Mr Stepien said: “We have filed suit today in the Michigan Court of Claims to halt counting until meaningful access has been granted.

“We also demand to review those ballots which were opened and counted while we did not have meaningful access. President Trump is committed to ensuring that all legal votes are counted in Michigan and everywhere else.”

Joe Biden has narrowly pulled ahead in Michigan, giving him the advantage in the key swing state, but many ballots still need to be counted.