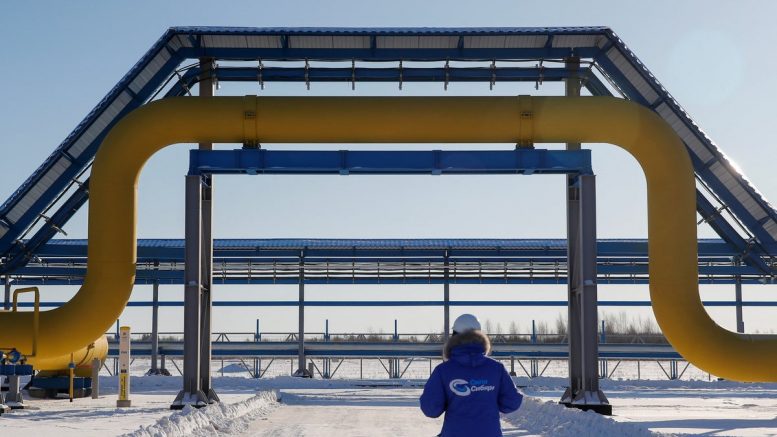 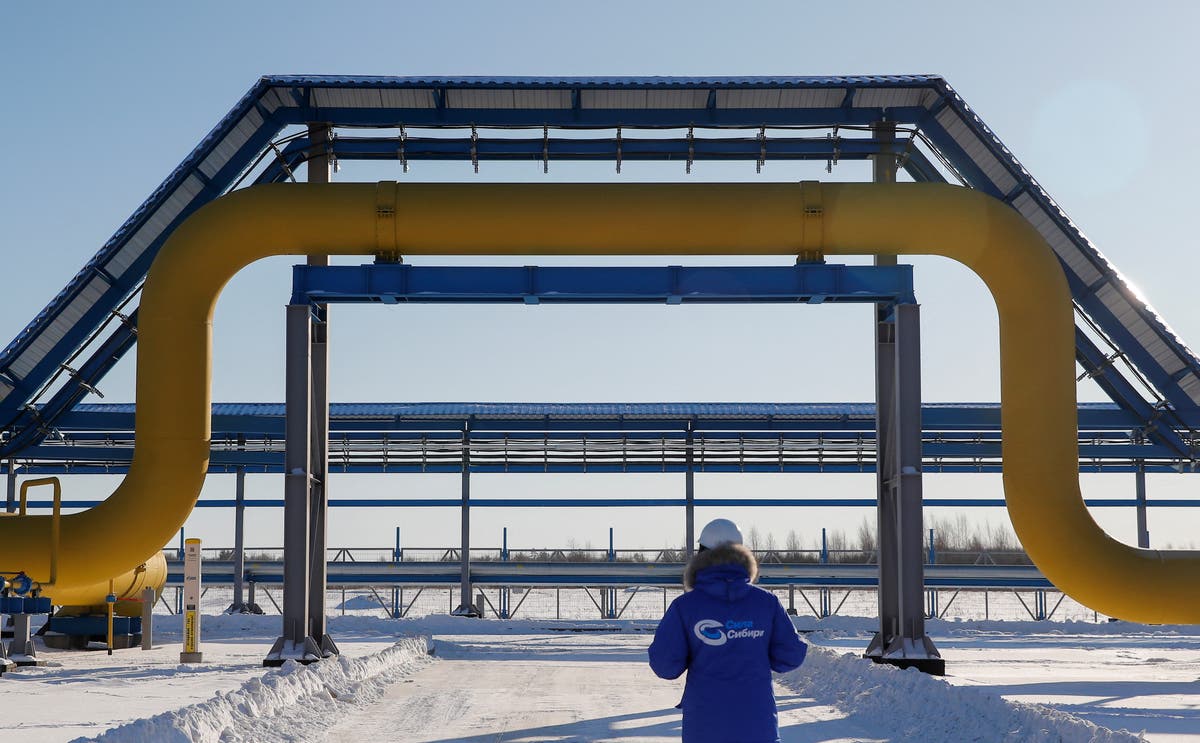 ussian President Vladimir Putin has issued a decree demanding payment for natural gas in roubles, but appeared to temper the order by allowing dollar and euro payments through a designated bank.

It is the latest twist over energy supplies that Europe relies on to heat homes and generate electricity.

The measure got a cautious reception from European leaders who insist payment will remain in euros and dollars and want to see the fine print of how the decree will be implemented.

Countries deemed “unfriendly” for imposing sanctions on Russia over its war in Ukraine can continue to pay in foreign currency through a Russian bank that will then convert the money into roubles, according to a Kremlin decree published by state media.

It came a day after the leaders of Italy and Germany said they received assurances from Mr Putin about gas supplies.

Mr Putin talked tougher, saying Russia will start accepting rouble payments on Friday and contracts will be stopped if buyers do not sign up to the new conditions, including opening rouble accounts in Russian banks.

“If these payments are not made, we will consider it a failure of the buyer to fulfil its obligations, with all the ensuing consequences,” Mr Putin said.

His proposal has caused natural gas prices to gyrate and raised fears it could be a prelude to an interruption of supplies to Europe, which is heavily dependent on Russian natural gas and would struggle with a sudden cut-off.

The German government on Wednesday declared an early warning of an energy emergency, the first step toward authorising government-imposed gas rationing for industry to spare homes and hospitals.

At the same time, Russia depends on oil and gas sales for much of its government revenue at a time its economy is under severe stress from Western sanctions.

Economists say the switch to roubles would do little to support the battered Russian currency’s exchange rate, since gas exporter Gazprom has to sell 80% of its foreign currency earnings for roubles anyway.

The decree Mr Putin signed and state news agency RIA Novosti published says a designated bank will open two accounts for each buyer, one in foreign currency and one in roubles.

Buyers will pay in foreign currency and authorise the bank to sell it for roubles on Moscow’s currency exchange. The roubles would then be placed in the second account, where the gas is formally purchased.

Speaking shortly after Mr Putin’s announcement, German Chancellor Olaf Scholz said gas contracts stipulate payment mostly in euros and sometimes in dollars. He said he made clear to Mr Putin in a phone call on Wednesday “that it will stay that way”.

“What his ideas are for how this can happen is what we will now look at closely,” Mr Scholz told a reporters in Berlin. “But in any case, what goes for companies is that they want to and will be able to pay in euros.”

Mr Putin announced last week that Russia will demand “unfriendly” countries pay for natural gas only in Russian currency, instructing the central bank to work out a procedure for buyers to acquire roubles in Russia.

The Group of Seven major economies, including Italy and Germany, rejected the demand.

Before the decree was announced, Italian Premier Mario Draghi said on Thursday he had received assurances from Mr Putin that Europe would not have to pay in roubles and played down fears that Moscow would cut off supplies.

Mr Draghi said Mr Putin told him during a 40-minute phone call on Wednesday evening that “existing contracts remain in force. European companies will continue to pay in dollars and euros.”

Mr Draghi said he referred the discussion about how it would work to experts and that analysis was under way “to understand what it means,” including whether “European companies can continue to pay as foreseen, if this means something for the ongoing sanctions.”

“The feeling is one I have had since the beginning, that it is absolutely not simple to change the currency of payments without violating the contracts,” Mr Draghi said.

The French and German finance ministers also said after meeting in Berlin that contracts cannot simply be altered and that they would examine what Mr Putin has proposed.