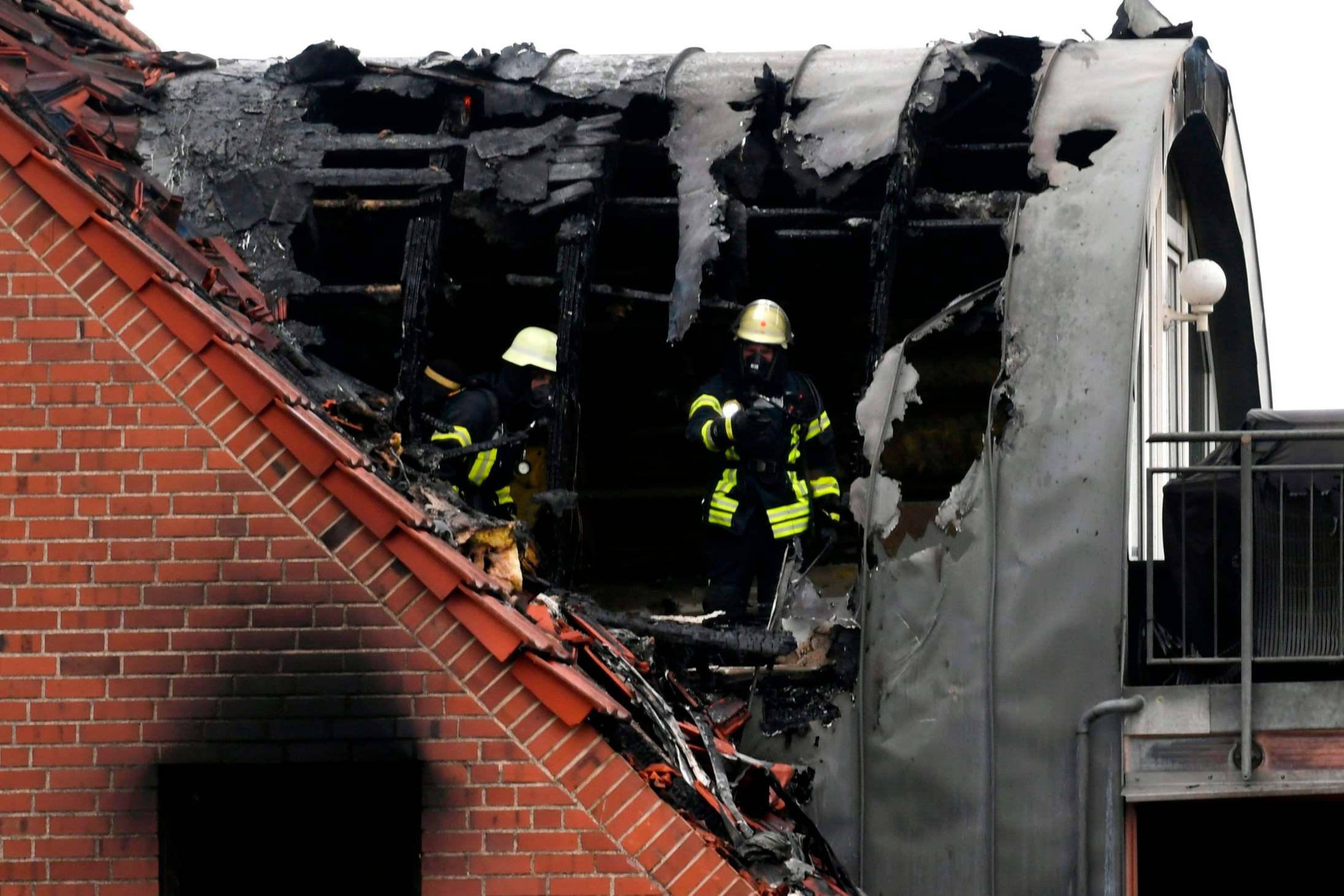 Three people have died after a plane crashed into an apartment block in Germany.

The microlight aircraft plunged into the housing complex in the city of Wesel, around 35 miles north of Dusseldorf, on Saturday afternoon.

The identities of the three victims have not yet been confirmed.

It is not known whether the pilot, who was earlier confirmed missing, is among them.

At least two other people were injured in the incident, including a child, a police spokesman told reporters.

Footage of the scene showed the roof of the building engulfed in smoke and flames following the crash.

The cause of the accident remains unclear, but eyewitnesses said the aircraft collided with a hot air balloon. 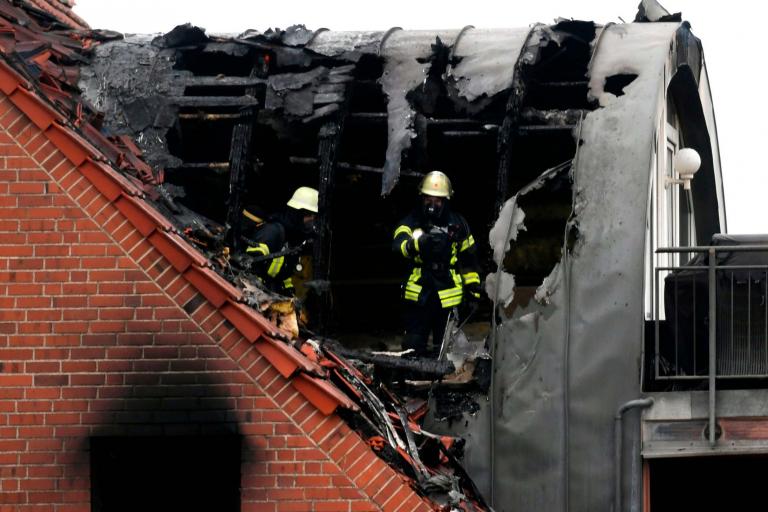